Crikey has been profiling the independents who could hold the balance of power in their hands. We've spoken to Queensland maverick Bob Katter and Lyne MP Rob Oakeshott, today we bring you New England MP Tony Windsor.

Crikey has been profiling the independents who could hold the balance of power in their hands. We’ve spoken to Queensland maverick Bob Katter and Lyne MP Rob Oakeshott, today we bring you…

Where? Inland, or ‘highland’ New South Wales, with a northern Queensland border and Tamworth in the south. According to the AEC website, New England covers an area of approximately 53,858sq/km and its main towns include Armidale, Barraba, Bingara, Delungra, Glen Innes, Guyra, Inverell, Minilla, Tamworth, Tenterfield, Uralla, Urbanville and Walcha. 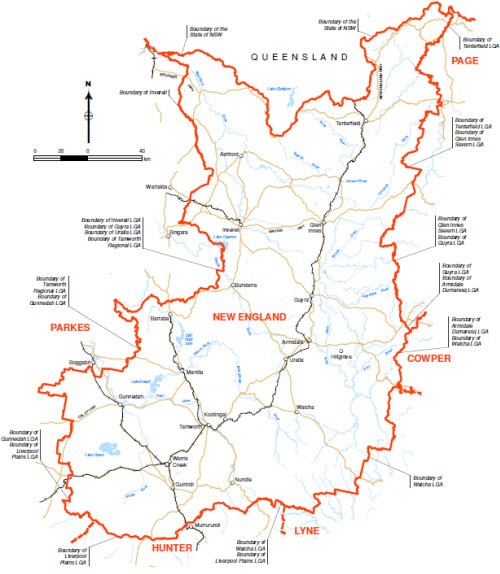 How long has Windsor been in politics? Windsor was elected representative of Tamworth, as an Independent, in the New South Wales general election in May 1991. According to his official website his role in the Legislative Assembly immediately after being elected led to his re-election in the 1995 general election. In October 2001 Tony resigned from the NSW parliament to contest the federal seat of New England. He was elected in November 2001 and re-elected in both the 2004 and 2007 federal elections.

According to Poll Bludger’s electorate form guide, Tony Windsor “…easily defeated one-term member Stuart St Clair with 45% of the primary vote [in the 2001 election]… Despite his electorate’s strong conservative leaning, Windsor has said that if he held the balance of power he would support whichever party had the most seats or, if tied, the most votes.”

And for a bit of colour… We tried, we really did. But Windsor just isn’t particularly colourful. Here’s his Lateline interview earlier this week (with Bob Katter) on the role of the independents… 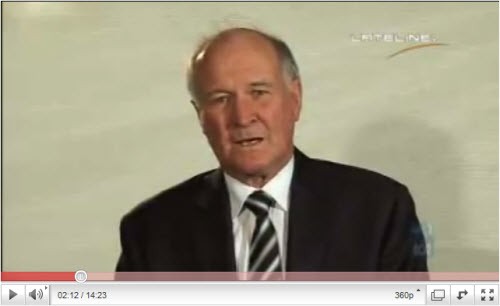 But enough from us, let’s let the man speak for himself. Deputy Editor Jason Whittaker interviewed Windsor yesterday afternoon:

Locally, Tony Windsor’s constituents are concerned about health services and education standards. As for the national campaign, the three-term New England MP says the consensus is clear: “The common denominator at the moment is the fairly pathetic nature of this whole campaign.”

People have “switched off”, he told Crikey in the midst of campaigning to defend his blissfully safe 24% margin. “It’s the worst campaign I’ve ever seen.”

“This campaign from Gillard and Abbott hasn’t helped their causes because they’re actually misrepresenting their own beliefs [he cites the opposition leader abandoning WorkChoices]. They’ve tried to make it into a presidential thing; they’ve created this campaign of opposites.”

He likes the national broadband network, an example he says of bringing equity to the bush. “I don’t think we comprehend what it means for health and education; for a business,” he says. And he’s welcomed commitments first from Labor and matched by the Coalition to upgrade Chaffey dam, which supplies water to Tamworth.

But rural health remains a key concern, and neither side is delivering: “I think they’re [health policies from the major parties] just variations of the same theme as to what degree of middle-class welfare they pander to.”

He rates the chances of a hung parliament at 20% (though he might have changed his mind this morning after the latest polling). Labor should scrape home with a majority of 5-7 seats, he reckons.

But he’s ready to act in the event of a deadlock — promising, like the other independents, to deliver stable government. Not that’s he’s taking sides. “I’ve had a reasonable relationship with all governments,” he says.

“It’s nonsense that if you vote for an independent you don’t get anything. It’s the safe, loyal old seats that are rewarded. Political competition is what independents bring to the table.”