Who won the news cycle? Labor to cheer for the Broncos and the Cats

On the thesis that there is an improved vote for an incumbent when a fancied team is winning games, Labor will be cheering for the Broncos and the Cats.

Julia Gillard has definitely been coming home the better.

The crazy flying around the country at all hours has provided the travelling media crew with enough amusement to keep them away from mischief. Some were even kind enough to rate her the winner at last night’s pokie palace joint appearance with Tony Abbott. Earlier in the campaign all they would have been commenting on was her copying the relaxed Abbott approach of standing at the same level as the audience.

Only one major slip up that I noticed. Knocking the most supported football team in the competiti0n is rarely good politics but perhaps those Magpies are so content about being on top of the ladder without the faintest sign of the Colliwobbles that they will simply ignore the Prime Ministerial teasing. Of far more importance on the football front will be tomorrow night’s NRL and AFL games.

A defeat for Geelong would put Corangamite in jeopardy while a win for the local champions would put voters in a mood of contentment where faults in a Government are overlooked rather than punished. All Liberal and National voters should be cheering for Carlton.

Up in rugby league territory the Broncos need the victory over Newcastle and it would certainly help mollify any of those Brisbane supporters horrified that the good name of their club was sullied by last night’s political talkfest.

On the thesis that there is an improved vote for an incumbent when a fancied team is winning games, Labor voters should also be barracking for Penrith against South Sydney. 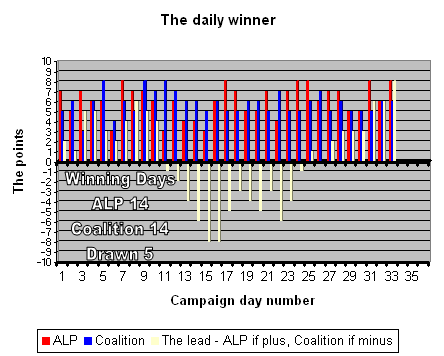 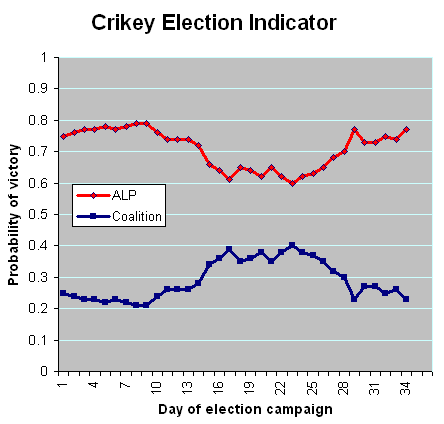