Breaking the fast: Ramadan in Cairo

I’m going to jump ahead a little with this post. I’m a bit behind on my writing (pages and pages of notes waiting to be typed up into articles) so the last time you heard from me I was in the Iranian city of Mashhad and still a week away from leaving Iran. However, right […]

I’m going to jump ahead a little with this post. I’m a bit behind on my writing (pages and pages of notes waiting to be typed up into articles) so the last time you heard from me I was in the Iranian city of Mashhad and still a week away from leaving Iran. However, right now I’m actually in Cairo having left Iran about two weeks ago and already shot through a week in Jordan and lazed through four days in Dahab.

But tonight was pretty special so I wanted to share it with you right away.

For Muslims the world over, the holy month of Ramadan began about a week ago and for most Muslims so did the annual month-long fast that represents one of the five pillars of Islam. Each day, those observing the fast rise well before daybreak to consume their first and last food, water and tobacco before sunset that evening. With the Islamic lunar calendar out-of-sync with our Western solar calendar, the timing of Ramadan changes by a couple of weeks each year, and currently falls in the middle of summer which means long, hot, exhausting days.

“It must be hard,” I’ve said to a few people in Jordan and Egypt whose faces really start to show the strain in the middle of the afternoon, especially if their work requires physical exertion or denies them the naps that so many use to get them through the day.

Ramadan is a time for religious reflection and men can frequently be seen sitting by the side of the road, or on a chair inside their darkened shops, quietly reading the Quran to themselves. Others listen to radio broadcasts of verses chanted rhythmically which seems to have a meditative effect. Everyone has their own strategy for surviving the daylight hours but in this 40-degree-plus heat it usually involves shade and rest wherever possible.

In Petra and Dahab, with their large tourist populations, food is readily available from cafes and restaurants during the day, but here in Cairo in the middle of low season I had to walk to the train station to buy a lunch snack from a street-side vendor (Muslims undertaking journeys are exempt from the fast.) It felt strange to be eating in front of so many who couldn’t do the same, and I still feel very self-conscious skolling litres of water while in public, despite my overheated body screaming out for the hydration.

About half an hour before sunset this evening I went for a stroll around downtown Cairo. Amongst the close-set highrise buildings the sun was already long gone but it was still extremely hot and the air felt uncomfortably close. Even so, it was a relief to be out of the direct sun that earlier in the day had soaked my clothes with sweat within minutes of leaving the hotel. Everywhere on the street there was frenetic activity as people prepared to break their fast, and there was a building sense of anticipation with all ears strained, waiting to hear the sunset call-to-prayer drift through the heavy air from nearby minarets. On the footpath and in courtyards outside shops, long plastic tables and large tablecloths laid on the ground were being set with rows of plates holding salad and bread, plastic bottles were being filled from battered stainless steel communal water coolers, and children were returning from errands to collect hot food such as roast chicken, shawarma and kofta from nearby food stands. Outside restaurants, waiters were darting around carrying massive steel trays above their heads with one hand, urgently setting dozens of empty places at large tables with set meals.

The streets, which for most of the afternoon had been largely empty, were starting to come alive.

Communal eating and worship is an important part of breaking the Ramadan fast and groups began to gather at the tables and tablecloths, or huddle around a pot of something cooked inside and brought outside into the fresh air. There were families, couples, groups of employees from local businesses, and packs of young people. Some took their place in front of the evening meal and some assembled on large rugs placed temporarily on the street, ready to pray before eating. Some absent-mindedly salted their food, some fiddled with the lids of water bottles, some talked jovially with their companions, and some sat silent and contemplative. The final plates of chicken and tahina were ferried to restaurant tables, and vendors carrying large wooden crates sold last-minute bread to picnickers. Everyone was waiting.

Times for calls-to-prayer are calculated and set in advance by a central body so the only variation between each of the dozen competing mosques within earshot comes down to the second hand on the clocks inside those mosques. Way off in the distance I heard a loudspeaker crackle to life and dozens of heads along the street turned to follow the sound. Almost immediately the distant mosque was drowned out by another in the next street and everyone turned to their companions and to their food. Ice-cold water bottles were cracked open and people slowly took their first drink for well over twelve hours, bread was dipped into stews and soups and pushed thankfully into hungry mouths. The mood was positive but solemn; I can only guess as to the spiritual significance of breaking the Ramadan fast. The thousands of people along the street I was walking seemed to be to be one big community coming together to share in a moment of significance.

I reached a small square at the intersection of two streets and saw a sea of plastic tables set up on every available flat space (flowerbeds included) to serve customers from several restaurants. It was a beautiful spot, underneath some of those grand old colonial-style buildings that give downtown Cairo such character, so I took a seat and ordered a chicken meal just like everyone else was eating. As I munched the best bread I’ve eaten since Iran (lovely wholemeal pitta bread that is tasty and chewy, as opposed to the bland and over-processed white pitta in Jordan) I watched the people around me and noticed the mood had now transitioned into something approaching jubilation. Bellies full and spiritual needs attended to, Egyptians were enjoying the best time of the summer day when darkness and relatively cool temperatures make it an absolute pleasure to be outside. The mood was infectious and I found myself in the best spirits I’d experienced all day. Among the sea of tables moved young kids selling packets of disposable tissues and poor women carrying babies, to whom people gave their leftover food in black plastic bags. Cats roamed from table to table begging for scraps and often scoring bits of chicken skin or a large bone to pick at.

I ate slowly, savouring the moment, and as I ate the hordes of customers paid their bills, stood up and disappeared, leaving dozens of empty tables for the staff to clean, disassemble and stack out the front of their restaurants. By the time I paid up and left, the square was almost back to its original state, save for the cats who were still in the process of taking care of any organic waste.

The city was now properly alive in a way that it simply isn’t in daylight hours during Ramadan – shops were open, music was blaring, people were laughing, tea houses were full of customers drinking tea and smoking water pipes, and children ran up and down the footpaths. People were enjoying a few pleasant hours before going to bed so they could get up early to pray, eat a pre-dawn meal, and do it all again. 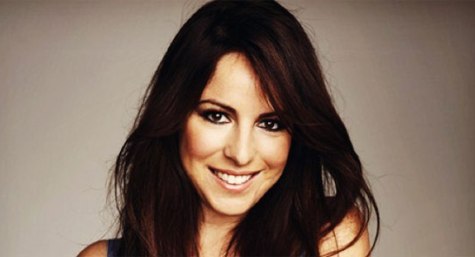 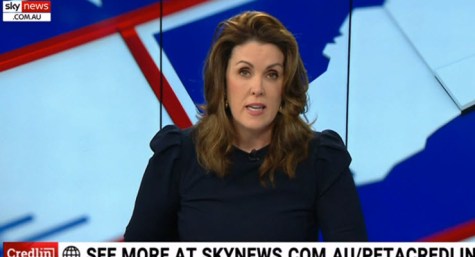 Peta Credlin says sorry to South Sudanese, but would she have done so to Muslims?