Climate debate fizzer. Confusion reigned at The University of Melbourne yesterday over a heavily-promoted lunchtime “debate” between Melbourne hopefuls Cath Bowtell and Adam Bandt on the vexed issue of climate change. The stoush, organised by the spinach pie aficionados at Climate Action Working Group and the campus Greens Club, was lustily spruiked on the Greens’ official website as a chance “to determine once and for all which of the two candidates can really talk the talk, and walk the walk when it comes to strong and effective action on climate change”.

The only problem being Bowtell had never agreed to attend, with sources telling Crikey she had already debated Bandt on climate at a previous forum at Trades Hall and on numerous other occasions and was busy shoring up support in the electorate. Miffed attendees, including a representative from The Australian, instead witnessed Bandt and CAWG activist Jasmine Ali nodding in furious agreement.

Contradicting the Bandt-Bowtell biffo posters plastered around Parkville, the Greens added the following disclaimer to the Facebook event page yesterday: “Note: Cath Barthell [sic] – Labour [sic] Candidate has been approached by us, CAWG and even the AYCC but has not committed to coming. Hence the somewhat partisan representation in terms of political parties. CAWG is non-partisan :)”. So now we know. — Andrew Crook

Abbott not partner material. Tony Abbott is one of the least desirable men in the country, according to a poll of women asked on what they look for in a partner. In a survey of 1200 women, Abbott scored just two out of a possible 10 points to put him just ahead of footballer boofhead Brendon Fevola and serial cheater Tiger Woods. When asked what they didn’t like about the opposition leader, women said that he was very likely to break promises, would have no sense of humour and that he lacked charisma. Abbott’s speedos did not help his situation, with only 5% saying he was ‘strong, masculine and able to make me feel like a woman’.

On the positive side, 71% of women approved of Abbott’s education and financial position. According to Derek Jones, managing director of D&M Research, the study was originally not designed to profile Abbott, however he was included after “being mentioned” in the initial round of questioning. Leading the way in the survey were George Clooney, Brad Pitt and Michael Buble. — Tom Cowie

Abbott beats MasterChef — on Twitter. Who won the Q&A battle between Julia Gillard and Tony Abbott? The opposition leader, but not by much. He drew 845,787 viewers to his forum with Tony Jones last night, in five-city metro figures from the ABC, slightly more than the 828,285 that tuned in for the prime minister’s televisual grilling last Monday. In audience share, Gillard claimed 23.3% of viewers ahead of Abbott on 23.1%.

But the figures from Twitter are much more interesting. Abbott was a star of the social media platform, generating 24,926 tweets from 6,732 people using the ‘#qanda’ hashtag — some 10,900 more than Gillard inspired the week previously (based on the live broadcast and time-delayed regions). Not only that, according to figures from the ABC, last night’s Q&A might well be the most-tweeted event in Australian television. The MasterChef finale on July 25 generated 26,194 tweets from 6,992 twits — slightly more people but many fewer tweets than Abbott’s quizzing.

An ABC spokesperson tells Crikey: “We think it could be the highest number of tweets around any Australian TV show, given the MasterChef finale figures.” Now the question for Abbott: is any tweeting good tweeting? — Jason Whittaker

Crikey omen bet update. I’m close to calling it. No, not the election result. I’m close to calling the end of my omen betting experiment. After yesterday, which can only be described as ‘Black Monday’, I am now $26.40 in the red. My ‘horses’ and ‘dogs’ if that’s what they’re called (I prefer demonish harbingers of debt) failed. Failed miserably. The only thing preventing me from hunting them down and shooting this collective band of losers is my job, my fear of police and the fact I don’t own a gun.

Moving on. I collected a pitiful $2.90 yesterday. I can’t even get a latte at my local coffee store for that. I lost $6.10 yesterday alone. I’m bleeding. Children, listen to me, don’t gamble. You’ll become me. But there’s only one way out of this Dante-esque punting hell I have created for myself, and that is, as Police Chief Wiggum once said, “dig up stupid”. So I continue to dig. Here are my tips today:

It’s infotainment! If Karl and Lisa are bringing the drama on election night, then Mel and Kochie are bringing the funny. Joining the aforementioned Sunrise stars will be Peter ‘tells it like it is’ Beattie, Alexander ‘will there be more leaks?’ Downer and Tanya ‘the woman who knows Julia’ Plibersek: 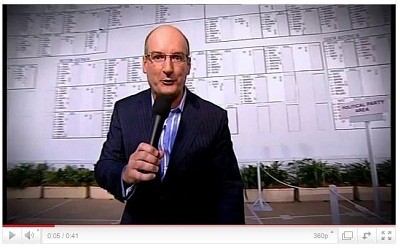 Hottest PM ever. Triple J is currently running its ‘Hottest Prime Minister Of All Time’ competition, with listeners invited to choose their favourite parliamentary crumpet from a list of 10. Voting wraps up tomorrow, with the winner to be announced on Friday. Here at Crikey, we’ve got our eye on John ‘The Venetian’ Curtin.

Campaign gets musical. MySpace have published a few of the candidate’s favourite songs, with the freshly-minted PM nominating King of the Mountain as one of her faves, while the opposition leader, unsurprisingly, has Suspicious Minds: 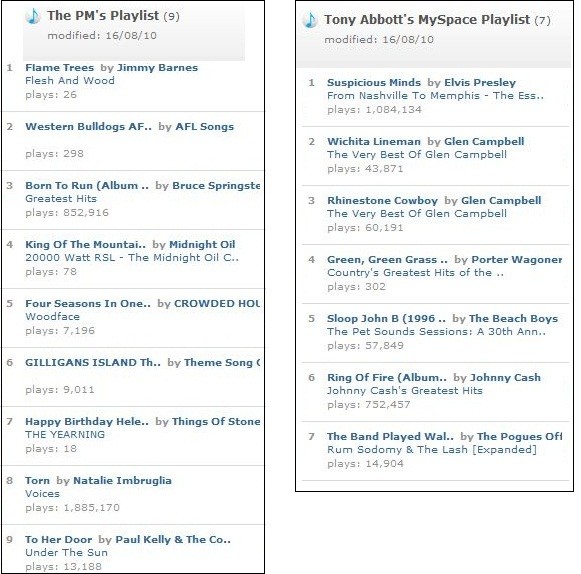 Fair shake of the sauce bottle. Julia Gillard got thrown a pearler of a question at this morning’s presser: “Do you think tomato sauce should be free when you buy a meat pie from the bakery?” Apparently it’s a hot topic in Townsville. Gillard managed to swiftly duck the question, after a quick reminisce of times when tomato sauce came in bottles. Next she’ll ponder the classic ‘should wasabi and ginger be free with sushi?’ debate. 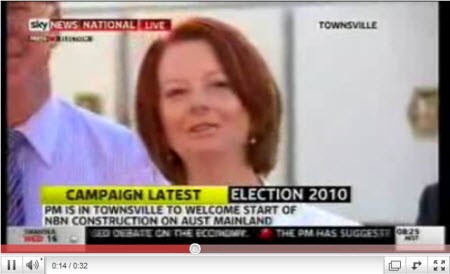 Campaign Crikey Leftovers are reheated for your dining pleasure each day. Email any morsels to [email protected].

A (climate) change in the air

Underestimate the significance of the complimentary sauce issue at your peril!!

It has become a major election battleground in some circles!!