Who won the news cycle? Not the men in suits

In picture terms another winning day for Labor. A lot of men in suits just don't attract the attention of the casual television news viewer.

A contrast in approaches yesterday.

Liberal Leader Tony Abbott was out and appealing again to the golden oldies — this time a gathering of war veterans. Julia Gillard had younger people on her agenda with a national broadband opening in Tasmania followed by another occasion to put on a hard hat and talk about jobs and training.

Each leader was playing to their strengths really. In picture terms another winning day for Labor. A lot of men in suits just don’t attract the attention of the casual television news viewer.

What might have got the attention was Australia’s most famous television journalist. Mark Latham steals the show wherever he bobs up and I have to admit I like his style in asking the kind of questions that journalists avoid. I mean, how does Tony feel these days about his role in getting Pauline Hanson put in the slammer? Tony prefers not to confront that particular piece of history.

This morning on Melbourne’s Triple M radio station the Opposition Leader made a good fist of turning the Latham interruption of his campaign day to his advantage by noting that that Labor’s judgment could not be trusted, with Mr Latham being the party’s candidate for prime minister just a few elections ago.

“They wanted him to be prime minister,” Mr Abbott said. “What does it say about them — this is the bloke they gave us in the 2004 election; is their judgment any better now?”

He said in 2007 Labor leader Kevin Rudd won the election “but they thought so little of him that he was executed by the faceless men”.

Sunday night’s 60 Minutes still will be compulsory viewing for all political junkies. And it is worth remembering before Mark Latham is dismissed as just being a discontented nutter that he has written some very fine pieces for the Financial Review about the state of modern Australian politics.

I for one will be intrigued his analysis of modern election campaigning. 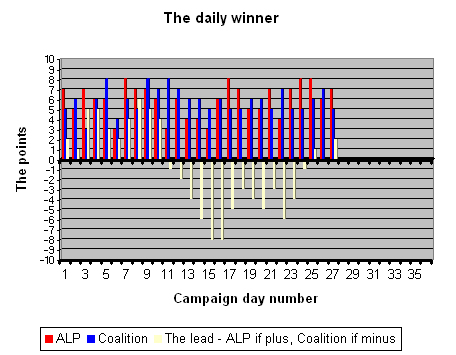 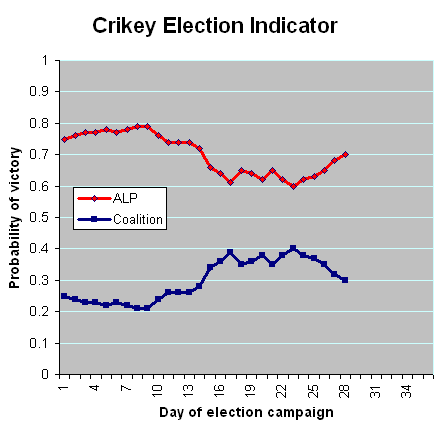 I agree Richard, Latham has problems but he is not just a bozo. Probably not PM material but as you say has an interesting take on politics.

Good to see not everyone feels the need to take a free kick.