It turned quiet on the campaign trail yesterday, after a fairly busy week on the hustings. Julia Gillard took the opportunity to visit Tasmania, where she launched Labor's National Broadband Network.

It turned quiet on the campaign trail yesterday, after a fairly busy week on the hustings. Julia Gillard took the opportunity to visit Tasmania, where she launched Labor’s National Broadband Network. Meanwhile, Tony Abbott went from one RSL to another, when he visited Penrith to announce help for military veterans (no word on whether he sampled the schnitzel). However, once again, the media circus spotlight turned to Mark Latham, with Sky News faithfully reporting his interactions with a chair, a cup of coffee and the opposition leader. 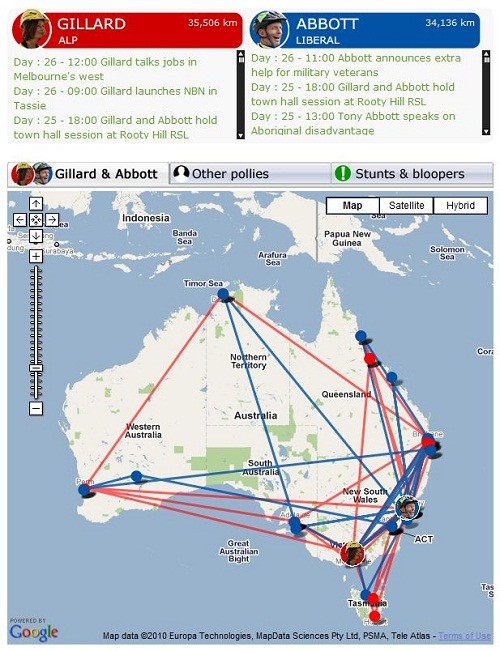 So after 26 days of ribbon cutting, Julia Gillard has notched up 35,506 frequent flyer points, while Tony Abbott remains behind on 34,136km. Together, the pair have travelled 69,642km — the equivalent of 348 million chicken shnitzels. 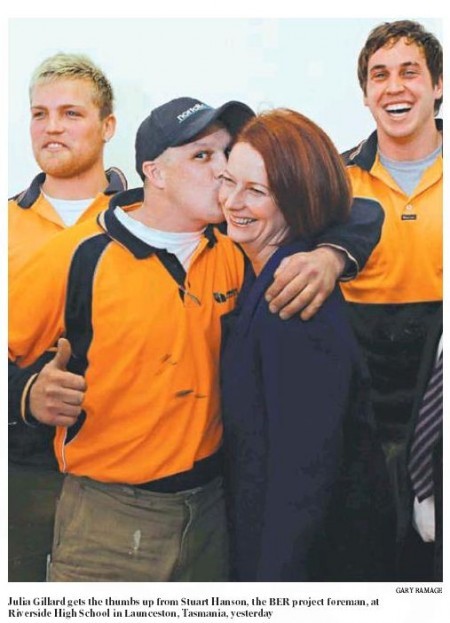 Where do the parties stand: LABOR currently hugs the middle-ground, a mixture of small ‘l’ liberal and social democratic values. On the other side we have TA, installed by the extreme right wing, tolerated by the right faction, with the small ‘l’ liberals nowhere to be seen.
Tony Abbott made a statement today. He should have said : Labor believes that ‘people/government’ knows best and Liberals believe that ‘greed is good’ and ‘business’ has all the answers. That sums it up!