The Libs' hidden weapons ... Forget Kerry and Antony ... The Greens will reintroduce industrial thuggery. Apparently ... Why are the CDP running again?

The Libs’ hidden weapons. The Liberal candidate in Melbourne, where Labor’s Cath Bowtell is locked in a tight contest with the Greens’ Adam Bandt, is one Simon Olsen. Olsen’s performance is crucial in the campaign in that seat, because if he under-performs it makes it much easier for Bandt to overtake him and secure his preferences — a critical part of the Greens’ strategy. The Liberal website — which works about as well as its broadband policy will — says Olsen is a “current owner of a small business.” A small business background is important for the Liberal party, as of course we all genuflect at the altar of that backbone of the economy.

But Olsen’s actual job is sales and marketing manager at Sentient Vision Systems, which makes vision and targeting equipment for weapons. Not the sort of background that would go down too well with the progressive-minded voters of Melbourne. Maybe the Liberals are hoping Olsen will do so badly there’s no risk he’ll beat Bandt and cruel any hopes of the Greens taking a seat off Labor. — Bernard Keane

Forget Kerry and Antony… This superbly melodramatic Channel Nine election night ad has to be seen to be believed. It’s “the drama event of the year”: 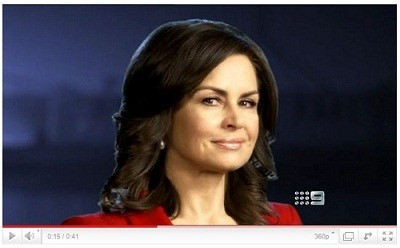 The Greens will reintroduce industrial thuggery. Apparently. The Master Builders Association of Victoria have launched an attack on the Greens with their website www.thinkbeforeyouvote.com.au:

Our members are concerned that on Election Day many Australians will vote for the Greens without fully understanding the consequences this will have on our economy, infrastructure and ultimately; our way of life.

Master Builders is taking action because our members are worried about the future of the economy and the long term viability of their industry.

Our Campaign aims to alert Australians to the Consequences of Voting Green. 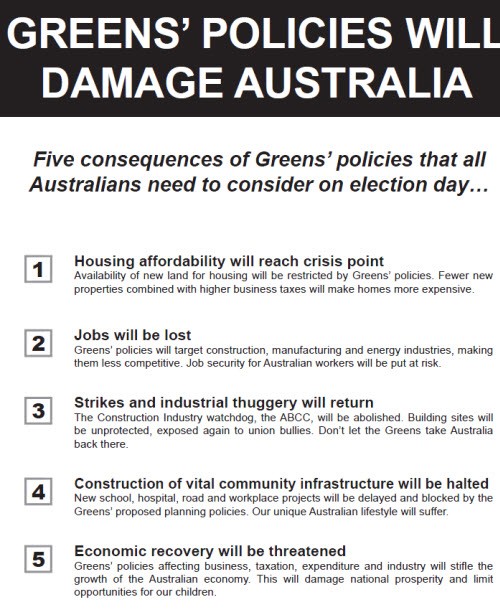 Why are the CDP running again? I agree that the CDP are running candidates in lower house seats for no reason other than to direct preferences to the Liberal Party. In Philip Ruddock’s seat of  Berowra, Hornsby Shire Councillor Steve Evans is standing for the CDP.

He has been a member of the Liberal party for many years — I wonder if he’s still a member? Incidentally, Evans received only 73 primary votes out of the possible 36,000 votes for his re-election to Hornsby Council. He was elected on mayor Nick Berman’s preference flow.

Liberal party operatives are deceptive manipulators of the political process. Take this extract from a Sydney Morning Herald story in 2001 entitled ‘Ball’s in the other rort’: 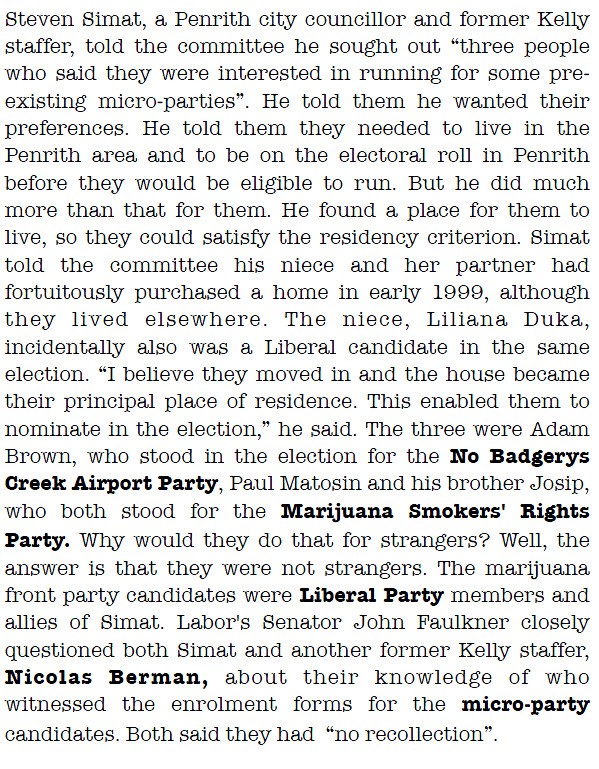 I wonder how this fits into the DCP’s Christian values? — a Crikey reader

Wow. I don’t watch channel 9 normally.
(Crap reception and even crappier programs)
But that ad is a cracker.
Love the clunky way they’ve edited of Julia’s voice, safe in the knowledge that she won’t complain…..before the election.
But as a certain previous leader once said.
“The Labour Party has a long memory”. 😀