Why phoning the President of Nauru is a bad idea

Caroline de Costa, a Cairns gynaecologist who worked at a Nauru detention centre, explains why reopening the camps there is a bad idea, particularly for the mental health of detainees.

Tony Abbott has told us that his first task, if the Coalition is elected, will be “to pick up the phone to the President of Nauru” with a view, apparently, to re-establishing the Topside and State House detention centres on the island and transporting asylum seekers there.

As one of the few Australian doctors who has worked on Nauru (in 2003, including in the Topside Camp), I believe this is a very bad idea.

My main concern is the effect on the mental health of detainees, imprisoned indefinitely on a tiny and (for them) alien island more than 3000 kilometres from the eastern coastal cities of Australia. Topside was set up in 2001; by November 2002 Dr Martin Dormaar, the psychiatrist employed in the camp, had resigned in despair at the failure of the International Organisation for Migration and the Howard government to respond to his concerns at the level of psychiatric illness developing among detainees.

After his departure the situation only grew worse: numerous organisations including Oxfam and the Australian and New Zealand College of Psychiatrists reported high levels of mental illness and the lack of mental health services for detainees on Nauru. I personally noted significant psychiatric symptoms among women I cared for. When Senator Amanda Vanstone finally closed the camp in 2005 it was because of the deteriorating mental health of remaining detainees.

However for those among the Australian population unconcerned about the mental health of people locked up by our government, there are also multiple financial reasons for not reopening the Nauru camps.

Nauru (population about 12,000, that is, half that of Broken Hill) is a dot in the Pacific some 21 kilometres square; 80% of this has been mined for phosphate and is uninhabitable. Topside was hastily built on a shadeless rubbish dump at the top of the island; only a few decayed dongas now remain. There is very little infrastructure on Nauru: everything must be brought at great cost from Australia to build and maintain a detention centre, feed, clothe and shelter the inmates. An unreliable water supply depends on one ageing desalination plant (run on diesel shipped from Australia) — even water may need to be transported to the island for potential detainees.

Australia has a responsibility to provide health care of a reasonable standard for refugees. In the absence of services in the ill-equipped Nauruan health system, most investigations must be done in Australia, all drugs must come from Australia, all patients requiring treatment for serious conditions must be sent to Australia. The costs, especially those for even a single medical transfer by air, are enormous.

Nauruans are cash-strapped and understandably see the re-opening of the camps as providing needed jobs and income. They are also intelligent and humane — they were personally very supportive of previous refugees although many privately questioned the ethics of the exercise.  And there was certainly resentment at higher quality medical care being provided to the camps’ inmates than they themselves received.

Previous Nauruan Foreign Minister David Adeang expressed great concern at the prolonged detention of asylum seekers in what was supposed to be a processing centre; present Foreign Minister Kieren Keke (who is also an excellent practising anaesthetist) has hinted that if asked to re-open the camps, Nauruans would place some conditions on how they would be run.

Australia has an obligation to assist Pacific neighbours, not least Nauru, but  re-opened detention camps, a huge expense for Australian taxpayers, will not have long-term benefits for Nauruans. 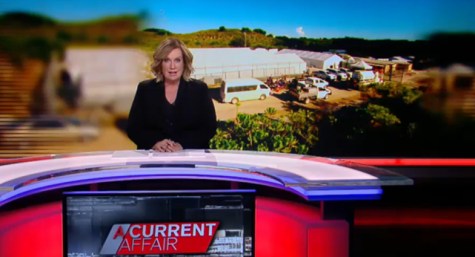 For refugees like Abyan, Nauru even worse than detention

Maybe we need the legacy of Nauru to remind us what happens when you give all your mineral wealth away and leave nothing to show for it. Could a demineralised Australia in 2100 be pleading with the rich nations of the world to again become a penal colony?

Perhaps it would be appropriate to compare the mental health of detainees in detention centres with their physical and mental health in the jurisdiction from which they claim to be fleeing. Whilst I can be very sympathetic, it would seem to me that if one is fleeing from the threat of imminent physical punishment of death that an Australian detention centre would be a much more preferable alternative, although not being the four-star holiday camp that they may have been led to expect would be waiting for them in Australia.

Whether you like it or not no country can afford to have open borders and constrained borders require border control. The civil liberties we afford our own citizens can be readily exploited by opportunists which is why governments of both persuasions are determined not to let so-called asylum seekers set foot on Australian soil where the full array of community funded legal aid is then readily available as an arsenal with which to undermine our border control provisions while their claims are being assessed.

It should be noted that the reason why Australia runs these little “penal colonies” (although and neither political party will admit it publicly) outside of Australian legal jurisdiction is because of mesiannic fervour with which refugee advocates exploit our legal system to their own personal satisfaction by using every legal trick in the book to prolong the deportation of failed refugee claimants. Although this may give them a warm feeling, it does nothing for the refused claimants other than prolong the inevitable, but it also it causes sympathy for genuine refugees to be lost by mainstream Australians who know they are being exploited by legal chicanery.

We cannot act as the world’s receptacle of displaced persons or those desiring to have a higher standard of living. Those Australian who wants to significantly reduce their own standard of living are free to do so by giving tax-deductible funding at any one of the numerous aid groups offering assistance in third world countries. Please do not try to make me sacrifice my standard of living to satisfy your particular ego. Also please do not try to make me feel guilty by only offering safe refuge to “refugee ” claimants which is not up to their advocates standards of comfort. Anything that Australia is providing has at least one distinct advantage in that these people are safe from persecution from the persecutors in their home jurisdiction, which is my understanding what a refugee is.

Greg Angelo – while asylum seekers should not expect a ‘four-star holiday camp’ when they arrive in Australia, the reality is that most of them will eventually be accepted as refugees and resettled in Australia. How can they integrate themselves into Australia and become productive members of our community when they have such high levels of mental illness resulting from their detention?

Given that most of them will be accepted into Australia, we owe it to them and to ourselves to provide them with an acceptable standard of psychiatric care during detention, and to limit as much as possible the amount of time they spend there.

I thank you for this article. Truth at last!

Perhaps those that think the re-opening of Naaru detention centres is a good thing should spend a week there, to give them some small idea of what it is like. The author of this article has been there, I’m more inclined to accept her view on conditions there than armchair critics that think it would be a good idea.