How have the gender breakdowns been tracking so far in the campaign?

Monday’s Essential Report had its usual Approval Ratings and Better PM questions, but it’s worth having a closer squiz at the way the gender breakdowns have been tracking.

First up, the approvals: 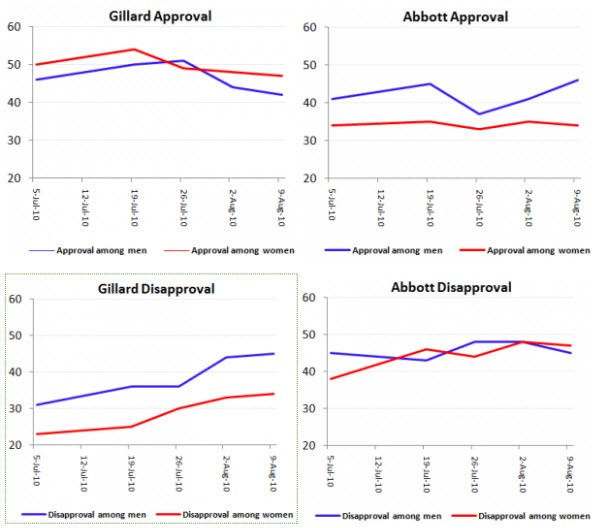 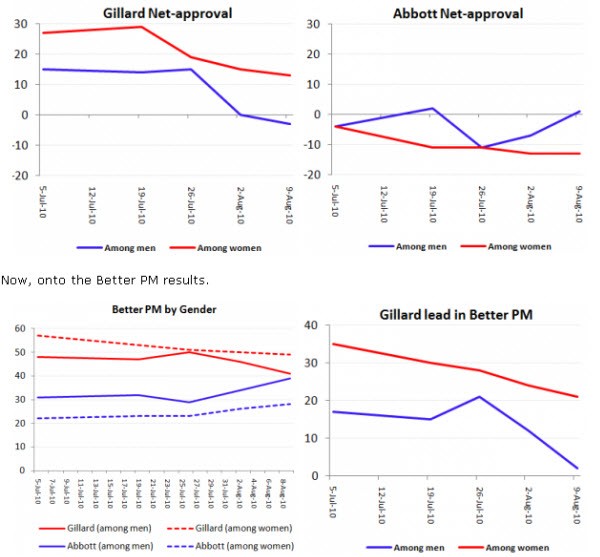 Back when the campaign first started and up to about the time of the leaders’ debate, Gillard was enjoying a substantial lead in the polls, with our Phone Pollster Trend sitting on over 52% and where the three most recent phone polls had spiked for Labor at 54% (Nielsen), 55% (Newspoll) and 55.5% (Morgan’s phone poll).

Older women on the other hand, were much more evenly divided — voting pretty much along the lines of the national average level for each party.