Queensland was once again the destination of choice yesterday, as the two leaders continued their marginal seat tour of duty in the sunshine state.

Queensland was once again the destination of choice yesterday, as the two leaders continued their marginal seat tour of duty in the sunshine state. Julia Gillard was in Brisbane to announce funding for mental health and a rail link, while Tony Abbott visited a fish monger in Mackay to promise a freeze on new marine parks. Happily, none of this meant much to sections of the media, who are becoming increasingly insistent on a prime ministerial wedding. 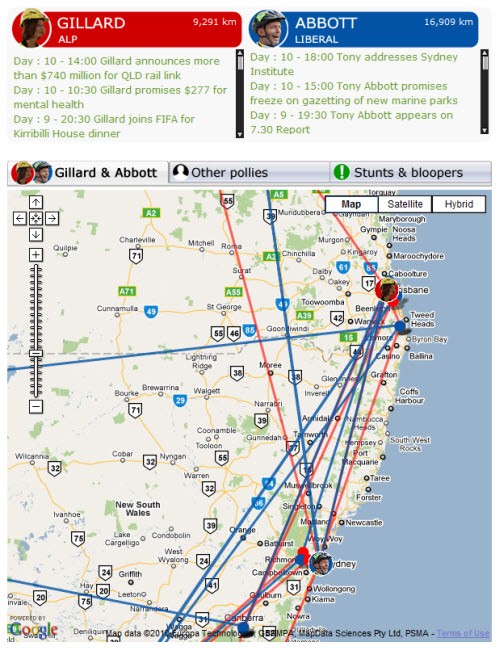 So, after 10 days of hard campaigning, Tony Abbott’s Stop The Boats Schooner has navigated its way through 16,909km of rough seas, while Julia Gillard’s Working Australians Wagon has travelled a mere 9,291km. Together that’s a total of 26,200km — the equivalent of almost two return honeymoons to Bangkok. 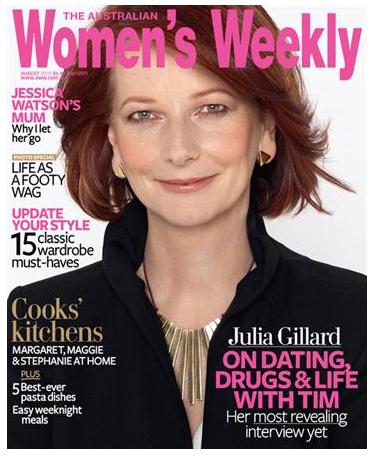 Where are they today?