So Dr Rob Moodie reckons that dealing with News Limited, as he has done as chairman of the Melbourne Storm rugby league team, was as intimidating as the dealings he has had over the years with international tobacco companies when wearing his preventive health expert’s cap. 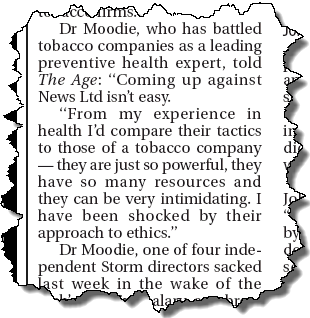 The good doctor should not really have been surprised. The company boss Rupert Murdoch once sat on the board of Phillip Morris and the connections between the media giant and the tobacco giant go deeper than that as this company press release makes clear.

And didn’t he ever see this little piece on the Mother Jones website? 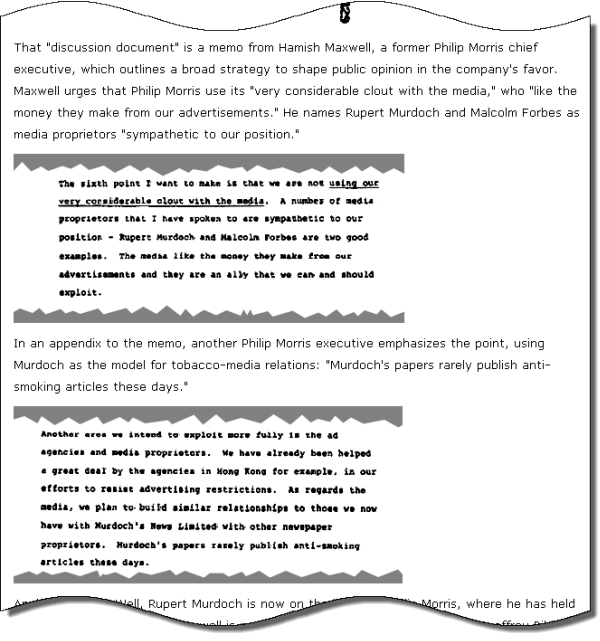 Now don’t get me wrong. I’m a dedicated and happy smoker, a former tobacco industry lobbyist and News Limited employee but at least I always knew who I was working for.

Much ado about very little. It is a measure of how journalists yearn so strongly for something new to brighten up their election coverage that the governor of the Reserve Bank, Glenn Stevens,  got such a big run with his totally unexceptional comment yesterday about how his board would approach the August interest rate decision. Just as it did during the last election campaign it will do whatever it thinks economic conditions dictate should happen and a key among those conditions will be the consumer price index figures to be released before its meeting.

And what is the likely outcome? The Crikey Interest Rate Indicator tells virtually the same story today as it did before Stevens spoke. The most likely result is that nothing will change despite the best endeavours of the journalists to build a sense of shock, horror, drama. 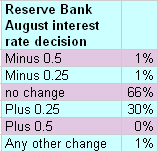 The message has not reached Cairns. The policy of fiscal rectitude being espoused in Melbourne yesterday by Tony Abbott and his financial henchmen Joe Hockey and Andrew Robb did not reach Cairns. While the trio were busy announcing further planned Budget cuts, the Liberal National Party candidate Warren Entsch was on a spending spree 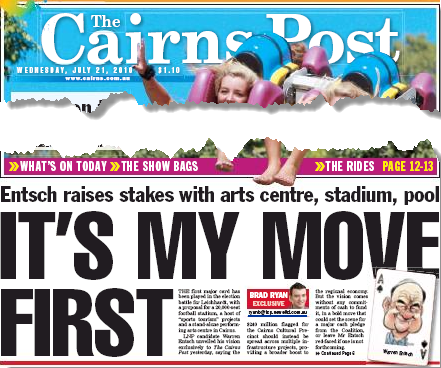 Now don’t get me wrong. I’m a dedicated and happy smoker, a former tobacco industry lobbyist and News Limited employee but at least I always knew who I was working for.

Jeez, Richard, out of my sight. 3 strikes and you’re out…