Australia now has open government, though you’d be forgiven for not noticing.

Australia now has open government, though you’d be forgiven for not noticing. On Friday Lindsay Tanner, the Minister for Finance and Deregulation, published the Declaration of Open Government on the  department’s website and the  blog at the Australian Government Information Management Office (AGIMO).

“The Australian government now declares that, in order to promote greater participation in Australia’s democracy, it is committed to open government based on a culture of engagement, built on better access to and use of government held information, and sustained by the innovative use of technology.

“Citizen collaboration in policy and service delivery design will enhance the processes of government and improve the outcomes sought. Collaboration with citizens is to be enabled and encouraged. Agencies are to reduce barriers to online engagement, undertake social networking, crowd sourcing and online collaboration projects and support online engagement by employees, in accordance with the Australian Public Service Commission Guidelines.

“The possibilities for open government depend on the innovative use of new internet-based technologies. Agencies are to develop policies that support employee-initiated, innovative Government 2.0-based proposals.”

Making such a declaration was the central recommendation of the Government 2.0 Taskforce’s  report in December 2009. As Crikey reported, the government committed to doing so in its official response in May 2010.

Credit where credit’s due. Every initiative starts with a declaration of intent, and this seems a reasonable start.

Predictably, though, it took just 78 minutes before #nocleanfeed monomaniacs descended on the AGIMO blog to  complain. Not that there was something wrong with the declaration itself, but that it meant nothing as long as mandatory internet filtering remained government policy. As I’ve written elsewhere, looking at everything the government does through this narrow prism of the internet filter is naive. In this case it also confuses the legislative and executive branches of government.

But while it’s inappropriate to hit the government with a stick for seeming to do something good, the question remains: How genuine is this commitment to open government?

The taskforce recommended that the declaration be made “at the highest level”. The government agreed. “Accordingly, the Australian government will draft a Declaration of Open Government for presentation to the Parliament, and through it, to the Australian people,” they wrote.

But instead of the Prime Minister presenting the declaration to parliament, it was posted online and a media release issued the day before the election was called. As a result it seems to have received zero mainstream coverage, only mentions in the tech media including  Computerworld, iTWire,  ZDNet and Delimiter.

The driving forces behind open government were Lindsay Tanner and, when he was cabinet secretary, Senator John Faulkner. Indeed, Tanner literally wrote the book, his 1999 volume Open Australia. Both retire at this election, Faulkner to the backbench and Tanner from politics entirely.

Was the declaration stuck on the vortex of Kevin Rudd’s office, and only now rushed out as Tanner’s last gasp before election-period caretaker provisions came into force? Or was it intended to be buried? 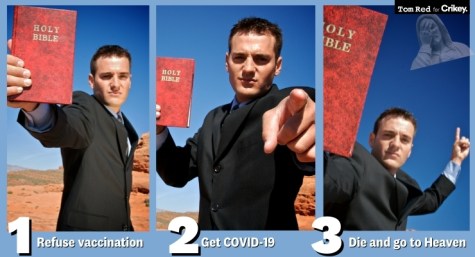 Ezekiel versus vaccine passports: how a Christian backlash could stall the push to 80% jab rate

The Oz versus the Greens: well beyond the normal News Ltd bias

Is it time for e-voting?