Bolt: you crack me up, McCrann. We can only imagine what Terry McCrann told fellow Herald Sun bigwig Andrew Bolt that produced this reaction at a recent quiet lunch … 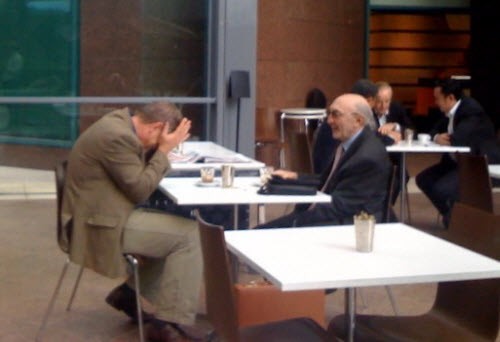 A personal message from Humphries. Just thought you may like to see what just arrived in the post here in Canberra: a letter from Liberal Senator Gary Humphries with NO mention of the Liberal Party at all. No logo, nothing! Also, his mention of trying to bring vibrancy to the shores of Lake Burley Griffin refers to the local controversy of whether a hamburger van should stay or go. High-powered stuff indeed. 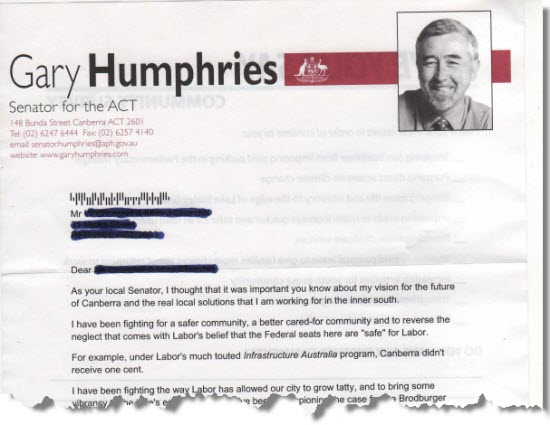 The science of a government-sponsored promotion. National Science Week, held from August 14-22 under the auspices of the Federal Department of Innovation, Industry, Science and Research, is designed to “bring science to the masses”. This represents an obvious commercial opportunity to media publishers in science and technology. However, those who do pursue it are likely to be disappointed: National Science Week is under explicit instructions not to enter into any media partnership or even magazine sampling with science publishers that are not Cosmos magazine.

It poses an interesting conundrum for science publishers other than Cosmos, who will direct their editorial staff to focus their efforts to stories that don’t subscribe to such policies of exclusion; and indirectly gives Cosmos a monopoly on editorial coverage, publicity and commercial gain from the event. This seems highly unusual for a government-funded event.