Too much Rudd, too often

As Kevin Rudd's daily television appearances have less and less impact on a disillusioned public he has decided to have more of them. Plus, dreaded independent inquiries and other political news.

Giving us more of the same. One of the extraordinary things about those that govern us is that it takes them a long time to admit that they might be wrong. When some policy or plan of theirs does not work they do not try something else but rather give us more of the same. A bigger dose of the failure is the prescribed remedy.

Kevin Rudd, it seems to me, is following this path at the moment. As his daily television appearances have less and less impact on a disillusioned public he has decided to have more of them. Thus he returned last night to the ABC’s 7.30 Report to give us another dose of gobbledygook and all I can conclude from it is that he does in fact fear that an early election would lead to his defeat. Hence the floating of the March next year option.

If he really does have delaying that long on his agenda then the first thing he should do is cut out the corny public appearances until he actually has something worth saying.

Who does this hat fit? Just a little quotation sent to me by a friend that provides the opportunity for a little guessing game. The answer to who is being referred to is at the end of today’s column.

I believe … is an out-and-out rascal, terminally untrustworthy and close to being unhinged. I said from the start that there was something wrong in his head, and each passing year convinces me more strongly that this man is a pathological confidence-trickster. To the extent that he even believes what he says, he is delusional. To the extent that he does not, he is an actor whose first invention — himself — has been his only interesting role.

Those dreaded independent inquiries. It’s been a bad morning for brand Labor. Pesky independent office holders in Canberra, Melbourne and Brisbane have provoked the kind of headlines politicians try and avoid. Try this one for size: 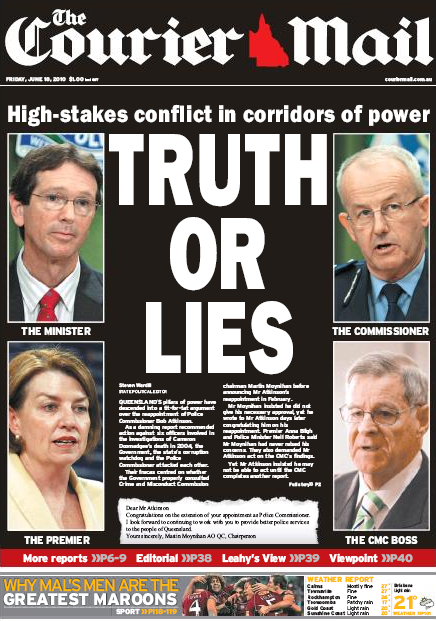 Queensland’s Crime and Misconduct Commission has not missed Premier Anna Bligh with a disputed claim that it was not correctly consulted prior to the reappointment of Police Commissioner Bob Atkinson.

Whether it was actually just a misunderstanding or something far worse does not disguise that the Premier’s Government was one running scared of upsetting members of the police force when it came to dealing with the aftermath of the 2004 death in custody of Palm Island man Mulrunji Doomadgee.

It would be hard to disagree with the headline in The Australian over a comment piece by Tony Koch that there was “a failure of leadership and integrity.”

Meanwhile in Canberra Federal Labor was having trouble of its own with the Auditor General Ian McPhee whose evidence to a parliamentary committee exposed the lie that he was a willing party to Labor’s broken promise over the vetting of taxpayer funded government advertising. 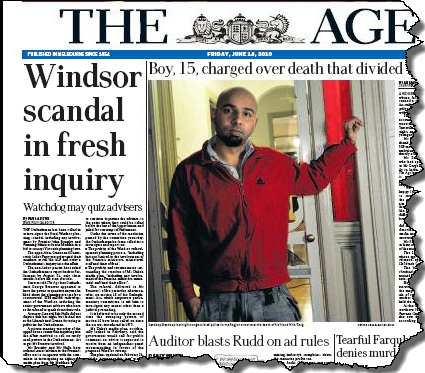 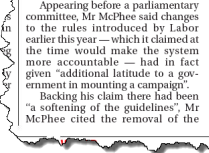 Rounding out the day’s headlines telling of Labor lies and political deceit was the main story in the Melbourne Age describing how the Victorian Ombudsman will be investigating planning decisions on the Hotel Windsor redevelopment.

All in all it is a sad picture of the way Australia is governed.

Here we go again? Staff teams from the European Commission (EC), the European Central Bank (ECB), and the International Monetary Fund (IMF) overnight gave an optimistic report on their recent visit to Athens to follow up on recent developments and implementation of policies under the economic program for Greece but the finance markets, it seems, are much more sceptical.

“The program is on track and that policies are being implemented as agreed,” said the officials while sovereign debt spreads  for peripheral euro-area countries continued to widen. 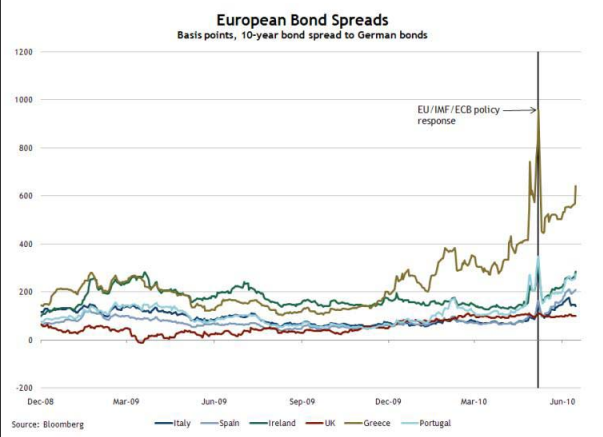 Since the Atlanta Fed of the United States produced that graph up to 16 May for its weekly Financial Highlights, the spreads have widened further. Greece is up to 668 bps, Ireland 290 bps, Portugal 293 bps, and Spain 211 bps with Hungary up sharply to 495 bps.

With this kind of uncertainty in the offing and Nobel prize winning economist Paul Krugman declaring on his blog that “I’m getting a very bad feeling about the world’s economic prospects,” I would not be gambling on waiting for things to get better before holding my election in Australia. 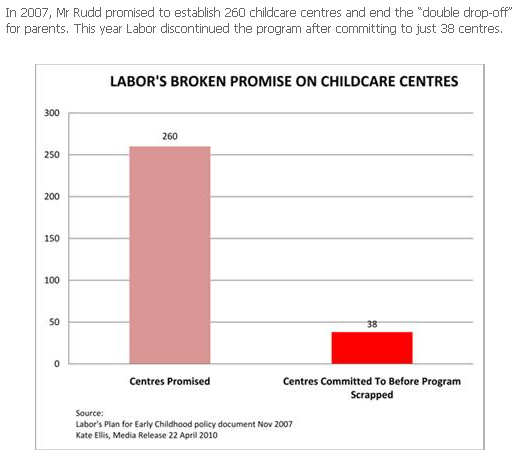 Broken promises are clearly going to be at the forefront of the coming election campaign.

Really Richard, you shouldn’t be offended by Rudd’s nonchalance. It was his first re-appearance in “7.30 Report land” and about time he had a right of reply. Kerry O’Brien, who seemed hyped up for a brawl, rightly didn’t give him a chance to get away from the script but that cost O’Brien the concession that remarks ‘thrown away’ at the Parliamentary Ball should be treated as “Chatham House”. You did hear that didn’t you Richard? So Kerry was out of line pressing that particular line – and I notice that Radio National is still using it today. Rudd was quite smooth and calm about dissing this line of discussion.
I think the Prime Minister handled the interview well, giving away nothing, not even a scent of concern, tension, fear (whatever) about the ‘negotiations’ with mining companies about the tax. I think he’s genuinely confident that in the next few weeks that matter will be done and dusted and the looming election (to be held in 2010, don’t worry) will be something that Labor can actually look forward to with confidence.
Rudd also biffed O’Brien when he capably brought in the contributions of several ministers when the interviewer tried to push up the tired old ‘Gang of Four” line about the Labor leadership. That is clearly crap and Rudd let him know it. Finally, Rudd, bored with Kerry’s waste-of-time tabloidisms about Labor’s polling figures shoved the Maternity Leave story up O’Brien’s jumper and bade farewell. He might not be interesting but he sure ain’t rattled.