Marr to Oldfield: “you’re a disgusting human being…”

David Marr was clearly unimpressed with David Oldfield’s contribution to the asylum seeker discussion on Sky News' The Nation, at one stage describing him as "a disgusting human being", writes Anthony Stavrinos.

It seems former One Nation politician David Oldfield, suspended from shock jock duties at Sydney’s 2UE for insensitive comments on asylum seekers, just can’t help himself, taking yet another opportunity to cause offence on the issue during an appearance on Sky News’ The Nation last week, which, despite the best attempts of Sky’s political chief David Speers to tweet up interest, has largely passed unremarked.

Oldfield, mysteriously dropped from 2GB’s lineup in March, switched to rival 2UE but was dumped just three days into a fill-in role in the Sydney station’s drive shift after disgusting listeners with suggestions asylum seekers should be “fried” or “barbecued” on electric fences if they tried to flee detention centres.

Hosted by Speers, the live broadcast featured fiery exchanges on the Rudd government’s approach to immigration compared to its Coalition predecessors, thanks mainly to the tension between Oldfield and Marr: (NB: The rivalry is nowhere near as good on the show’s audio feed without the facial expressions and body language)

Marr was clearly unimpressed with Oldfield’s contribution, at one stage describing him as “a disgusting human being”. And when the cameras stopped rolling at Sydney’s Silk Studios after the hour-long show, it was clear Marr was still peeved.

Dispelling any notion the pair’s on-air theatrics were somehow concocted, their differences spilled backstage when Oldfield went to shake Marr’s hand as he departed the studio.

Marr refused to oblige, instead offering Oldfield a blunt but forceful: “F-ck off, you racist”.

“Let’s just say I could see their body language and expressions showed they had little time for each other. I wouldn’t have been doing my job if I didn’t allow viewers to see that too,” said Michaels, a former star of the iconic Number 96 television series.

Oldfield has been bucketed for his media comments numerous times since hitting the airwaves after a lacklustre parliamentary career that included an infamous stint as adviser to Pauline Hanson. In fact, in 2008 Media Watch branded him a “racist wing nut” in a compilation of gaffes.

Oldfield is yet to make a return to the airwaves, but the 2UE bosses would probably be thinking very carefully about whether they can afford any more on-air slip ups given the Fairfax Media-owned station could soon face a legal financial blow, the legacy of its former daytime shock jock Steve Price.

Australia’s best known “cougar” Charmayne Palavi is suing 2UE in the NSW District Court after Price, along with gossip reporter Peter Ford, made some disparaging remarks about her on air,  The radio station failed to have the matter struck out nine months ago and could now face a bumper payout when the matter is finally dealt with by the courts in September.

Palavi appeared in the same Four Corners program on the ABC that named NRL player Matthew Johns as being involved in a group s-x incident that sparked a police investigation. 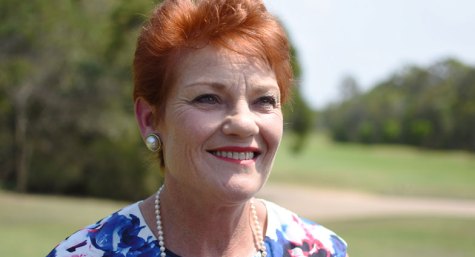 Left turn for 2UE, with programming in disarray

It should come as no surprise that Sky News, The Nation and David Speers passes by, as if a ship in the night (my description). It is of course not known what Sky viewing numbers are, as there has never been any survey of its programmes viewers, to my knowledge.
I can understand Liberal supporters with an interest in political news and current affairs would watch some of the offerings, as Sky is akin to a little brother of Fox News in the US, very little.
However those with pay TV would hardly make Sky their preferred channel, given the hundred plus channels of films, drama, soaps, sport, docos, kids programmes, music, art etc etc

Nope Sky News has little going for it for the average viewer and the ability of Speers and his mate who masquerade as political reporters wouldn’t see them get past the front door of any major employing News outlet.

As for The Nation, I watched it once and gave it away after 15 mins. It was going nowhere and like the Agenda programmes, all they dish up is the usual Govt/Lib for and against attacks by two politicians, desperate to push their own views and usually battle over who can be the rudest and/or loudest. Pathetic stuff.

DAVID – There are some pluses for not being able to afford pay tv. I’d look at the people on the panel, and one adverse comment from David Oldfield would have me looking for the remote. I’m just getting sick of the horrific, disgusting even, attitudes of some people. I find it most distressing! My mate just doesn’t bother! I’ve heard them all before over decades, they never change, only the faces do he says, why bother with them at my age – he’s 80? He has a point!

I often wonder what would happen if I had the ‘power’ to change people’s skin colour for a day or a week! It would be enlightening at least!

@LIZ45…reason I subscribed to Foxtel was to get their Sports Channels plus a good selection of documentaries and comedy, Sky came with the package and that other non news American cr-p
Fox, what a load of….Will be checking out the ABC 24hr news channel next month, its free to air so will make a dent in Sky’s already small audience. I have been waiting over the months for someone from Sky to come up with some viewing stats. There silence confirms my suspicion.

I actually find Sky News a refreshing change from a lot of the tripe served up as news on the FTA channels. And yes, I realise that a number of items are lifted directly from the FTA feeds but there is plenty of self-produced stuff as well, presented by professionals that appear to be journalists first and TV presenters second.

Far from Sky News being a mini Fox News with right-leaning conservative led coverage, it usually takes a more balanced approach then the FTA channels. It also produces some great independent news programs of which The Nation is just one.

On the topic of The Nation itself and the stoush between Marr and Oldfield, I watched amazed as the bigoted filth came from Oldfield’s mouth. However, let it not be forgotten that the Liberal MP Stuart Robert, who was also on the panel, was airing views not to dissimilar to Oldfield. This certainly served as a reminder to me what direction the country will take if the Coalition wins the next election.

Kudos to David Speers, Kierran Gilbert and the rest of the Sky political crew for their hard work. Keep on fighting the good fight.

@ THERIDDLER…as a former professional broadcaster and trainer of journalists and continuity announcers, I beg to differ. Speers and Gilbert have no grasp what so ever of interviewing techniques. One of the first principals of the art is not to talk over an answer, the two mentioned gentlemen are serial offenders. Don’t get me started on them, the list is huge. Hard work does not a professional make, if the hard work does not produce professional results.