Why opinion polls don’t help us at all

Now that the federal election is getting closer the opinion polls mania is well and truly upon us. Plus, Kevin Rudd's weight problem and the responsible BP and other political snippets.

Why opinion polls are no help at all. Now that the federal election is getting closer the opinion polls mania is well and truly upon us. I use the word mania advisedly because the evidence is that they actually tell us nothing useful at all.

Let’s assume for the moment that polling day is round about three months away. Now have a look at what Newspoll told us the voting intention was three months before the last eight elections – the poll figure is in blue with the actual election result in red. 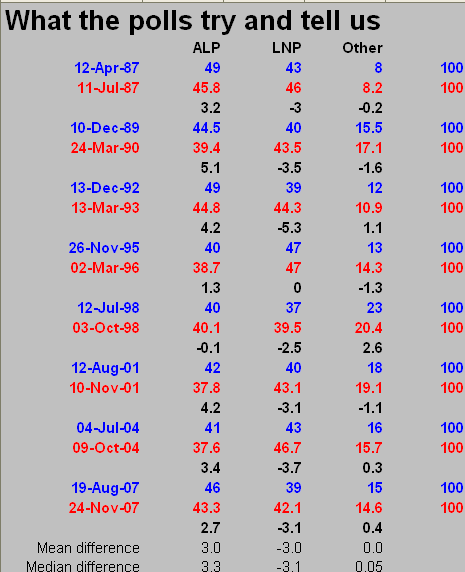 As a predictor of what was going to happen at the actual poll, these early opinion polls were quite useless. Yet every time one was published, journalists (I confess I’m as guilty as the next one) seized upon them with explanations of what was responsible for a rise in this party or a fall in that one.

In truth they tell us absolutely nothing of value and I will do my best this election to ignore them completely and leave the rubbish explanations to others.

A weighty problem. We became aware that Kevin Rudd had a weight problem when that incident aboard his VIP jet where the stewardess served the wrong meal became public. It was suggested at the time that it was concern about sticking to a new diet that caused the Prime Ministerial anger explosion that reduced the poor woman to tears. Since then there has been a report of late night visits to the Federal Police gymnasium to burn off extra calories.

It might not be as publicly flashy as Tony Abbott’s surfing and bike riding but us tubby ones admire those who keep battling the bulge. What we all hope for, however, is some miraculous cure that will effortlessly strip away the extra kilos. Which is why I feel duty bound to return to that SLEEP conference I referred to in yesterday’s edition of Crikey. There I have come across this paper which might just provide Kevin not only with a solution to not putting on troublesome centimeters but stop him having those temper tantrums as well. 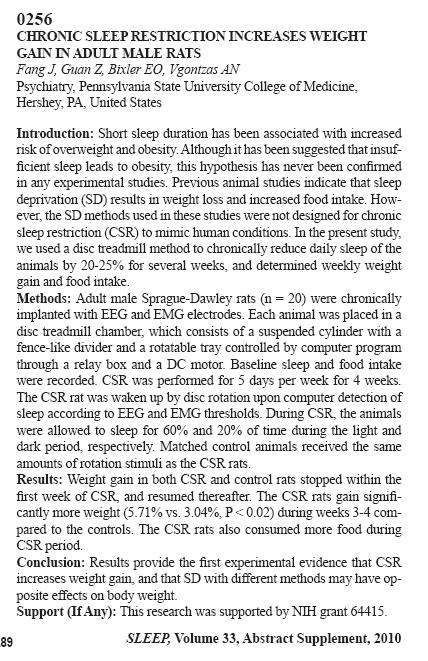 No more neutral marinade. Food technologists are an innovative lot with great skill at making less seem more. Who could forget reading how the Baroness Thatcher developed a method of putting more air into ice cream when she worked for J. Lyons and Co which did wonders for the company’s profits? Little wonder that in later life she was one of the great political spinners of all time and I expect a successful career in public life awaits the person who named the technique of pumping extra water into chicken and ham “neutral marinade.”

Alas the spoil sports in the Danish Parliament have put a stop to the use of the name if not the practice itself. To the unusual sound of widespread all-party applause they voted this month to stop supermarkets calling meat they pump up with water “neutral marinated”. “It’s not often that we see people clapping after a vote,” says Social Democratic Consumer Spokesman Benny Engelbrecht who has been working to have the practice stopped since 2008. Denmark’s Politiken reports that it is not clear what the new name for this type of watermeat is to be.

The responsible BP. The Think Progress website reports that as BP tries to shirk responsibility for the disastrous oil spill in the Gulf of Mexico, people around the country are spotting some ironic signs at BP gas stations: 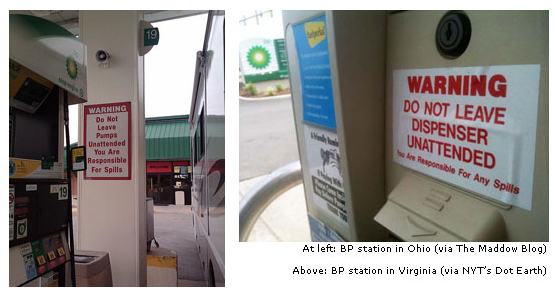 Contrary to Richard’s view of the valueless nature of polls I found one aspect of this table fascinating.
With the exception of the 1996 election, where Labor was clearly on the nose prior to polling day, there was an average 3% drop in Labor support – and an average 3% increase in Liberal support from poll to election day.
Does this mean there is a consistent and significant group of individuals polled who state they’ll back Labor & then secretly cast their vote for the Liberal candidate? Or conversely, were always going to vote Liberal but couldn’t admit it to the pollster?

Who “owns” Newspoll?
Those poll figures – funny the accuracy of “others”, compared to “the majors”, and how often, three weeks out, their poll figures for the Coal-ition were “down” against actual electoral result, and how Labor was “over-valued” – almost like they were a call to arms : “Don’t gamble, get out and save the party!”

Nice try Klewso, another conspiracy theory…so you’re saying that Newspolls will weight their polls to get the coalition re-elected? Bunkum!

it might serve Richard Farmer better to look at polls 2 months, one month and two weeks out to see if the accuracy improves as the election gets closer? Try a bit of that journalistic rigour eh Richard?

If Newspoll consistently overstates the ALP actual vote by 3%, then the Government should be even more worried, as the most recent Newspoll gave them a 2% lead!