Will our government be looking into the highly lucrative extractive industry of water mining for bottling purposes and applying the $40 CPRS tax on the profits of these operators?

Abbott canvasses views — and culls trees. I live in Tony Abbott’s electorate and, like others on the electoral role, received a very fat envelope with a two-page (single-sided) letter inviting me to participate in a survey canvassing a range of issues. “Warringah’s Biggest Survey … have your say about local issues,” it proclaims. Printed on heavy virgin paper stock, with not an environmental/soy ink blot in sight, a third of the survey is devoted to climate change and the environment. The survey was printed in Fyshwick, ACT — not supporting local business either, Tony! (I suspect the survey has come from the national office and has been tailored for each local member.)

You’d think the opposition would be smart enough to at least look like they cared about the environment enough to print on recycled stock! Luckily my survey has made its way into the recycling bin already. After all, I know that Abbott doesn’t believe in man-made climate change and doesn’t really want to know my views.

Dentists treat ‘child’ refugees. Some refugees claiming to be children are being treated by the free dental system provided in schools. The dentists say that many have all their molar teeth and therefore do not qualify for their services. Friends who are social workers supporting such refugees are finding this frustrating and can only go by the info on their visas.

Trouble at UWA. Things are hotting up at the University of Western Australia where there is talk of academic redundancies in at least two faculties and the normally quiet branch of the union looking towards industrial action as a result of hold-ups in bargaining. Stay tuned …

Don’t forget the water miners. Will our government be looking into the highly lucrative extractive industry of water mining for bottling purposes and applying the $40 CPRS tax on the profits of these operators? In the region close to Melbourne, controlled by Goulburn Murray Water, the water miners get their resource for practically nothing because they have been allowed to convert underutilised irrigation licences for massive water sales.

When the precious water of the driest continent is removed from the aquifer to be sold to China and other Asian countries where for some reason they don’t have good enough or cheap water, then Australians need to be concerned. If we continue to allow this trade should not our nation get some value for money through the CPRS?

BP — bringing oil to the shore. There’s plenty of commercial opportunism in the US oil spill … 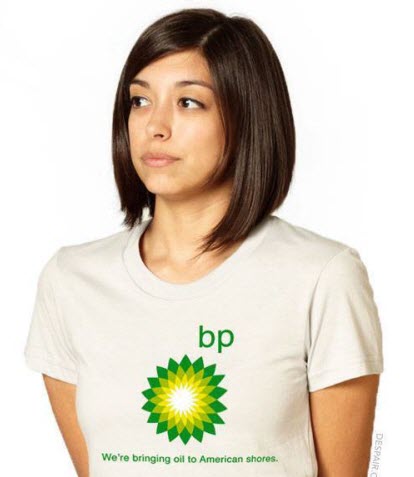