Crikey readers weigh in on the NSW Labor government. Is it a zombie corpse and is there a rabid media pack swarming behind it, feasting on it?

Niall Clugston writes: Re. Yesterday’s editorial. Your editorial is correct in saying, “The NSW government is a walking corpse.” In fact, pieces are falling off as it walks.  But why focus on only part of the picture? What about the rabid media pack swarming in the zombie’s wake?

We do not know yet if Ian Macdonald really was guilty of serious wrongdoing. But to an unbiased observer, the scandal comes in a series of media frenzies, often over red herrings, most notably in the case of Michael McGurk.

This can only end badly. Most probably the Coalition will slip into office without a skerrick of scrutiny. If, however, the zombie proves unstoppable, the media will go berserk to the point of permanent incoherence.

Does anyone really want either of these options?

John Goldbaum writes: NSW Labor can still retain government in 2011, and it can even win the Penrith by-election on June 19, if it mobilises a conga line of campaign workers to try to win over each and every individual voter on every train station in every electorate in the state. 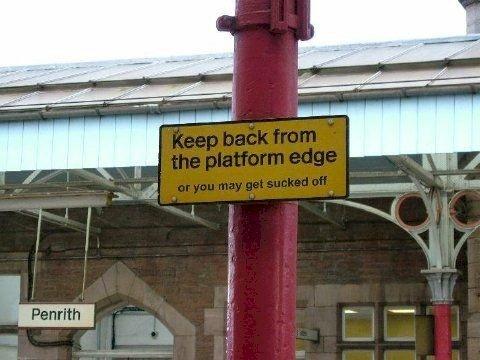 Chris Hunter writes: Re. “Mungo: a politician is an arse upon which everything has sat except a man” (yesterday, item 2). Mungo’s assessment of Australian politicians borders on deep Freudian, his gorgon fear being Tony Abbott.

When examining the  wreck of world politics Australia is no different to the rest, other than it sells its assets for an absolute song, like give away. All sane Australians should be twisting in their sleep questioning The Gorgon.

The assets of this world (that includes us) have to last it some time yet. Soon we will have to lock down fuel assets, set them aside for future generations, or be seen for the absolute hoons we really are, frenzied feeders of The Gorgon!

Take the ETS for example. Mr Rudd knew that if he brought it up in the Senate again it would be knocked back again. Putting it off for another year didn’t mean abandoning it, it was only acknowledgement of reality in the Senate.

What if the voters elect Tony Abbott?!

Tamara Smallhorn, Media Officer, Department of Families, Housing, Community Services and Indigenous Affairs, writes: Re. “Tips and rumours”  (yesterday, item 7). I refer to the below which appeared on the “Tips and rumours” section of Crikey concerning feed-in tariffs from household solar panels.

“Pensioners ripped off with solar panels? In Queensland (and for all I know, elsewhere), pensioners who installed solar panels are having their pension entitlements reduced by the amount of the rebate they receive for the power they sell into the electricity grid. Apart from seeming to be particularly petty and vindictive, to say the least; to achieve the rebate, the pensioners have incurred a significant capital cost (notwithstanding the assistance they receive for the installation)”

Please note this media release issued on 14 May by the Minister for Families, Housing, Community Services and Indigenous Affairs, Jenny Macklin, clarifying the rules for pensioners around feed-in tariffs from household solar panels.

Please note in particular the following clauses from the release:

“Feed-in tariffs that are paid to pensioners as a credit on an electricity bill will not be assessed as income under the pension income test.

The Commonwealth, state and territory governments already offer assistance with the installation costs of solar panels and that assistance is not assessed for the income test.”

Can you please correct your website to reflect the information in Minister Macklin’s release.

Tamas Calderwood writes: Adam Rope (Friday, comments) takes the nothing-to-see-here approach to the Royal Society’s review of its position on global warming.  But here is what Martin Rees, the Society’s President, has to say about it:

“… the public debate has all too often been clouded by exaggeration and misleading information.  We aim to provide the public with a clear indication of what is known about the climate system, what we think we know about it and, just as importantly, the aspects we still do not understand very well.”

Hmm… that sounds like the science isn’t settled to me.

Chris Owens (yesterday, comments) refers to a debate I had with Possum Comitatus in January, where I said “Fine, there is no (warming) trend”. Back in January the trend from 1998 was still negative, but as I readily admitted it was not statistically significant.

Indeed, Phil “hide the decline” Jones, head of the CRU, told the BBC in February that there had been no statistically significant warming since 1995 and that the warming trends from 1860-1880, 1910-1940 and 1975-1998 were all “similar and not statistically significantly different from each other”.  So where has this dangerous man-made global warming gone for the past 15 years?  And why have the warming spurts not increased in magnitude since 1860?

Finally, Geoff Russell (Friday, comments), Matt Andrews and Chris Owns (yesterday, comments) all say there is no 12 year cooling trend. They are correct. I checked the UAH satellite data and a linear regression back to January 1998 shows a non statistically significant warming trend of 0.05C!  The cooling trend has swung to warming because of the current El Nino.

If this dangerous rate of warming continues the planet will be 1C warmer in about 240 years.  Oh, did I mention that since January 1998 the planet’s temperature has had a range of 1C?

So, you know, given that we survived that 1C temperature range over the past 12 years, maybe humanity can survive 1C of warming over the next 240.

John Kotsopoulos writes: After a marvellous demolition job on serial climate change dissembler Tamas Calderwood  Matt Andrews goes and spoils it all by giving Rudd and the Labor Party a lazy and undeserved backhander for “lacking the courage of their convictions” and “watering down and delaying action (on climate change) to the point of meaninglessness.”

Has it escaped Mr. Andrews that the Greens opposed the ETS agreement that Rudd and Turnbull had negotiated and voted with the Abbott led Libs to oppose the ETS?  But for this piece of outrageous political cynicism by Brown in particular,  an ETS would most likely have been legislated for prior to Copenhagen aided by a couple of Lib defectors. Such a move would have meant Australia acted as an exemplar in Copenhagen which  could have changed the final result of negotiations.

It is immature, naïve and downright offensive for Mr. Andrews and his ilk to attack Rudd for refusing to become the election meat in the sandwich between Mr. “Climate change is complete crap” and Brown who espouses his own unrealistically deep green and job destroying approach to climate change action.

It’s time that the Greens leaning voters turned their ire towards Abbott and Brown who are true guilty parties in relation to the ETS delay.

Steve Simmonds writes: Here Here to Matt Andrews … someone who in less than 500 words has done a better job of clarifying the climate change debate. If [or more correctly when] the prince of Planet Denial responds, before publishing can you please ask him to clarify the following within or as a disclosure in his response:

Whilst I am obviously being just a tad facetious, I ask the above in all seriousness and whether by request or not, if Tamas reads this and does not include these three things in future proclamations, then we can continue to acknowledge the achievements of Jessica Watson, rather than live in wonder as to why she did not fall off the edge of the earth!

With friends like these: Barnaby Joyce’s return a blow for the Coalition

The NSW premier is hot, absolutely lovely, no gorgeous, sweet, gentle, deliciously intelligent and charming. She is probably the most beautiful, sexy, intelligent and highly competent woman in politics in the world. In the world!
This is her problem or do Aussies just murder male tall poppies.

Well having had to deal with a huge variety of a very large number of people (patients) over decades in the insight demanding GP role and in the fear management roll as a surgeon.
I don’t think anyone knows how to work this one out politically. I couldn’t vote for anyone else whichever party I belonged to.

John Thain, so many men, so little time.

FFS Crikey, would you stop dancing around it and just give Tamas “inverted commas” Calderwood his own column already? Pure Poison could move to the Herald Sun, and we could all read Crikey’s exploits from there.

Tamas Calderwood again slips and slides as he perpetually searches for an escape from his own folly.

Today’s contribution, which Crikey generously ran for him in an effort to stir up a debate, contains several statements which are not in accord with the facts, or at least those facts which are known to sentient beings.

I refer explicitly to his repeated claims that during the past 10 or 12 years. The period varies, depending on when and where this contributor has made the claim, but it refers to the abnormally warm 1998 due to normal climate variation overlaid on a warming climate trend.

Mr Calderwood (or, perhaps, FDOTM, if that be his name) has now changed his cry to “not cooling, but only just warming”. Remember, this is in relation to a temperature record which he has selectively decided to start in an outlier warm year, thus specifically cherrypicking the data to try to flatten the curve.

The important thing in all of this is not his now admitted warming, but the actual longer term temperature rise. By selecting a specific data point as the start of his series, he has committed a statistical crime far worse than any of which the University of East Anglia staff were accused and has demonstrated that he is not to be trusted.

Got it? Tamas Calderwood is not to be trusted, on climate science or anything else.

I have on at least half a dozen occasions countered his blather with truth, only to find that this impervious brain neither listens nor stays on topic. Those of you with the patience (I have not) could fairly easily search the Crikey archives to verify this statement.

This is the last time that I will attempt to answer this fellow on line. Crikey editors, if they value their brand, should commence preventative action, rather than to remain weak-kneed, sitting idly by whilst this hoon attempts to damage both my favourite news source and the planet.

Oh, and Tamas, I notice your quotation cherry picking is getting better. Last time when you lied about a quote it contradicted you in the very same sentence. This time I had to read down two whole paragraphs in the Royal Society Article before president Martin Rees says:

“Nothing in recent developments has changed or weakened the underpinning science of climate change.”

Good on you! Keep fighting the good fight!