We want to see dirty oceans, but not dirty laundry

In the age of web 2.0, we now demand an increasing level of transparency from our government and corporations -- but we're still not ready for our own lives to be so heavily scrutinised.

The members of the Crikey team — along with thousands of others around the world — are glued to our computer screens today (or moreso than usual), watching hours of footage of bubbling, muddy water.

We’re watching ‘spillcam‘, BP’s live-stream of its ‘Top Kill’ operation, the oil giant’s latest attempt to curb the millions of gallons of oil still gushing into the Gulf of Mexico.

The live feed of the oil spill has been running for a week now, but when BP tweeted that it may kill the feed for Top Kill, the public backlash came thick and fast, with accusations of a cover-up and demands for complete transparency. When the company finally backed down and agreed to show the footage, so much hype had built around it that it has become the most talked-about online event since the WikiLeaks ‘Collateral Murder’ video. 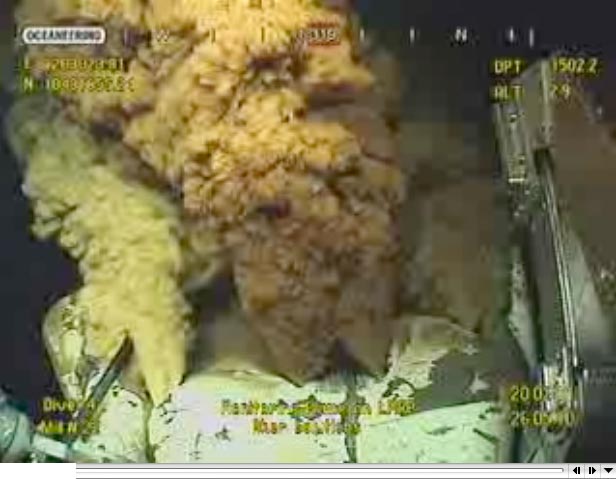 Okay, not because we love watching endless hours of bubbling sludge, but because it is all playing out alongside another big debate about transparency and the internet: the erosion of our personal privacy on Facebook and the Google wi-fi data breach, both of which came under fire from communications minister Stephen Conroy in parliament on Monday.

Some, including Facebook’s wunderkind founder Mark Zuckerberg, have been predicting the death of privacy as we know it. Yet just today, he has caved in to public pressure, agreeing to revamp the site’s privacy controls, so users can make sure their drunken party photos are kept out of the public gaze.

It’s the big contradiction of the internet age: on the one hand, we now expect — demand, even — an increasing level of transparency from our government and corporations. And the social web has given us the tools to hold them instantly and publicly accountable when they don’t comply.

But on the flip side of the web 2.0 coin, most of us clearly aren’t ready for our own lives to be so heavily scrutinised. Facebook is our own personal spillcam, but we’d rather keep it on closed circuit TV.

But can we continue to break down the barriers around big corporations and public figures without eventually exposing ourselves?

We’ll be watching — but we’re keeping our thoughts to ourselves. For now.

In the meantime, back to the sludge…

Why is that such a contradiction Ruth? The government in a democracy is “of the people” (though you’d be forgiven for forgetting that), and BP is responsible for an ecological and economic disaster that will affect millions of people directly or indirectly. Damn straight we should expect transparency. If my being drunk at a party ever threatens that sort of impact, I’ll cop it sweet when millions of people want to see the pictures.

Transparency from government and corporations is completely different to private individuals’ details being public. There is no contradiction. Demands to know the details of the private lives of anyone, celebrity, politician, whatever have nothing to do with transparency and shouldn’t be confused.
Having access to a webfeed of spillcam (personally of zero interest to me) might give a superficial feeling of access to information, but until company and gov’t docs are willingly released this is just sham transparency, a circus of openness and access.

The contradiction isn’t in wanting personal privacy and corporate transparency, just that the same innovations in new media that we celebrate for helping us enforce the latter are eroding the former.

The US Gulf oil spill is a disaster of cosmic proprtions that is not just simply going to go away. BP’s “spillcam” gives a running vid of the end of the world as we know it, at least as far as the ravaged US Gulf states are concerned.
Its still hard to believe this deadly underwater gusher can’t be stopped in the early 20th century. We got to the moon 40 years ago (and we won’t get back for maybe another 40 years) yet even with the spectacular developments in integrated circuits, computing and robotics since then this oil spill has clearly baffled the boffins. It kind of puts paid to comic book notions of heroic engineering coming to rescue the world from global warming and so on. Maybe, as one technology commentator said on the PBS Newshour, the problem is that so many science minded bright students shied away from technical fields to use their skills in devising every more ingenious money traps like Credit default swaps and stock market direivatives which resulted in a crippled economy. I hope this disaster is solved before it destroys the national Heritage listed Florida Everglades. The horrendous blow back and wash up from this shall be felt for years and decades to come. Anyone for a shrimp on the barby? If so our American friends may have to import it from Australia. I do wish them well and hope everything turns out for the better but grim realism intrudes with every gallon of crude that bleeds into the Gulf of Mexico. If ever there was a timje to thinhk outside the box this is it!