The opposition is attacking Treasury secretary Ken Henry as being a Labor gun for hire. Are they playing the man or the ball? Plus, evidence of a warming world and other political snippets.

Playing the man. The disadvantages for a government in allowing public servants to enter the public debate about policy is on display today with the opposition attacking Treasury secretary Ken Henry as being a Labor gun for hire. Instead of Tony Abbott and his team being forced to try and refute the findings of a Treasury study into company tax levels in different industries, the recent speech by Dr Henry on the mining tax proposal has allowed them to play the man, not the policy ball.

The stronger the attack … The very public attack by the mining industry on the Labor tax proposal is a classic example of how not to conduct a lobbying campaign. This is one of those occasions when every statements criticising the proposal in strong language makes it harder for the government to make any concessions.

An icy update. The evidence of a warming world keeps coming. The extent (area) of sea ice in the Arctic is now below that of the record low year in 2007. 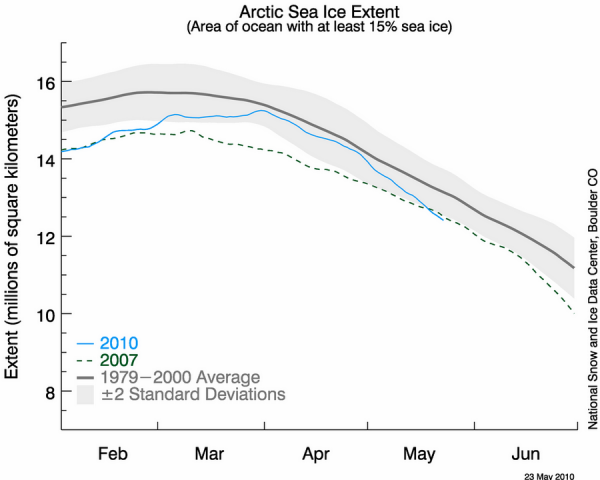 My kind of politician. Balanced news, fearless views. What an appropriate newspaper motto to appear alongside the brave declaration by the new Philippines President-in-waiting Benigno “Noynoy” Aquino.

Aquino, 50, brushed aside calls from health groups that quitting smoking would set a good example for the country, reports the Philippine Daily Inquirer. “People knew when I ran for president that I smoke,” Aquino said, in reply to a non-governmental organisation that  had asked him to be its anti-smoking poster boy. “So as long as I don’t violate any laws and I don’t disturb anyone [I should be free to smoke]. This is one of my few remaining freedoms,” he said.

Oh, that the secret smoker in the United States White House had the courage of his convictions!

You can keep your alfalfa. Never having been one to eat those alfalfa and other kinds of bean sprouts, I take this news as confirmation of my good culinary sense. 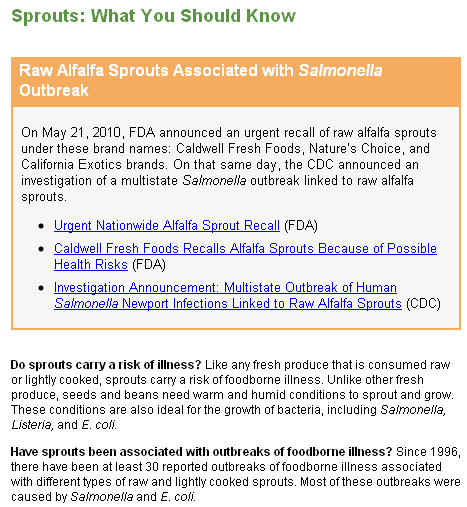 That announcement of yet another sprout recall is on theFoodSafety website of the US Food and Drug Administration.

You have been warned!

A good news morning for an old fellow. A pleasant surprise this morning for this old fellow when doing the daily survey of what the world’s newspapers are saying. First a report in The Guardian. 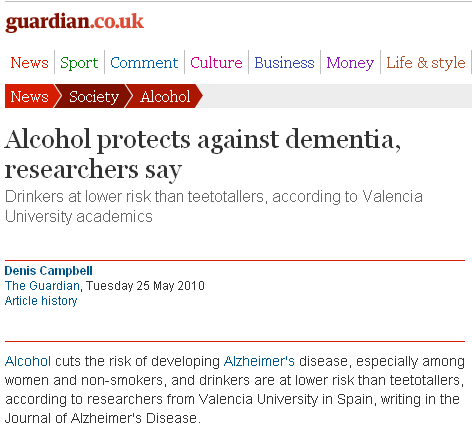 A pity about that women and non-smokers bit, but some good news is better than no good news.

And then there was this finding when I visited the Journal of Alzheimer’s Disease website, where you can find the press statement on which The Guardian based its story:

That’s the kind of press release to make the coffee go down comfortably.

Another non-zero based graph to shock us all. You would have more credibility if you just present the data and not try to spin it in such an amateur way. Don’t worry – the facts are serious enough on their own merit.

David Hand – he’s spinning nothing. The graph is showing different trends relative to each other. It would show exactly the same whether or not it had zero in it. All adding a zero base would do is add a lot of unused space.