Rundle in Cannes: Does Tim Burton really know what serious cinema is?

In a year widely regarded as having one of the more boring and average fields in official competition, the Cannes jury has chosen one of the most obscure entries to take out the Palme D'Or: a Thai film called Lung Boonmee Raluek Chat. At least it's not a direr realist piece.

Well the Cannes jury has gone and done it again. In a year widely regarded as having one of the more boring and average fields in official competition, they’ve chosen one of the most obscure entries to take out the Palme D’Or: a Thai film called Lung Boonmee Raluek Chat.

The official translation is Uncle Boonmee Who Can Recall His Past Lives, presumably the original is snappier, although if not it’s in the spirit of the synopsis: an aged man returns to his village to die of kidney failure. His dead wife and son he has long lost contact with, return to him as ghosts, and he eventually returns to a womb-like cave.

Look, I’m not even going to pretend that I saw this one. It was on late in the competition, when I had actually started seeing some movies, but this one was too daunting. More than likely it’s completely overpowering, and at least it’s not a direr realist piece.

Indeed, two of the films that had most often been spoken of as Palme D’Or contenders – Ken Loach’s Route Irish, a late-entry political Iraq thriller, and Mike Leigh’s Another Year – were in the realist mode, and got nowhere.

However second prize, the grand prix, went to Des hommes et des dieux, a pretty harrowing story of a number of monks murdered by extreme Islamists in Algeria in 1996.

The ‘third’ jury prize, went to a Chadian film called A Screaming Man, which, for all the will in the world, one can only see as an encouragement award for a hitherto cinema-poor area. Best screenplay went to Lee Chang-dong for Poetry, and best director to Mathieu Amalric for a bullsh-t movie called Tournée, about a bloke who takes a bunch of ageing burlesque stars on a US tour to get a last headline gig, only to find that yadayadyayadya. Priscilla meets Forever Young I imagine the pitch was. Harold is Maude! Maybe. 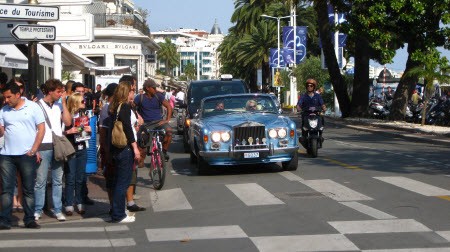 Best Actor? Oh yeah some people give a shit about that, I forgot. Javier Bardem for Biutiful and Elio Germano in La Nostra Vita. Best actress was Juliette Binoche for Copie Conforme, an award the silly moo stuffed up by getting all teary about jailed Iranian director Jafar Panahi (Copie Conforme was by fellow Iranian Kiarostami).

Not that it wasn’t great for 90 or so filmmakers or so to show their solidarity with Panahi earlier in the fest, but with Binoche tearily leaving a card with Panahi’s name on the podium at the closing ceremony, it seemed to pretty much become about the actress, not the political prisoner.

In the other awards, a Korean film about two whacky Korean guys, one of whom wants to be a filmmaker, sailing to Canada, won the Un Certain Regard section, while the Camera D’Or for first time director went to Mexican rough-s-x fest — sorry, study in modern alienation — Leap Year (Año Bisiesto).

Stars were thin on the ground, too. No Stephanie Bunbury sightings, no David Stratton, though we looked and looked. Eventually we took to treating every balding white-bearded man as Stratton, and randomly asking them questions like “Does Australia’s obsession with adolescent coming-of-age movies reflect a national dilemma, or does it produce it by constructing national identity as personal identity?” (“l’obsession de l’australia avec das kunst bildungsfilmen, relfechit-il une crise nationale, ou, neanmoins, peut-etre producesse f-ck I need the subjunctive here is that right -t-il par construire l’identite nationales comme l’identite individuelle? Mein fuhrer, I can walk!”).

Eventually, the police moved us on. It had become a pretty heavy time anyway, for on Friday, the police presence had been massively increased as the National Front and aged veterans staged a protest march against Outside the Law a film about the Algerian liberation struggle which was pretty uncompromising in its view the war as a just anti-colonial struggle, and the French as pricks.

There was vague talk of bomb threats, but no evacuations. Since the palais du festival looks like an anti-tank bunker anyway, maybe they thought no-one would notice. 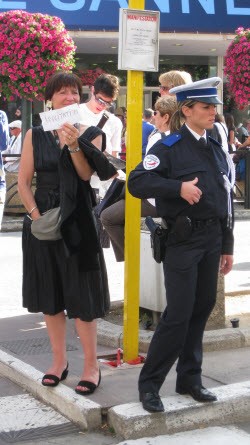 French-Australian co-production The Tree closed the festival, Oz’s only other showing in the shindig, and it was good to see the French TV coverage gallantly and generously not even mention us once. I wasn’t there because someone and I’m not saying who, assured me I wouldn’t need an official invitation to get in.

I missed the party too. But then I missed the entire 2,000 strong demonstration by the veterans and the NF by dint of going up the wrong street, so mission accomplished on the Croisette. 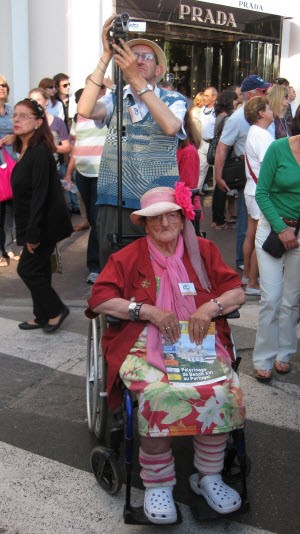 Anyway for me I have to say the highlight was going hungover at 10am to the fleabag Star cinema to see the repeat showing of Jean-Luc Godard’s film Socialism, a two-hour essay on capitalism, history, the financial crisis, mobility, Algeria, Palestine, Greece, etc etc, variously set on a cruise ship, the ports it visits, and a family run garage marooned in the French countryside, and featuring, inter alia, philosopher Alain Badiou, Belgian actor Matias Domehiday and Patti Smith.

The subtitles do not match the voiceover or dialogue, but conflict and contrast with it. There is no plot as such, stills and title cars alternate with oblique discussions of the popular will, Barcelona 1936, and presentation and reality.

The crowd of three hundred thinned to about 150 by the end, like a sort of filmic Sandakan death march, and the survivors greeted each other staggering out after the final title cards, ending ‘No Comment’, with the sort of smug, smiling camaraderie of those tough enough to make it.

Fair dinks, it could have gone another hour, perhaps with a wee break. I couldn’t get enough of it. Going in one wondered if the enthusiasm felt was pure nostaglia and celeb buzz. But of course it wasn’t. It was that few other people are now making this sort of film, and those who are weren’t selected for the fest (Godard’s work was out of competition). 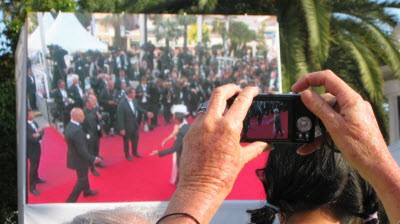 It reminds you that the ennui you feel at the prospect of a Kazakh/Burundian/Shetlands story of village life/alienation/religious guilt/kidney failure is not because these places or people do not interest you, but because art film has recrudesced to a dull one dimensional realism in which the eternal battle between montage and la duree, the long take, as dominant principles of cinema has been won by the latter in the middlebrow art field and by the former in popular film, to art film’s detriment.

Can I be the only one whose heart raced only for the Godard film on the one hand, and the Doug Liman confection ‘Fair Game’ a brainless Hollywood glossie about a blonde CIA agent?

I don’t believe for a second that Godard is the only making these sorts of films still — those that force you to think by busting open received form as well as content. But I wonder if we are now so far from high modernism, that we are like the Franks in Gregory of Tours’s sixth century chronicle – unable to read the Latin bequeathed to us, but carrying on nonetheless. 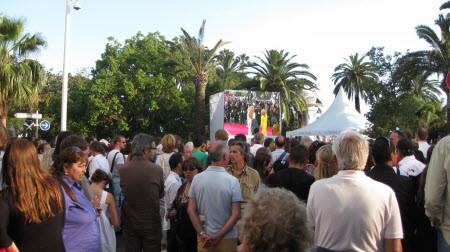 Does committee president Tim Burton really know what serious cinema is? Or is he a hyper-talented man-child, forever foisting adult fairy tales on the world in the guise of sage wisdom — and able only to recognise worth in the magical-realist field, or to have a bit of a guess at which ponderous national epic represents art.

Whatever the case, everyone thought it was kinda fizzer this year. Time to go back in the cave with the ghosts. Yeah OK, the Thai film was about cinema itself. Next. Next is Venice in September, where I will don the dell’arte mask of Stratton, il papa kinema, and stalk the shadows of canals until on the Bridge of Sighs, there is a Bunbury sighting at last.

Should the ABC foot the bill to send Margaret Pomeranz to Cannes?

Rundle in Cannes: Oh, for a few spare invitations

Now Rundle is available in cans?

Really? Deeper than Yesterday won two awards, and Rundle failed to notice, despite blanket coverage, that Michael Rowe, the director of the Mexican film Leap Year that won the Camera d’Or, is also an Australian.

Maybe the only companion for Godard these days is Alexander Kluge. Equally modernist, polemical and concerned with busting apart form/content.

Can’t tell whether his Nachrichten aus der ideologischen Antike – Marx/Eisenstein/Das Kapital is absolutely nuts or genius. Which immediately makes it a more exciting prospect than the middlebrow mediocrity of the usual Palace Cinemas offerings.

Ah well, Michelle, no Actress to set him right there. At least his heart’s in the right place: well viewed in 60 seconds. Only, 2 hours of unreconstructed Godard is surely straining at gnats.