And the election advertising begins…

Taxpayers are footing the bill for the start of Labor's re-election advertising campaign. Plus, the only scandal in the David Campbell affair was the action of Network Seven and other political news.

Labor’s election advertising begins and the public is paying. Taxpayers are footing the bill for the start of Labor’s re-election advertising campaign. Television spots extolling the virtues of what is called “the new health reform” are now appearing and the internet is full of pointers to the party’s propaganda website that masquerades as the Health Department providing information. 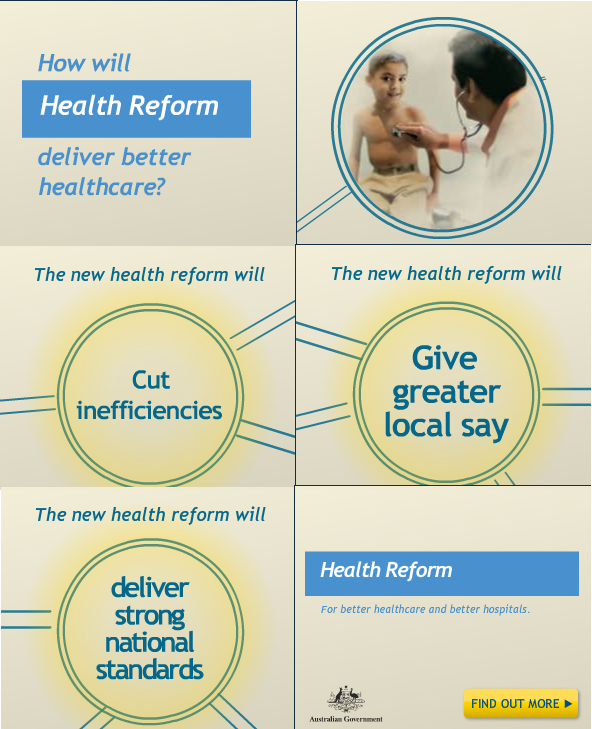 The whole thing makes a mockery of Labor’s promise to end the practice of incumbent governments delving into the public purse to further their own political ends.

My own pointless protest. I don’t have one of those television watching meters in my house so my little protest will not affect the ratings which makes it quite pointless really. Nevertheless the futile gesture of not watching the Seven Network News will make me feel better.

All I can hope for is that those on the TV survey panel are as disgusted as I am with the new form of queer bashing that went to air on 7 in Sydney last night. Quite frankly I don’t care how politicians get their sexual kicks in private and I don’t think reporting a visit by a Cabinet Minister to a gay club is legitimate news either.

As to the newspapers this morning, well, they had to report the resignation from the Ministry of David Campbell but most of them crossed the line into promoting homophobia. I mean, how come it is a scandal for the NSW Government that the former Transport Minister was embarrassed about being ambushed by an unprincipled television station news crew? 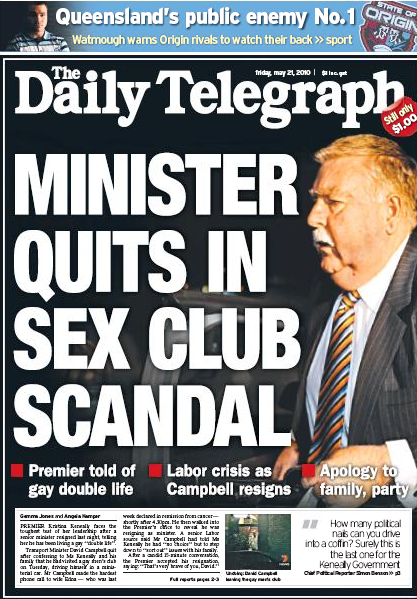 The only scandal was the action of Network Seven. Bring in some fair dinkum protection of privacy laws is what I say.

How about blaming China? I’m not a share owner — no, not even indirectly through a super fund — so at least I’m not writing through my pocket like some commentators of late clearly are.

Thus I am unconvinced of the certainty with which some of my journalist colleagues have been asserting that the fall in Australian share prices and the welcome fall in the value of the Australian dollar is all the fault of the Federal Government and its planned mining super profits tax.

Could it not be that in the last few months Australian share prices have fallen slightly more than those in the United States because of the increasing concern about the immediate future prospects of China as shown by the fall in the Shanghai Stock index? 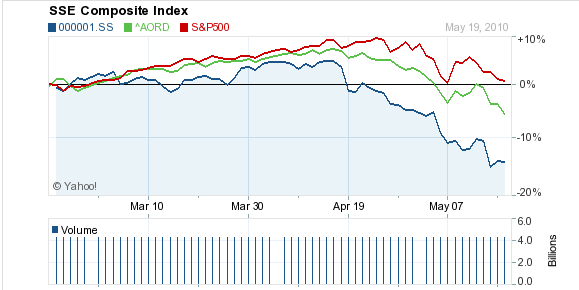 And what about comparing what has happened on the Australian market with the course of share prices in Brazil, a country which, if you believe those crying wolf will be a  big beneficiary of the Australian government’s wrong headedness?

Funny that. The Brazilians seem to be doing worse than us.

Big Brother keeps marching on. Big Brother wowserism is running wild with this Labor Government. First it wants to censor what people can see on the internet in their own home. Now the Customs Department is setting out to embarrass travellers when they arrive in the country by mounting a p-rnography check.

Where will the influence of our goody, goody too shoes Prime Minister go next?

The press have been saying that the govt. never explains its policy to the electorate, then they finally put on an ad to let the people know about the health reforms and they are now the world’s worst!

Tell me — when and how are they supposed to inform the public otherwise?

I saw virtually weekly ads from the libs during their last term and I must admit to wondering why the current govt. hadn’t been using television more to inform the public about the ETS for instance.

BTW — I agree with you on one thing, I don’t think the current downturn has been particularly influenced by the RSPT. And now, with the dollar down, these mining magnates make a whole lot more profit!

I agree with Farmer. The ‘new health reform’ ads are political cos they don’t provide any information useful to a viewer such as how they might apply for a rebate but just seek to promote a feeling of goodwill towards the government. It is true that the Coalition was worse than Labor (so far) but Labor promised to behave better. It is therefore also hypocritical of Labor which has broken another promise.

I also deplore Customs’ reversion to the 1950s in its p-rn checks at the border. Soon we’ll be returning to contraband copies of Lady Chatterley’s Lover in brown paper covers.

As for the election campaigning, it doesn’t suprise me at all that Labor have broken another election promise, if the recent Tas and SA elections are anything to go by then expect the dirtiest ALP campaign ever.