Drink to the planet with biodynamic wine

It's Thursday, time for a tipple if you're that way inclined. Why not further your wine education and help the environment while you're at it with some biodynamic wines.

It’s Thursday, time for a tipple if you’re that way inclined. Why not further your wine education and help the environment while you’re at it.

In Episode #5 of Cheers TV, independent sommeliers Ben Edwards and Dan Sims taste three delicious Aussie wines made with chemical-free, nature-hugging biodynamic processes. Their recommendation: act globally, drink locally. But a note of caution, just because it’s biodynamic doesn’t make it better — the proof is still in the tasting. 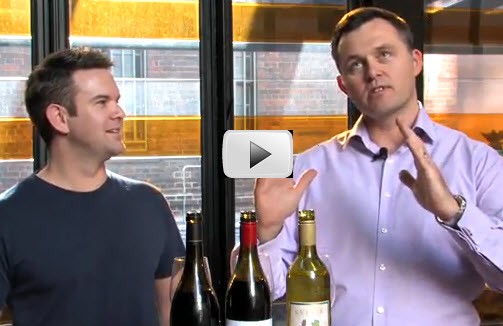 Dan and Ben don’t get down and dirty with the intricate and sometimes kooky details of biodynamics (that would take a lot longer than they’ve got time for). But for those who want to know more, there’s plenty of info at wine journo Max Allen’s website. He started the website because, despite his initial scepticism, he found that biodynamic wines impressed him:

“Like many other consumers of organic produce, I used to be quite sceptical about many aspects of biodynamics — stirring fermented cow poo in water and spraying it on your vineyard under a descending moon, or picking grapes on ‘fruit days’ when the moon was in a ‘fire’ constellation all sounded like wacky nonsense. But then I noticed that, more often than not, well-made biodynamic wines were sending a chill down my spine with their intensity and complexity of flavour.”

Drinking BD wine, says Allen, is like “listening to live music” instead of a CD. That’s a pretty convincing argument.

No doubt somewhere in the world there’s some Lysenko-ist winemakers turning out a decent drop.
Being able to bottle a decent wine made using biodynamics says more about the winemakers approach to wine than it does about the batshit crazy philosphy they follow.