That Ken Henry is clearly prepared to give fearless advice was shown by his speech yesterday to a group of business economists. Plus, calling the miner's bluff and other political snippets.

Fearless advice. That Treasury secretary Ken Henry is clearly prepared to give fearless advice was shown by his speech yesterday to a group of business economists. He not only defended the proposed super profits tax on mining companies but did so in a way that will make it very difficult for the Labor government to retreat from it if it ever wanted to. The best the mining industry can hope for now is that the government changes before legislation is actually passed.

But given that the opposition has indicated it is against the introduction of what it calls a big new tax, Dr Henry’s direct intervention into the political process should raise a few questions as to what kind of public service we now have. In the old theory, fearless advice was delivered in an independent and impartial fashion and in private. That convention has clearly gone by the board without new rules about the roles of departmental secretaries being enunciated. That is not a healthy development.

Calling the miner’s bluff. Perhaps the next step for a government apparently set on its new resources tax will be to remind miners that if they don’t like the system, they will have taken back the leases they refuse to develop because of it. My guess is that there would be plenty of willing takers to develop what BHP and Rio Tinto are talking about leaving in limbo.

Very, very modest. As US authorities expanded the no-fishing zone in the Gulf of Mexico and began fretting about the oil spill off Louisiana reaching currents that would take it to the Florida coast, the chief executive of BP was taking a much more sanguine view of the potential environmental disaster. The massive Gulf of Mexico oil spill, Dr Tony Hayward told Britain’s Sky News, will end up having only a “very, very modest” environmental impact. 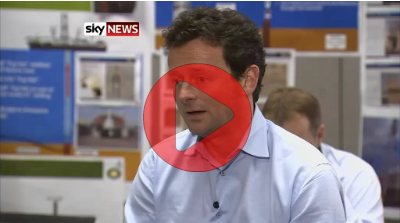 Believe Dr Hayward and you would wonder why President Barack Obama is bothering to set up his commission of inquiry into how this accident happened. And you might also believe in flying pigs.

News the sufferer as TV profits fall. The figures released yesterday by the Australian Communications and Media Authority are getting on for two years out of date now but they confirm that it is news and current affairs programs that are suffering from the decline in the television industry’s profitability. ACMA’s publication Broadcasting Financial Results 2007-08 shows the commercial television sector reported $4159.3 million in revenue that year for a reported broadcasting service profit of $317.9 million. Back in 2003/04 profit was just under $600 million. 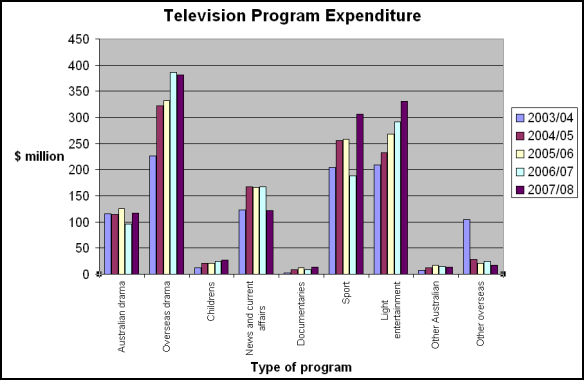 Spending on news and current affairs programs in 2007-08 was down considerably with light entertainment and sport being the big growth areas.

Fearless advice or foolish advice?
Ken Henry’s models are for the classroom.
In real life, there are often unintended consequences.
Ken Henry should listen to people who work in the real world.
The private sector generates wealth. Ken Henry’s type just redistributes it.
Has Ken Henry ever worked in the private sector?

Believe Dr Hayward and you would wonder why President Barack Obama is bothering to set up his commission of inquiry into how this accident happened. And you might also believe in flying pigs.

Or you might just have noted the negligible environmental impact of the similar Montara oil spill (some hysterical stuff in Crikey notwithstanding), which also occurred in warm tropical waters. There are several reasons why this ain’t the Exxon Valdez.

re: Calling the miner’s bluff
Tell that to Fortescue.
Kevin Rudd killed the minerals boom.

John
I don’t think I have to tell Andrew Forrest. If I heard him correctly tonight he is already talking about selling off projects that he reckons he will trouble financing.

The miners are currently trying to convince people that every delay or decision not to develop a project is due to the governments decision. Its a convenient way of rallying the shareholders but I don’t buy it. In my view, a company not developing a mineral resource at a reasonable rate of return to the nation is not a bad thing. Minerals do not go off in the sun, and there are more than a few cashed up entrepreneurs in this world who can and will develop these resources if the current crop won’t.