What state has at least two primary schools where teachers are telling children who don't perform well that they don't have to bother coming for Naplan testing day?

On the Chairman’s Lounge, not all MPs get membership. In the days before the merger in Queensland, the only state Liberal to hold membership was the leader, and Qantas removed such privilege from them the minute they ceased to be leader.

Wendy Richardson, outspoken and high-profile far-north Queensland LNP candidate in the 2009 state election, is the  latest to jump ship and resign from the LNP to become an independent. Word on the steamy streets of Cairns says the local LNP is deeply divided, in part because of the preselection of old war horse Warren Entsch as its candidate for Liechhardt, who is seen as a “back to the future” choice and not preforming.

The pressure is showing on Entsch with him recently repeatedly lashing out at the editor of the Cairns Post, Andrew Webster, on talk-back radio. Not a great strategy in a one-paper town. Entsch’s frustration at his inability to gain any traction might also explain his extraordinary attack on Labor’s Jim Turnour in Saturday’s Cairns Post where described him as “some half-witted cretin who is an absolute sponge on the system” and a “useless bastard”. That kind of language might work in some of the seedier more remote parts in the far north, but, in Cairns, Entsch is seen as well past his best with the Cairns Post already editorialising against him in Saturday’s paper.

Some primary school teachers (at two schools in Canberra) are telling children who don’t perform well that they don’t have to bother coming for Naplan testing day.

Trent Smith, the DFAT officer who was suspended in 2003 and later sacked for an innocuous email communication with Kevin Rudd’s office when in opposition, will be appearing in the Federal Magistrates Court this week.  Smith, who is around half a million dollars in debt for legal expenses he has incurred to date in clearing his name, is alleging discrimination resulting from his 2007 win in the Industrial Relations Commission. In that decision, the Commission questioned the credibility of some DFAT witnesses’ evidence.  Nevertheless DFAT continues to reward its troops who have had a hand in the affair, most recently with plum senior diplomatic jobs in Brussels and Madrid.

Trouble at UniSuper 1: Something is clearly amiss with the organisation. Those many members whose online access to their accounts is currently blocked, are invited to apply for formal benefit estimates but there is no indication of how long these will take. UniSuper’s auto responses to email inquiries indicate that proper replies will take “up to 10 days or more”.  At least some members who were considering putting additional funds into their accounts must now be considering other options.

Trouble at UniSuper 2: After months of digging (I’m a member of Unisuper) I discovered that although they took almost $2000 out of my account in 2007 to pay my Australian Tax Office surcharge bill (at my request), Unisuper never got around to forwarding the money to the ATO! Two years later the ATO levied me for the outstanding debt. UniSuper apologised to me recently for “any inconvenience” but so far has been unable to provide any explanation.

Desperate times at the Canberra Times with yet another revamp, this time for the Saturday edition, in which the recently revamped Forum will be revamped again with sections taken from the main part of the paper in the last revamp returned there — confused? And the star attraction of this revamp is a new columnist — Tim the Yowie Man, who is certainly entertaining (he runs ghost tours of Canberra) but hardly lifts the profile of the newspaper as a serious must-read journal of record. Wags are saying this merely formalises what Tim the Yowie Man has already enjoyed for some time — unlimited free publicity in the pages of the Times.

Peter Brennan has resigned to take up the role of program director at 2UE.  He leaves on Friday. He was appointed last year as local content manager for Sydney’s ABC local radio station, 702 (2BL). Brennan had worked at Macquarie Radio’s 2GB in Sydney but was shafted by the management of the company that owns 2GB in a rather crude fashion. His father is radio programming legend John Brennan.

The ABC’s Four Corners is continuing to probe around the NRL, betting, salary caps and other angles. It has interviewed Greg Simpson, the Gold Coast builder involved in allegations with the Titans club (which have been rejected). There are also reports from league circles that the Sydney Morning Herald is also probing the betting side of things. Be nice if the names of some of the NRL types who punted on the Storm finishing last were revealed … 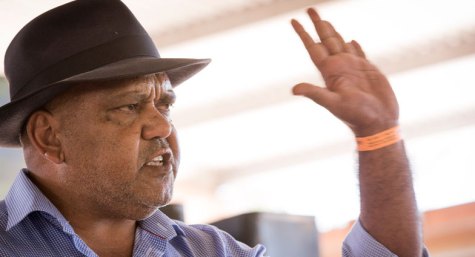 Has Unisuper joined the robbers?