Abandoning an emissions trading scheme has frozen the renewable energy market and the Government’s “flawed” clean energy targets are stifling investment in large-scale projects like wind farms and solar generation.

Shadow Minister for Energy and Resources Ian MacFarlane spoke this morning at the Clean Energy Council’s national conference in Adelaide, the first gathering of industry leaders since the Government announced it was abandoning its push to introduce its Carbon Pollution Reduction Scheme.

As some $20 billion worth of projects remain on hold, the sector is now betting everything on slated changes to the Renewable Energy Target legislation. MacFarlane spoke positively about the industry, those in attendance say, but wasn’t committing to supporting the amendments just yet.

Abandoning an emissions trading scheme has put the freeze on the renewable energy market, providers say, and the sector is furiously lobbying Canberra to back RET amendments which, in the absence of a price on carbon, is now the “only game in town.”

Council CEO Matthew Warren told the conference he believes some $20 billion worth of projects are currently waiting for the change in regulations.

“It provides the certainty so desperately lacking for … large scale generation capacity to proceed,” he said, warning the clean energy industry will “atrophy” without the changes.

Industry says demand for household alternative energy solutions like solar hot water schemes — driven by government subsidies and currently uncapped under the clean energy scheme — have crowded out the large-scale industrial energy generation projects needed to meet the ambitious 20% target for clean energy use by 2020.

As a result, the Government proposed in February this year to hive off large-scale projects into a separate scheme under the regulations, something the Opposition is yet to commit to. A spokesperson for MacFarlane told Crikey today they want to see the legislation first to “get it right”.

Warren told the conference: “There were two clean energy markets trying to operate under one set of rules. It didn’t work.

“Once this passes it’s game on. We don’t have to wait until January [when the legislation, if passed, would take effect] to get building.”

After the death of the CPRS, solar energy lobbyist John Grimes says the clean energy targets are “the only game in town”. Grimes, CEO of the Australian and New Zealand Solar Energy Society, told Crikey without the legislative changes “there remains serious doubts” about the viability of the sector.

The way the amendments are structured will effectively mean the 20% target will jump another 2.5% by 2020. But, said Grimes, “industry remains stalled for so long as those improvements, those enhancements, are not passed”.

Speaking at the conference yesterday, Climate Change Minister Penny Wong said the Government wants to introduce the legislation during the Winter sitting of parliament. She told delegates: “Whether you are trying to develop a major renewable project, whether you are doing your bit with a solar panel or solar hot water system, or whether you are an installer of household renewable systems, these changes will deliver certainty.”

But it seems the industry can’t hold its breath for much longer. Warren says an impasse would mean “limited opportunity for households to reduce their liability to higher energy prices, reduced capacity to effect immediate cuts in energy demand [and] even less investment in new generation capacity”. 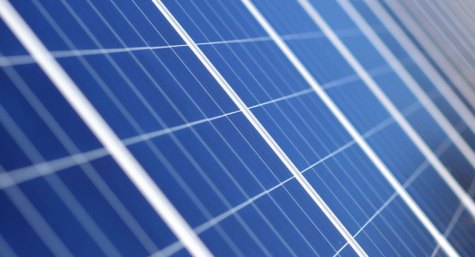 It is important that the structuring of this legislation is done correctly – it is the second “fix” that the Rudd government have undertaken on this scheme, so getting it right this time is paramount.

The problem is residential solar panels earning 5x certificates, commercial heat pumps and an over-build in the wind sector meaning that the REC price doesn’t depend on directly on electricity prices.

The future renewable energy target requires a massive increase from about 2015 onwards. The problem for the wind industry (amongst others) is that for now the market as currently setup is over-supplied and no-one gets to build anything.

Alternative energy suppliers may get some reassurance from the Commonwealth’s new-found capacity to tax mineral resources across the country.

It would be particularly helpful, if the Commonwealth announced that carbon-containing minerals would be taxed at a higher rate. It wouldn’t matter that that rate be infinitesimally greater than for other minerals: it would be enough to flag that a Carbon Tax had been established.

Later political process could inch it upwards, eventually allowing the alternative energy suppliers to demonstrate their profitability relative to coal and gas.

They wouldn’t have to have gone back a second time if the LibLabs just supported the Greens amendment to the original legislation that did exactly that – put solar hot water schemes into a different target and remove the 5x effect on solar panels.