Frock up for the gloriously gothic opera of Tosca

Kings Cross has nothing on this sinister, sordid Roman vestry. On stage in Melbourne, Tosca offers more sex, more sadism, more brutal police corruption than anything served up in Underbelly.

Kings Cross has nothing on this sinister, sordid Roman vestry. On stage in Melbourne is more sex, more sadism, more brutal police corruption than anything served up in Underbelly.

Tosca is wrapped in political history and romantic torment. Its heroine endures the capture and torture of her lover, Cavaradossi, throwing herself on the mercy of the villainous police chief Baron Scarpia, who offers to spare the prisoner for a night of passion with Tosca. It does not, unsurprisingly, end well.

In truth, this Tosca is not really for beginners. It’s dark, dour stuff, this new production, even for such a gruesome tragedy. Unspectacular but for the violence, virtually monochrome save for the blood; dampened of the gregarious flourish that can make a night at the opera — particularly the Italian fare of Puccini and Verdi — such a visual feast.

But still it sings, soars even: the stirring voices (led so bravely here by Nicole Youl as the tortured title heroine), that palpable wall of perfectly-pitched harmony produced by a chorus of dozens and a full symphony orchestra that reverberates around the theatre and arouses the senses like few other art forms can.

It is life amplified, the glorious melodrama of opera. And among a rich season of work — including the premiere tomorrow night of Bliss, an acclaimed new Australian work based on Peter Carey’s comic fable of an ad man with a new lease on life — you’re sure to find something to move you. Certainly more than the positively meek crooked cops on telly in comparison.

The details: Tosca has seven more performances at the State Theatre until May 13, while the first of four performances of Bliss is on Tuesday. Vincenzo Bellini’s La sonnambula premiers on April 30, while the Johann Strauss operetta Fledermaus opens on May 11 — for more information or to purchase tickets go to the Opera Australia website. Meanwhile in Perth, the West Australian Opera company is currently staging the classic Carmen at His Majesty’s Theatre until Saturday, while Opera Queensland transports Gaetano Donizetti’s The Elixir of Love to the Australian outback with a new production opening at the Lyric Theatre on May 15. Tuxedos are optional. 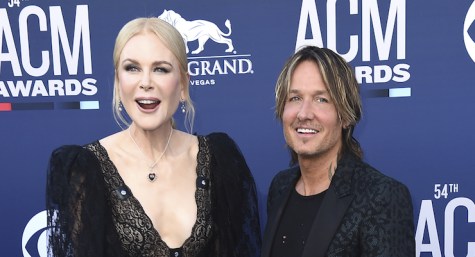 Population planning: how opera producers will cash in