The population debate will produce much heat but little light if it continues the way it started. The coalition may be unclear on population policy -- just like Labor is -- but they’re keen to connect it to refugees.

There’s not much chance we’re going to have a responsible population debate, on the evidence so far.

The coalition may be unclear on population policy — just like Labor is — but they’re keen to connect it up to the idea that the government isn’t controlling our borders effectively.  In a press conference worthy of Spinal Tap on Saturday, Tony Abbott answered every question, including several versions of whether he’d appoint a population minister, by referring to boat people and border protection.

Scott Morrison ran with the idea overnight.  “How can Australians trust Kevin Rudd on future population growth when he can’t even keep his promises to maintain the integrity of our borders?” he told Fairfax, before displaying a brilliant comic sense by adding “Australia is capable of having a calm and mature discussion on this.”  Morrison also compared migration under the Howard government with migration under the Rudd government, suggesting it was 126,000 a year under the former but “over 300,000” under the latter.

That looks an awful lot like a blatant lie.

The Howard government was a high-immigration government.  This seems to be forgotten in the “perpetual present” of political coverage.  Indeed, coalition MPs still boast that Howard was able to run a high immigration program because he’d earned Australians’ trust on border protection.  But now Morrison wants to insist it was a low-immigration government compared to the current one.

If you want to choke off the latter, good luck telling skilled migrants they can’t bring their families with them.

That’s separate from the temporary skilled migration category, which the Howard government enthusiastically encouraged as a way of restraining wage demands in industries facing skills shortages. That was just over 118,000 in 2005-06, went beyond 132,000 the following year, then the GFC hit and numbers fell to 110,570 in 2007-08 and only 101,280.  Oddly, I’ve yet to hear the Little Australianists congratulating the government for stopping the flow of temporary visa holders.

Throughout the whole period, overseas students — another area enthusiastically encouraged by the Howard government — surged from 190,627 to 356,251 in 2008-09, with overseas students trying to exploit the Howard government’s rules that made student visas a reliable pathway to permanent migration.  This government has now moved to end that — not that Morrison acknowledged that when the changes were announced in February.

That’s the migration program.  It’s separate from our actual population levels, which can be tracked using ABS data.  Net immigration surged to 98,000 in the March quarter of 2009, but has since dropped back; there has also been a lull in the number of people leaving Australia.

What’s more interesting than Scott Morrison’s numbers is why Tony Abbott failed to back him on the idea of cutting immigration.  The coalition is deeply conflicted about migration.  Some, like the hypocritical former immigration minister Kevin Andrews, want big cuts in immigration.  Andrews proposed 85% — which in times such as 2009 might mean we’d refused to let Australians wanting to come back into the country back in.  But business strongly supports high immigration — and certainly a continuation of temporary skilled visas.

The Opposition might have hoped it was on a winner on population and border security.  Its own internal division on the issue might yet make that problematic. 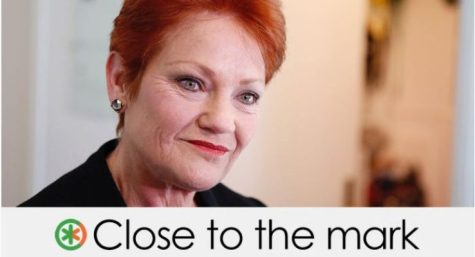 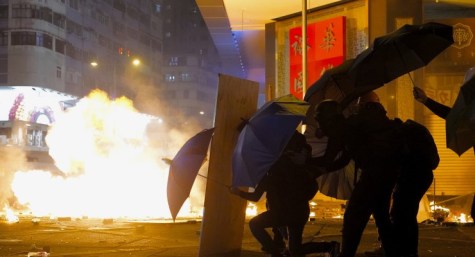 Yes, these facts won’t get in the way of the story. They wil be denied and the truthiness of Morrison’s assertions will be the light on the hill. But as you point out , the story may not be as easily told to business.

Maths is certainly a casualty in this debate, but it is Bernard Keane’s maths. The figure of 171,318 permanent migrants is based on the number of primary visa applicants who are awarded visas. It excludes spouses, partners and dependants who are included as secondary applicants in these visa applications. They generally do not come to Australia on family visas – these are for family of people who are already Australian permanent residents or citizens.
When the figures of spouses, partners and children of primary skilled visa stream applicants are taken into account (not published by DIAC), 300,000 is probably conservative.

The overseas student figures are probably closer to accurate as the average student does not arrive with spouse and children in tow, although if a student has family members, they can certainly be included in the primary applicant’s student visa application.

I congratulate the government on stopping the flow of temporary visa holders and look forward to its cutting intakes of other categories of immigrants offset somewhat by an increase in intakes of asylum seekers and refugees.

@IMMIAGENT has demonstrated precisely why accurate mathematics are needed for this debate.