Crikey is updating our list of journalists whose partners are other journalists or employed in the news business as PR agents or government spinners. Know any that warrant a public airing?

Couplings and affairs in the journalism and media relations world is hardly a new phenomenon — way back in 2005 Crikey updated its list of dalliances which revealed hundreds of relationships spread across the major dailies, TV networks and PR firms.

Most are the product of years spent working long hours in the company of frantic deadlines and high-pressure newsrooms. But occasionally you get a coupling that raises eyebrows higher than usual — this week that comes courtesy of veteran Australian business writer Matthew Stevens and his new wife, BHP Billiton media relations chief Sam Evans.

Stevens has been married to Evans for five-months after an extended courtship, but the senior business scribe’s admiration for the miner stretches back years before the duo became involved. However, this opinion piece published last Thursday on a NSW mining dispute perhaps takes Stevens’ apparent passion for the former Big Australian to a new level.

On March 5, Supreme Court Judge Monika Schmidt cancelled access orders that enabled BHP to walk onto two farms in the Liverpool Plains region to test-drill the dirt for a controversial longwall mine. The project, part of BHP’s $100 million investment in the region, has been at the centre of a storm for years, with the Alcorns and the Browns aligning with the Caroona Coal Action Group to defend their turf.

Following earlier wrangling before the NSW Mining Warden, Schmidt had ruled that BHP had failed to consult other parties with an interest in the property, as required under the NSW Mining Act. According to Schmidt, BHP’s lack of consultation dealt its plans a fatal blow — a clear breach of the law one would think.

Six days after the decision was first reported in The Australian, Stevens, a longtime resources reporter before moving to general commentary, slammed Schmidt for her decision in the David and Goliath battle. In full battle mode, he dismissed Schmidt’s “unprecedented” interpretation as “highly technical” and called on the NSW government to change the Act to give BHP a clear run. Schmidt had taken a “heavy gavel” to traditional dispute resolution mechanisms, with Stevens claiming Schmidt, the Alcorns and Browns were holding NSW to ransom:

“The facts is [sic], if the pipeline slows and stops, all the growth that the NSW government is banking on to support its finances into the future, evaporates. Any project where an extension is under consideration, stops. And major investments, stop too until certainty of land access is restored.”

BHP’s failure to disclose its plans should have been immaterial, Stevens wrote. But critics say Stevens’ also has a disclosure issue, given his relationship with Evans, whom he married last Spring. Evans was hard at work for BHP during the week Stevens penned his piece.

But Stevens’ affinity for BHP is nothing new.

Last December, he labelled the firm’s go-it-alone bid to buy the Queensland government’s public rail assets “intriguing.”  Then there was this opinion piece from last June revelling in BHP’s $US116 billion iron ore “triumph” with Rio Tinto. Or this bullish take on BHP’s disastrous takeover bid for Rio Tinto, based on the “redoubtable assessment” of BHP Chairman Don Argus. Or this  feature from late 2008, slamming a Commonwealth Bank staffer for failing to roll over loans to then-BHP takeover target Oz Minerals. Or this assessment of Argus’s “thoroughly stimulating” Melbourne Mining Club plan to save Australia through bond raisings.

It’s certainly possible that each of these instances could be defended in the name of sincerely-held opinion and that many media couples have juggled such conflicts in the past.

But according to journalism ethics expert Professor Ian Richards from the University of South Australia, “conflicts of interests are inevitable between journalists who have a range of personal and professional obligations and loyalties.”

In general, “a conflict of interest arises when an obligation or loyalty would impair the journalist’s judgement to the detriment of their wider obligation to the public.”

In the specific case of Stevens and Evans, Richards says it is “entirely reasonable” that  he should “disclose the connection or refrain from writing about the issue”. Otherwise, there was a “risk of undermining his credibility”.

Crikey asked Stevens whether he should disclose his BHP connection when penning future columns on the company but he declined to comment, saying he had a pending teleconference. Sam Evans is now on 12-months maternity leave.

In the spirit of disclosure, Crikey is updating our list of journalists whose partners are other journalists or employed in the news business as PR agents or government spinners. We will publish an updated list when we’re confident it’s accurate but here are a few new names we haven’t included previously to kick things off:

Email us at boss@crikey.com.au if you’re aware of any media couples that warrant a public airing. 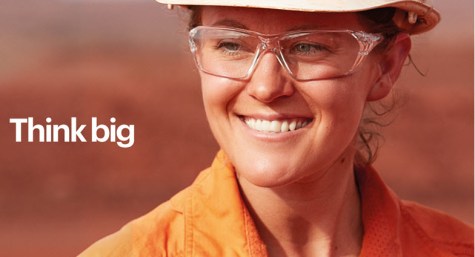 A wonderful start, I hope it grows!

Can you now update the list of MP’s who employ their own or colleagues, family members?

You left out @firstdogonthemoon, celebrity cartoonist and sports commentator, and Mrs dogonthemoon who, I believe, is now an expert columnist with Matilda.

And what about jounos shaking up with politicians? I’m sure at least one of the ABC’s senior Canberra bureau blokes is doing the thing to a recidivist ALP candidate. No?

“…Can you now update the list of MP’s who employ their own or colleagues, family members?…”

Some other couples who should be outed:

What about Albo and Carmel?

In the meantime Minister Peter Garrett is faced with bogus Regional Forest ‘Agreements’ with a federal review late 2009 showing major problems for stated goals of ecologically sustainable forest management. Logging the last koala habitat on the NSW south coast sort of verifies that.