The honeymoon is over at your ABC

Compare and contrast some recent ABC efforts with those of talkback radio. The results might surprise.

It was, the ABC suggested, possibly the 106th fire to be linked to the insulation program. A fire in the outer Sydney suburb of Woodpark had badly damaged a family residence on Thursday night. “Fire investigators will sift through the ruins of a family home in western Sydney this morning,” Tony Eastley told AM listeners on Friday morning, “after it was badly damaged by fire, suspected of being caused by faulty insulation.”

Crikey spoke to the NSW Fire Brigade’s operational media spokesman, Superintendent Ian Krimmer, on Friday morning. The house had had insulation installed recently, he said, but the cause of the fire was still being investigated and no comment would be made. The link between the fire and insulation had been made only by the ABC and not by investigators, he said.  Then we spoke to Krimmer again yesterday. What was the outcome of the investigation? “The fire had begun as an electrical fault in the ceiling of the house and was not in any way related to insulation,” he told us.

That’s not the only one.  Last week, a fire at a house in Lithgow had been attributed on Sydney talkback radio to insulation – except the home had not had insulation fitted under the Federal Government’s program.  Who’d have thought the ABC has the same standards as shock jocks?

Bear that in mind as the ABC continues to link fires to insulation before investigators have determined the cause of the blazes.

The Australian as usual heavily spins a static Newspoll result in the Coalition’s favour, revealing last night only that the Prime Minister’s satisfaction rating had fallen, rather than the flat 2PP outcome or a fall in Tony Abbott’s satisfaction rating, or a rise in the Greens’ vote, or the continuing and stable gap between Rudd and Abbott over preferred PM (which back in the day used to be the Shanahanigan’s real indicator of political dominance).  The ABC falls into line, with radio news bulletins this morning running with the fall in Rudd’s satisfaction levels and AM dragging out the “honeymoon is over” chestnut, bringing up the 1,000th time that phrase has been used since Rudd became leader.

Meanwhile, on the cheap-as-chips Caralis Network, talkback host Leon Delaney gets it right when he notes that the Government retains a commanding lead.

Can’t wait for the ABC to stretch its news resources even thinner with the 24 hour news channel. 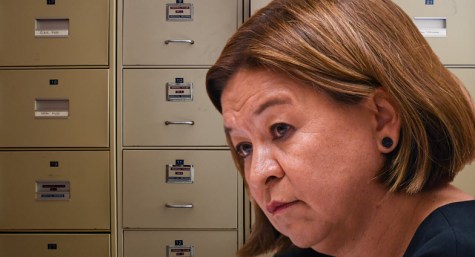 ABC admits it ignored ‘thousands of pages’ from the Cabinet Files

And Fran Kelly, that leader of the Rudd-is-doomed brigade, in a spectacular display of ignorance opined that the Better PM ratings which currently favour Rudd 55-30, would as usual ‘tighten as the election gets closer and the voters see the other bloke [Abbott] in that context’ [ie. as alternative PM]. In fact, the EXACT opposite ‘usually’ happens, Fran. Even John Howard in 2007 after trailing badly as Better PM all year cut Rudd’s lead to just 4 and 3 points in the last two Newspolls before the election. The sitting PM has has almost always improved his vote on Better PM as elections draw near. As for the current situation, three months into his leadership [ie about where Abbott is now], Latham got within a point of being rated Better PM. Throughout his leadership [until he lost the election] he was much better placed than Abbott is now. At 30-55, Abbott is further behind than Latham ever was. Within 3 months of taking the leadership, Rudd led Howard as Better PM. And he stayed there. Abbott has a LOT of work to do.
But don’t expect Fran to say so.

ABC radio news in Sydney at it again at 2pm. Details not online and I missed the location but definitely said fire was ’caused by insulation.

Rudd should’ve got rid of the heads of department when he won, and he should’ve kicked out the right wingers from the ABC Board – probably can’t until their time’s up though! The ABC is just getting worse! Very sad!

James Carlton on RN Breakfast commenting on the newspapers pointed out that despite the headline in the OZ nothing had changed. It’s odd how ABC radio newsrooms parrot the headlines of News publications. Yes very bloody lazy

Keep attacking the ABC – it’s proof positive the ALP are worried. Attack the media is the first sign.

Here’s one for the insulation apologists: How many times have I heard that really the Rudd Cabinet had foisted an unreasonable programme implementation task on DECC and Garrett, which is really the expertise of bigger tougher depts like Treasury, or Defence, or Education?

Yet the Dept of Env was able to administer (good, bad or indifferent) the $1B Natural Heritage Fund (plus follow on) while somehow Garrett’s DECC cannot be reasonably be expected to have the capacity to efficiently and cautiously adminster the $2.4B insulation programme.

Indeed if memory serves Garrett even did work on exposing the short comings of the NHT implementation, to add to his and department’s experience.

So I don’t get why the NHT under Howard regime is different in terms of capacity to implement to that of insulation under the Rudd regime as far as reasonable expectations of the Federal Env Dept.

Here’s a theory why DECC are poor at implementation back then on NHT and now on insulation – they employ dissemblers and sophists to posture and excuse a constant stream of shameful environmentally destructive policies of the elected major party govt for some decades now – not least the so called Regional Forest Agreements. So when it comes to a good policy project like insulation that they can actually put real juice into with big budget – they’ve forgotten how to actually do real environmental hands on practical programmes effectively with checks and balances.

There was a certain working class exasperated tone I detected in fixit Minister Combet who is doing the clean up when he explained the extra $50M needed to sort this mess. Why was an electrician originally not part of the approval process for each fitting, with or without copayment? Because DECC missed this crucial item in a false economy? Sure looks like it.