Spinning the Media: The editors fire back. Or don’t.

Newspaper editors respond to the results of Crikey's Spinning the Media study, which found over half of their news is generated by PR.

The Australian Centre for Independent Journalism wrote to the editor of each newspaper asking for an interview. We sent them the findings for their newspaper and an explanation of how we did the snapshot survey.

The idea was to give the editors a chance to view their paper’s results: the percentage of articles that were PR driven, the percentage that were not only PR driven but lacked any additional work by the journalist, and a rank out of 10 so that each editor could gauge how they fared in comparison to the rest. Crikey and the ACIJ felt that it was only fair the editors had a chance to respond before publication and also, to defend their papers.

The reactions to our invitations for comment ranged from dismissive to enraged. Some editors engaged in a flurry of correspondence with the ACIJ, but made it clear that the contents of those conversations were not for publication, so unfortunately we can’t share them with you.

The editors interviewed were Chris Mitchell, The Australian’s editor in chief, Courier Mail editor, David Fagan, editor of The West Australian Brett McCarthy and Hobart Mercury editor Gary Bailey. Editor of The Daily Telegraph Garry Linnell was too busy to do the interview or to nominate anyone to do it on his behalf. The editor of The Financial Review Glenn Burge, The Age editor Paul Ramage and Herald Sun editor Simon Pristel, all declined to be interviewed.

The editor of the Adelaide Advertiser Melvin Mansell was not available.

Sydney Morning Herald editor Peter Fray requested some evidence of the findings. We sent him two extensively researched examples. His comments on these two examples are included in other stories in which they are dealt with specifically. Fray then declined an interview unless we sent him every example. We declined to do this. Across all newspapers, this involved hundreds of examples. Our timeframe did not allow a separate examination of every article published in each edition that week. Fray then declined to be interviewed but made this comment:

“It is difficult to make informed comment when we have not been given the details of the examples you and your team cite. I do not fully understand your reluctance to give out the other examples. We are, of course, concerned by your allegations but without seeing the examples I cannot comment on the veracity of your claims.

“In general, the Herald, more than any other newspaper, stands for serious journalism and a has rigorous approach to marking special reports as such and interrogating the flood of PR material which infects our industry.

“Are we perfect?  Obviously not. No media outlet is, and we should be held to account just as we hold others to it.”

Of all the editors interviewed for this investigation, Mitchell was the only editor to take the results of his paper in stride. Unlike Fagan, McCarthy and Bailey, Mitchell was not surprised at the amount of PR-driven material in his paper. He goes as far as to say that in the news section of The Oz, he thought it would be 100%. The full interview with Mitchell is published in a separate item below.

All of the editors disputed the ‘no significant work done by journalist’ figure.

The editors agreed on several fronts.

All agreed that the PR machine has grown, particularly over the past five years, and that spin is now so pervasive it is impossible to avoid and at times, impossible to overcome. However, they didn’t think that this growth  in PR has affected the quality or practice of journalism in their papers. As McCarthy would say, news is news. But do readers care where it comes from?

More specifically, editors said that the business and police rounds were the most PR imbued. Fagan had this to say:

“… one of the changes in stock market reporting requirements over the last decade, the requirement of companies to continually disclose, which is good for shareholders but it also means that its virtually, difficult if not impossible to interview people in listed companies about affairs in that company because anything they tell you needs to be on the stock exchange record. The consequence of that is for people to tend to say well we just want to get PR people to manage our relationship with the media. So now company executives s are well schooled in talking to the media and will run what they want to say past the PR person first.”

Penetrating the police media unit is also difficult and journalists have had to find ways around it using alternative sources and Freedom of Information requests. In other words, what you and I might call good old-fashioned journalism. This on the subject from Mitchell:

“I think the police have been insidious in trying to control the relationship between individual journalists and police, so the tradition I grew up with of journalists going to the pub with cops is non-existent at the moment. And the police, more than any other organisation are driving everything through police media. I think it’s a bad practice and I rail against it in the office all the time. I’m trying very hard to get people to emulate people like Cameron Stewart who don’t go through police media but, of course, that’s why he’s getting prosecuted and been under investigation by the Australian Federal Police two or three times in the last two years.”

To follow is a snapshot of the interviews we conducted with the four editors who agreed to go over the results:

On not having a problem with his journalists relying on PR for story ideas:

“PR companies have grown to the point where they provide us with an enormous amount of information on a daily basis. This information is assessed and judged on its news value alone. If a story originated from a PR company and appeared in the newspaper it did so because of its news merits … we would be remiss in our duties if we ignored it just because it comes from a PR company.

On the alleged increase in pressure in the newsroom on journalists in recent times:

“I don’t see that things have changed that much, the online filing component take you back a bit to that kind of routine. It’s no excuse for not doing the proper research on the story. When we go to press we have to accept that we won’t know everything that we would always like to know about what we write. But there’s an old saying in journalism. If in doubt, leave out, it’s an important principle.”

On being surprised at his paper’s result:

“Very, very surprised … I did my own survey of The Mercury from the 9-11 September and putting on my blackest of black hats, I could only come up with 51 story leads which might have been driven by PR.”

“You’ve got to get the context, the imputation of the survey is that [PR-driven journalism] is a bad thing.”

“I’m the first to confess that these things [unchecked PR] do go through …  for instance, there was a story on Bank West which was just a straight re-write [of a media release].”

“Last year The Mercury has reduced staff by 10 full-time equivalent people mainly in sub-editing [14 production staff] and we’ve lost one general reporter and one sports reporter but I am delighted to say staff has responded to the challenge and we’re more efficient than ever: I think our papers are better [for the reduced staff size], as far as our reporting staff go, we zero in on the stories we think are important and more tailored to our audience.”

On the fact that it the issue is different for a smaller, locally focused publication:

“We’re not relying on PR more and more, the great majority of our content is local and event-driven PR would be important, but we encourage people to ring the paper and alert us to stories.  We have to rely on PR, it’s how businesses and organisations communicate what is important to them.”

On the relationship between PR and the media:

“Spin is so ubiquitous that if you are a big mainstream news organisation covering the news of the day as well as breaking your own news, you’re always going to end up dealing with a big chunk of what you do is coming through a PR machine of some sort.”

On his paper’s result of 27% of articles relying on PR with no significant work by the journalist:

“… Reliance (on PR) may not be the right word because sometimes it’s the intrusion of PR in the stories. I think reliance would be the wrong word. I think PR would have an influence on just about every story we cover now.  You cannot ring even a lowly member of parliament now without there being a PR person involved. You cannot ring a very small listed company any more without a PR person being involved in the transaction. Sometimes you can’t even cover a court case without a PR person sidling up to you saying look I just want you to understand this from the point of view of my client. So it’s everywhere.”

On the nature of PRs: 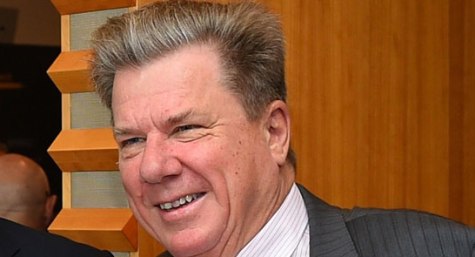 Mitchell steps down, with PR … sorry, journo detailing his accomplishments

So all this might be an argument for more honest broker journalists out there, but also for the growth of indy bloggers who have graduated in the school of hard knocks, and depth of sectoral experience and want to spill their beans, so to speak. Who often know alot more than either the journalists or the PR in their specialty sector.

For those style of bloggers, sometimes pratictioner experts, they carve up PR-s like’s it’s roast turkey, as endless grist for their content because there is truck loads of waffle to slash through. Similarly shallow journalism.

They build up an audience readership for being ‘trustworthy, non profit, independent’ and erode the platform of the PR/Journo interdependance. And who wins financially? Google by the look of things.

The downside is increasing fragementation of society who no longer have a traditional form of 4th estate they can rely on. But then that’s the logical result of corporatism in media, pursuing profit and career over vocation. As the doco The Corporation implies – it’s a pathological creature that grows like a cancer until it collapses on itself.

If you’re going to rely so heavily on PR, and not “investigate”, why should customers spend their money on buying an extruded PR sausage?
Example :- Courier Mail today, there’s some murmur in todays Crikey that there was more to that “Newspoll” in the Oz, today. Was there? All we got (p 7) was regurgitated “PM gets a poll hiding” conveyed to we readers – no mention of any other figures from “that” poll.
Can it be true, Abbott is still “preferred opposition leader”? Where can we read more about those “findings”?
Editorially, the paper has functioned as little more than a PR blurb for the coalition for years, trying to influence public voting trends to “Murdoch’s party”, any way it can!
As far as “Queensland” is concerned, going on evidence of “Murdoch attitudes”, we’re just the “Sunshine Mushroom Company” and they control the “light switch”!
Example 2 :- “Page 3 Pin-ups” – (“60:20%” of the page/”20%” ads) – latest coalition candidate for one seat in Qld, Longman again : and “the LNP crocodile”, “the Borg”, and his pumpkin”!