Our love affair with coal: hotter than ever

Forget renewable energy or gas: our states are embracing coal-fired power more enthusiastically than ever before.

The plants include the Mt Piper and Bayswater 2GW plants in NSW, for which “concept approval” was announced this week by the NSW Government. The proponents of those projects, Delta Energy and Macquarie Generation, claim both plants will either be coal or gas-fired.  However, both are located next to existing coal-fired plants and need extensive gas infrastructure to either increase local supplies of gas or, in the case of Bayswater in the Hunter, connect to a proposed pipeline from Queensland.

The South Australian plants propose to use “coal to liquids” technology backed by Federal Resources Minister Martin Ferguson, while Zero Gen has proposed a new power station in Queensland using a “world first integration” of gasification and Carbon Capture and Storage Technologies to reduce emissions. The Queensland Government is also overseeing the development of two power stations as part of a massive new coal mining development in Central Queensland. They too are proposed to use CCS technology.  The Blueswater 2 coal-fired station in Western Australia is already under construction.

In NSW, the ALP’s disastrous handling of electricity privatisation has undermined the potential for gas-fired power to provide a transitional or complementary power generation technology, according to industry figures. All sectors of the generation industry expect the NSW Government’s current privatisation process — the schedule for which blew out last month — to collapse, meaning they will need to wait until the election of Barry O’Farrell next March to gain a clearer idea of the state’s direction.

Garbis Simonian is managing director of the Queensland Hunter Gas Pipeline project, which has obtained approval to build a gas pipeline from Queensland into NSW. That’s the pipeline that Macquarie Generation says it would run off if it opted for gas-fired power at Bayswater, although it would need to build a 16km spur to reach it. Simonian told Crikey the lack of certainty around electricity privatisation, and the NSW Government’s unwillingness to support gas over coal despite its lower emissions and water-use profile, made locking in base load contracts for the pipeline much more difficult.

“Gas is ideal for shoulder and peak power generation, because you can shut it on and off, which you can’t do with coal,” Simonian said. “There’s no growth in baseload power. No one’s building more smelters and heavy manufacturing plants. All the growth is in shoulder and daytime consumption.  Gas can work with both coal and renewables because you can turn it on when renewables aren’t available, and you can replace your power generation infrastructure with more renewables over an extended period.” But that won’t happen while no one in the sector can tell financiers what the regulatory framework will be in five years, let alone prices and contracts.

As Alcoa’s announcement this week that it will source its electricity from Loy Yang Power’s brown coal power station until 2036 shows Australia’s energy future is as closely tied to carbon-intensive coal as ever. 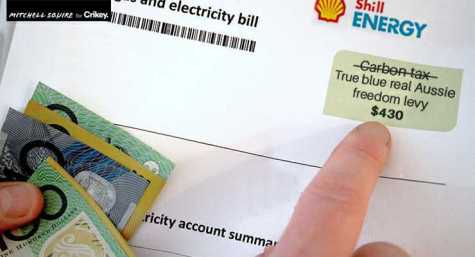 Why is the new Bayswater plant supposed to be 20% more emissions than the Mt Piper?

Those NSW plants are simply posturing to get some subsidy for the gas plants instead. No bank in the world would fund a coal station in Australia now, the risk of an ETS is too great. A coal plant has a 40+ year lifetime.

HRL and ZeroGen won’t get built either. ZeroGen has already been through a half dozen incarnations with various partners pulling out. HRL can’t get high quality brown coal, which is an oxymoron anyway, but apparently coal quality and reliability is a big problem in the la trobe valley mines.

Finally proposals are just that. They aren’t real. How many wind farms are proposed and approved in NSW (several thousand MWs)? How many have actually been built (a few hundred)?

If you really care about emissions in a global sense, look at australia’s coal exports. We export 2-3 times as much coal as is used locally.

Recently to the tune of US$44 BILLION (27% premium) for control of the US’s 2nd largest rail network, Burlington Northern Santa Fe.

I prefer to back winners, Bernard.

Shall we watch the CSG-LNG industry crush itself with oversupply and expensive projects or continue to progress ourselves on the world’s cheapest and most reliable energy source?

Precisely. Vast reserves of cheap coal. Long-term plans for expansion. Alcoa signed up for decades more filthy (in every sense) brown coal…what a surprise- they can’t use useless wind power…

The government knows all this. CO2 emissions (as in wind-turbine infested Denmark) will keep on rising, well past the various Armageddon deadlines set by Prof. Kevin (!) Anderson ( humanity virtually extinct in 40 years), the Rev. Clive Calvin-Hamilton and Prince Charles of Jonestown Manor, Surrey.

Nothing Australia does will affect global climate- not even zero CO2 emissions.

There’s no need for paranoid conspiracy theories like those advanced by Clive Savonarola last week. The worldwide retreat from ETS isn’t down to evil fossil fool machinations (of course they plot, but so what?) or rabid Denialists whipped into a froth by trollmeisters like Bolt. The denialist side of the climate cult is an artefact of warmist hysteria. Warmism has collapsed because neither social democrat governments or capitalists actually believe in it. They said they did because the Orthodoxy insisted, but were never truly convinced. We now know that the climate modellers, that tiny cohort of self-referential, self-reviewing provincial academics, corrupted the entire scientific process. There’s a surfeit of doubt about AGW.

Meanwhile, back at the ranch, a tide of terror and intimidation has been unleashed. You haven’t heard? Well bugger me, perhaps you only read The Age. A couple of days ago, to take just one example, a Mortlake farmer was attacked for opposing wind turbines: two shearing sheds and three hayshed were torched. $1 million damage. Then there was the disability pensions attacked and injured near Waubra in December for demonstrating with signs on the highway verge. They threatened to shoot him. Five company thugs joined in the abuse. There’s plenty more, but I know you’re busy crusading against the license fee increases for live music venues in inner Melbourne…

Left out is the 400-450MW baseload dirty brown coal Coolimba plant at Eneabba WA currently undergoing Public Environmental Review. Its being tarted up with some glitzy unproven CCS tinsel. The driver for this plant is the rats-leaving-a-sinking-ship scramble to destroy the Mount Gibson ranges, Putting lipstick on a pig and you end up with a dirty polluting ancient technology carbon pum with lipstick. http://www.coolimbapower.com.au/about-coolimba/project-overview.html

What we need is legislation to ban miners from making electricity.