Howard, the diplomat, may prevail as ICC president

The appointment of John Howard as International Cricket Council president from 2012 is more due to his diplomatic nous and less because of his awful bowling technique.

The appointment of John Howard as International Cricket Council president from 2012 has produced a chorus of indignation from a predictable array of suspects but many of the charges leveled against him — that he is a cricket nuff-nuff who lacks a feel for the game and has no record of cricket administration — are irrelevant furphies.

He does not need to be able to recite large tracts of the 1948 Wisden, or give you a concise interpretation of the LBW rules, in order to do this job. The past two ICC presidents have proved that a demonstrable lack of cricket “pedigree” is no barrier to success in the role. And it is possible the new man in charge, India’s Sharad Pawar, whom Howard will succeed in two years, may never have donned the flannels in his life.

According to his biography on Cricinfo: “Pawar’s only connection to cricket was a tenuous one — his father-in-law, Sadu Shinde, was a Test leg-spinner who toured England in 1946.” And like Howard, Pawar is a politician.

Pawar will replace David Morgan as president this year. Morgan is a Welshman who never played the game at any decent level and was, in fact, a former commercial director of a steel company before joining Glamorgan CCC in 1980 as a senior marketing man. Morgan, in turn, succeeded South African Ray Mali, who happened to be a teacher by profession, and on it goes. All seem to have done a fair-to-middling job.

The point is, you don’t need to have played 100 Tests or been a county cricket club secretary since Colin Cowdrey was in his prime to successfully run cricket’s governing body.

You just need an abiding love of the game, a proven record of administration and, in a sport increasingly dominated from the sub-continent, a talent for diplomacy. There will be many who quibble with Howard’s qualifications on the latter score — and they would probably include Fairfax columnist Peter Roebuck and former Test captain Ian Chappell.

In the lead-up to yesterday’s announcement, Roebuck went in to bat for the New Zealand candidate Sir John Anderson — who admittedly sounds as though he would have made an ideal appointment — but couldn’t resist a swipe at Howard’s knowledge of cricket, which, he said, was “more characterised by enthusiasm than depth or imagination”.

Chappell, an outspoken advocate of asylum seekers, who walked out of the Channel Nine commentary box in 2007 in protest when Howard walked in to do a guest commentary spot, has also criticised the appointment. But that sounds like an opinion that has its roots in ideology rather than cricket.

As to Howard’s connection with the game, and playing record, sure, his off-spinners are a bit wonky, and one or two even land at his feet. And sure his on-drive needs a bit of work. But, if we’re being picky, those same charges could be leveled at half a dozen cricket writers I could name who happily traipse in and out of the press boxes of the world, and have no qualms about offering up opinions on the techniques of the game’s best players. The truth is many of them couldn’t tell you how Murali bowls his doosra, or how difficult it is to hit a cover drive on the up on a seaming wicket.

That lack of nitty-gritty knowledge and first-hand experience doesn’t mean they can’t do their job capably, nor will it count against Howard.

*Back Page Lead, a new sports opinion site, will launch next Wednesday, March 10. 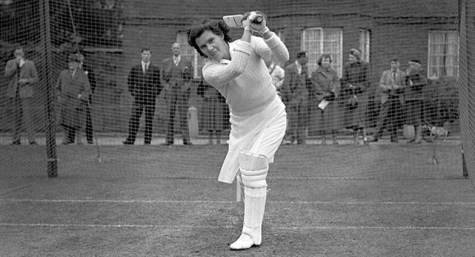 #BettyInBronze: inside the campaign to commemorate Betty Wilson 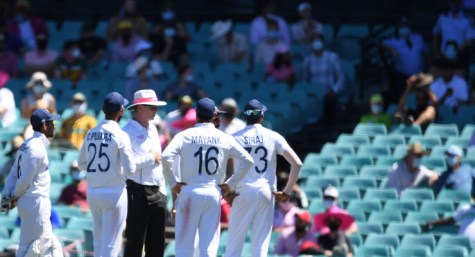 I have to be completely honest here, my objection is based nothing more on having a long-time seething hatred of the man, and don’t want him anywhere near the game I love.

Not good enough to suggest that critics of Howard’s appointments are the usual suspects. Howard had no qualms when as prime minister he declared Muralithiran to be ‘a chucker’. He just knew didn’t he? I suspect his judgement was skewed by the desire to do a bit of r*cist dogwhistling (you can’t trust these co*ns) – a clear example of why his ‘diplomatic” skills may be lacking. As a backyard bowler he has no peer but that’s where he should have had the gumption to stay, but no, vanity rules.

There is a simple reason that synthesises the no case. Iraq.

To unpack that one word comment a bit – because ASIO surely already have my name and profile, after all grand dad did help write the first person account of Petrov defection from the view of our spy Michael Bialoguski:

Cricket has major terrorism concerns for secruity especially on the sub continent. Then there are Muslim playing countries like Pakistan. (Not sure about Sri Lanka.)

So in short Howard, to put it most delicately, adds to security concerns not least because he will need 24 hour security just to travel to meetings in Dubai. Oh Dubai – isn’t that where ….

If that sir was meant to be a defence, or support of the Howard appointment, you fail miserably. Your off hand throw away of the NZ nomination, John Anderson (sir)failing to point out his background in cricket administration plus his extensive business involvement and directorship, was a either a case of ignorance on your part or a deliberate attempt to show Howard as a qualified suitable alternative. He is not. The decision was a disgrace and the so called independant adjudicator, the former chairman of BA is of course a well known aqaintance of the said Howard. So much for an impartial decision. Lets not forget this Howard when PM and presenting the winners medals to the victorious English side after they defeated Howards Wallabies. He practically threw the medals at the poms in a disgraceful showing of non sportsmanship. There is no justification for the appointment I have read or heard yet. Jobs for the boys, pure and simple.

Here’s a picturenot entirely unrelated to the topic area, but not very timely…