You have to wonder why a major law firm was needed to do the kind of work that should be a bread-and-butter task for the public service itself. Plus, the wailing over whaling and Roskamgate.

Fine work by Minter Ellison but why? When you look at the report prepared by Minter Ellison into the potential problems of the Government’s insulation initiative you would have to give them good marks for their work. They certainly identified things that could well go wrong with the project but you have to wonder why a major law firm was needed to do the kind of work that should be a bread-and-butter task for the public service itself.

The wailing over whales goes on. It looks like Kevin Rudd will get his chance to really upset the Japanese Government by going on with his promised legal action over whaling. According to the Pew Environment Group of the United States, the latest suggested compromise plan released today by a committee of the International Whaling Commission “validates Japanese whaling in the Southern Ocean.”

Roskamgate. I thought better of John Roskam, the executive director of the Institute of Public Affairs, but he too has fallen victim to grossly distorting the words of the scientist Phil Jones who is at the centre of what the climate change sceptics call Climategate. Last night on the ABC’s talk program Q&A, Mr Roskam alleged that Mr Jones had recently said “… There has been no global warming since 1995.”

The transcript of the BBC Interview where the head of the Climatic Research Unit at the University of East Anglia made a comment on what has happened to temperatures since 1995 is as follows:

BBC: Do you agree that from 1995 to the present there has been no statistically-significant global warming.

That is a long way different from an admission that there has been no global warming since 1995.

A world temperature update. Just a little something for those determined to believe that things aren’t getting warmer to contemplate:

The yellow line on this graph of temperatures at a height of 4.4km above sea level is the average for the last 20 years and the green one temperatures during 2009. This year to date is the one on top. You can check out the sea level temperature and that for other heights at the interactive website here.

No waffle about this polley. You’ve just got to love the way politicians in Tasmania compete against others from their own party as well as the opposition parties in the state’s multi-member electorates. Doing it without creating internal disputes that disrupt the overall campaign requires considerable subtlety which is just what Rebecca White, a Labor candidate for the seat of Lyons, has managed to do.

Before you look at the Rebecca White television commercial which went to air earlier this month, a little bit of background for non-Tasmanians. Michael Polley, the 60 year old speaker of the House of Assembly who first became a Labor MP at the age of 21, is often jokingly referred to by the name of that once great piece of Australian confectionery the Polly Waffle. So Ms White has given it a delightful cameo role in her ad. Note as well when she talks of the old guard that two other sitting Labor members for Lyons are aged 62 and 68. 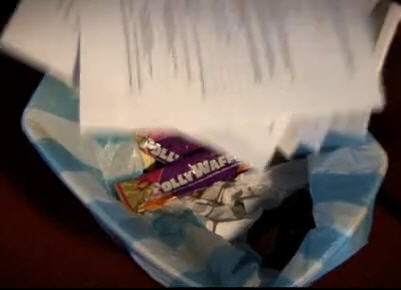 Roskam and the truth: he stands by Q & A claim on climate change

I’m surprised to see you say you ‘thought better’ of John Roskam. He has been writing poorly argued pro-marketeering piffle for the Financial Review for years and like so many of his kind prefers to play the (wo)man (or the perception of same) rather than the ball, which I suspect is beyond him. I gather he’s angling for a Liberal seat. He’ll fit in well with that lot.