Abbott heads back to the future on climate action

Tony Abbott has never been John Howard's heir more clearly than in his Howard-era climate action proposals. Abbott's climate change policy is excellent. Excellent, that is, for 2000. It's ten years too late.

The Coalition’s $10 billion 10-year climate action plan is an excellent initiative.  Excellent, that is, for 2000.  Imagine if John Howard had announced something of this magnitude a decade ago.  It wouldn’t have done anything about our emissions, but it would have started Australian agriculture and industry on the road to a lower-carbon economy and may well have seen us as world leaders in several key emerging industries.  Ten years ago, we had time for that.

Indeed, Howard did announce a lot of handouts for greenhouse initiatives — between 1997 and 1999 he announced about $900 million worth of programs.  His approach to dealing with climate change was entirely political — because obviously climate change only existed politically for him.  He established a range of greenhouse programs, set up an “Australian Greenhouse Office” to run them, and threw around terms suc h as  “Greenhouse Challenge”.  None of it did anything much about reducing emissions, but Howard could point to it as evidence that he wasn’t the greenhouse flate-arther we all knew him to be.

As the politics of climate change began getting away from him, Howard ramped up the spending, until he went multinational with it, launching the Asia-Pacific Partnership on Clean Development and Climate with the Bush Administration, trying to claim that if we just spent enough money — and this is the bloke whose passion for spending taxpayers’ money drove his Treasurer bonkers — we’d find some pain-free technological solution to climate change.  But it didn’t work with voters.  Eventually Howard caved and agreed an emissions trading scheme was needed.

Howard’s policies were climate change policies by people who didn’t believe in climate change, but who felt the need to recognise the issue politically.  Yesterday’s announcement is exactly the same, only with more dollars attached.  A lot of commentators are too ready to label Tony Abbott as Howard’s heir, but oddly enough on this issue they’ve missed just how closely Abbott is following the Howard script.

And as with Howard’s plethora of programs, this won’t do anything much about emissions.  How can you drive the switch to lower reliance on carbon in a trillion dollar economy with handouts worth $1 billion a year?

The specific task to which the Coalition has applied itself is to cut Australia’s CO2-equivalent emissions to about 525 million tonnes a year in 2020 — that’s the 5% below 2000 levels target the Government and the Opposition have signed up to.  In the year to June 2009, we produced 544 million tonnes.  We’re currently on track to reach 664 million tonnes by 2020.  That’s about 140 million tonnes to cut.

How do they propose to get to the magic 140 million tonnes of emissions abatement?

There’s a $100 million per annum plan to fund an extra million solar panels on houses, which, based on 1 kW solar systems and solar heaters, the plan says will generate 2.4-3m tonnes of CO2-equivalent abatement.  Solar power can only reduce emissions if it replaces coal-fired power, and based on the emissions of coal-fired power, if it does do that (rather than merely add to existing power supply), the plan’s numbers look, if anything, on the conservative side.

The Coalition also proposes a big investment in mid-size renewable energy projects — more than  50 MW — and micro-scale projects more than 10 MW, which if they replace, and not add to, coal-fired power, could on my calculations yield 25-30m tonnes of CO2-equivalent.

There’s also the proposal for 20 million trees, but that’s only likely to yield about 5 million tonnes a year.

In all, the Coalition reckons it can achieve 55 million tonnes from these and other proposals such as coal seam gas mining and landfill projects.  I reckon it’s on the optimistic side but it’s not beyond the bounds of possibility and Greg Hunt has been quite conservative in some of his assumptions.  The Coalition points to letters from industry groups backing their claims, though in nearly every case they’re industry groups who would be first in line for handouts from the Emissions Reduction Fund.

To get to 140 million tonnes, though, the Coalition relies heavily on soil carbon initiatives, which will be a big part of the ERF, which it says will produce 85 million tonnes of emissions abatement.  That’s an awful lot of soil carbon, especially given the CSIRO believes there is a lot of work yet to be done on whether biochar does all its proponents claim it does.

A cynic — perhaps one such as Lindsay Tanner — would suggest that this isn’t just  a copy of the Howard Government’s greenhouse programs, but a copy of the regional rorts programs that involved truckloads of money being delivered to National Party electorates.  The entire absence of verifiability and accountability mechanisms — it’s not even clear from yesterday’s release who would oversee the “Emissions Reduction Fund”, because Abbott at one stage spoke about a “committee of experts” overseeing it, but also said there’d be a body set up to implement it — is decidedly reminiscent of the Regional Rorts process that blew up in the Nationals’ faces during the 2007 election campaign.

Indeed, the ANAO gave a big serve to the Australian Greenhouse Office in 2004 when it concluded the office’s administration of the Howard Government’s programs “has been characterised by substantial administrative challenges”.

Then there’s the confused issue of penalties.  Despite reading the document closely and watching what the plan’s authors have had to say, I’ve no idea to whom the penalties will apply, in what circumstances, and whether they’ll be significant or not.  Well, actually, it is clear that they won’t be significant, because they’ll be set in consultation with industry, and won’t be enough to make them raise their price (as if any business ever saw a cost increase it didn’t want to pass on to consumers).

The confusion over penalties is emblematic of the whole proposal.  They won’t be imposed on businesses as long as they don’t increase their carbon intensity.  They can increase their actual emissions all they like, they just can’t increase the emissions intensity of their activities.  “Businesses as usual, look about business as usual is not going to cost them more,” Abbott said last night in his truly dire encounter with Kerry O’Brien on the 7.30 Report.

And under “business as usual”, of course, Australia’s emissions will just keep going up — up by 20%, according to current forecasts.  The Coalition plan will do nothing to change that — just like the Howard Government’s smaller efforts achieved nothing a decade ago. 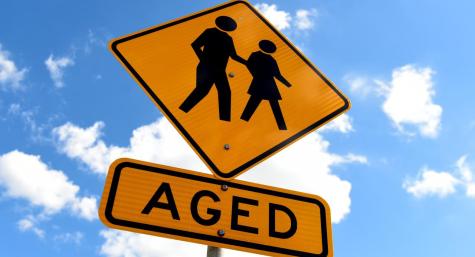 This so-called ‘policy’ would be a joke if it wasn’t so serious? Don’t trees take at least 5 years to be effective re Co2’s? Are we still going to be tearing down native forests like now? If emissions are allowed to stay the same as now, what’s the point? We need to reduce the emissions from today’s level, not keep them the same. Frustrating! Disgusting! Pathetic!

@ Why is it serious, any more than it is in the minds of the hard heads in the government?
Nothing Australia does will have the slightest measurable impact on climate change or on what happens to Australia’s climate or weather.

Even if the whole world cuts emissions by 30 per cent the IPCC’s own projections show that it would only cut 0.2 degrees Celsius from the global average temperature. And we know that neither China nor India are going to reduce CO2 emissions so…….. Let’s make Australia’s economy as prosperous as possible so we will be able to pay for health care for the elderly, literacy for Aborigines and all the other proven areas of needed expenditure.