SA Attorney-General Michael Atkinson has changed the rules of democracy in the state, explains Hendrik Gout: you can't make an anonymous political comment on a blog, but you can make an anonymous donation to the ALP. 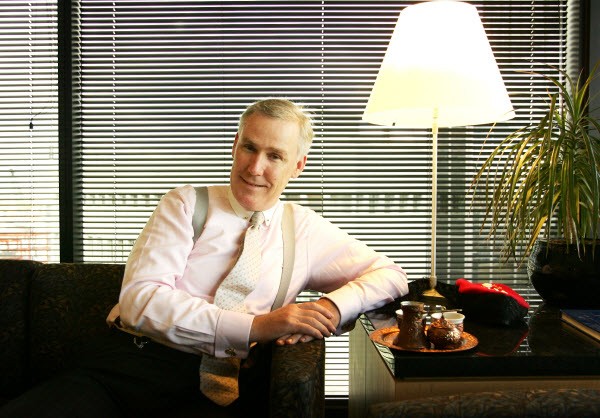 Under his proposal, political candidates wouldn’t be allowed to put up posters on power poles, the cheapest form of political advertising. This won’t bother the Labor Party, cashed-up with anonymous political donations. Famously asked why the Makris Corporation — developer and shopping centre magnate Con Makris is high on BRW’s rich list — donated tens of thousands of dollars to political parties, his company’s chief executive officer had something very interesting to say.

“We want to make our projects happen, that’s for sure, but that’s a part of the way the system — poli­tics — works here,” Makris CEO John Blunt said.

We’re not suggesting for a moment that there’s any connection between the two, but the record shows Makris Corporation projects are subject to political decisions. The government has approved highly controversial Makris projects like one in North Adelaide even though they don’t comply with normal planning rules.

The returns also list a donation from Southern Quarries, also for exactly the same amount — $11,000 to Labor. A cross-check of the SA lobbyists register shows a reference to Southern Quarries. Its lobbyist is John Quirke.

But most political donations in SA are totally secret and anonymous. “There is a murky river of gold flowing into political parties that the SA people simply do not know about,” Greens MLC Mark Parnell said, studying the returns.

“SA has the worst political donations laws in the nation.  Because of our slack laws millions of dollars are flowing into the Labor and Liberal parties that do not need to be declared.

“There is the huge gap between the total amount received by parties, and how much has been declared to the Electoral Commission.  In the case of Labor and Liberal, there is over $3 million that remains unaccounted for.

“We simply do not know who has given the money and what they expect in return,” Mr Parnell said.

“We have got business interests as well, so we want good governance. We want to see things happen in this state,” Mr Blunt explained.

The minor parties and independents will be hard hit by the rule against posters on electricity poles (called Stobie poles in SA, cast in concrete and steel from disused railway tracks) which are traditionally festooned with election posters as elections approach. The new law outlaws these posters and forces greater election spending. The Greens saw red and eventually Atkinson’s proposal was deferred to kick in after, but not before, the March 20 poll.

The Act also makes it compulsory, the instant electoral writs are issued, for people who send a letter or comment to a newspaper or news site like this one to provide their real name and postcode address.

Professor of politics at Flinders University Dr Dean Jaensch says public servants will be afraid to write to newspapers or websites criticising their Minister, for fear of retribution.

The Attorney-General, meanwhile, refuses to provide his residential address when he writes to newspapers. His past two Independent Weekly letters to the editor were signed Michael Atkinson, and published below that was the line “no address provided”.

Here’s a story we wrote on the subject two weeks ago:

Good for the goose

Like other newspapers, The Independent Weekly requires a residential address (not for publication) for people who write Letters to the Editor so we can check the letters are genuine.

In five years, we’ve made one exception to that rule. Veterans Affairs Minister Michael Atkinson refused to provide his residential address, possibly because he’s moved out of his own electorate.

So it was with some puzzlement that we came across an e-mail written by Mr Atkinson to a constituent. “If your email was not purely for the purpose of abusing me and you would like a considered response, please supply me with a home address (a street address, not a P.O. box). The reason I ask email correspondents for a street address is the large number of crank, hoax and abusive emails I get,” the Minister wrote.

The issue came to prominence when the Attorney would not deny that he’s moved out of his electorate.

According to Mick Atkinson, the changes to the Act are to provide transparency. Meanwhile, anonymous donations continue to flow into Labor coffers perfectly legally.

Don’t talk to us about transparency, Mick. We can see through that one.

SA election a vote on hubris, trust, crushed cars and friends with yachts

Tips and rumours: The pressing issue of Michael Atkinson’s pants

Cop it on the chin, then move on

Give him the John Howard treatment at the upcoming election. It’s what the narrow-minded, sanctimonious b*stard richly deserves.

Trouble is both the major parties benefit from these dodgy laws – the Libs will hardly want to change things!

As for the Vet Affairs Minister – agree – only thing he will understand is getting voted out!

The Labor party in South Australia has become fat and lazy thanks to their lack of opposition. Let’s hope the electorate smartens them up, or at least ditches Mr Atkinson.

I’m having trouble seeing the name and postcode requirement as a threat to democracy. If someone wants to remain anonymous, then couldn’t they simply get someone else to make the public comment, quoting an anonymous source?

That’s not to say I approve of the changes. The South Australian Electoral Act has a rather vague definition of “journal”, and it could arguably extend to every blog. That essentially makes the act stupid and unenforceable, because people can just set up anonymous bogs hosted outside Australia and post their dodgy election commentary that way.

And it’s not to say I approve of shady political donations, or Atkinson double standards on giving an address.

There is much suckage in SA. But putting your name to what you say a threat to democracy? A tad overblown methinks…

The ’tiser has a picture of a grinning Atkinson (yes I know why they put that one up!), but sod it to hell!! It has put me off my Weeties. I haven’t had brekka yet.

There is only so much a body can stand.

(This regime really IS stomach turning.

Those business connections are atypical of them).