The US is cutting off the public funding of moon missions and passing the baton on to the private sector. But ceding the moon to nations like China and India is going to be very hard for proud and patriotic Americans to swallow.

Comparison of the Space Shuttle and Apollo moon mission Saturn 5 rockets with two versions of the Ares space lifter planned for the Constellation lunar base project.

Get ready for moon rage from the lunar right in America.

The White House press management machine has spent the weekend leaking to reporters  the end of the “back to the moon” Constellation project, part of the Budget package Obama is about to deliver to Congress.

But the softening-up process for the sensitivities of baffled and hurt middle American pride about the space program is unlikely to deflect howls of populist pain.

Nor ensure an easy acquiescence for the end of immediate US ambitions for a moon base in a Senate no longer under numerical Democrat control.

The stage is set for a major affront to America’s view of its global dominance.

Constellation, a GWB project, was to have astronauts on the moon and preparing the site of a permanent manned lunar base by 2020, coincidentally the same year in which  the space programs of China and India have loosely enunciated ambitions for manned lunar landing missions.

In fact, the sub-text of the White House leaks is that the risks and rewards for the next phase in the American conquest of space, starting with the replacement for the Space Shuttle due to fly its last mission this year, will be passed over to the private sector.

This is also going to stretch the mind of the tea-bagger movement, torn between a fundamental belief in small government but wanting things only big government can deliver.

What Obama is really signalling is cutting off the major public funding of private enterprise-built rockets, which is today’s situation, and in favour of pushing them into private capital, which will own the profits made from commercial and state contracts for  future space lift needs using next generation reusable space craft.

The problem from the populist perspective is that the aerospace giants of the US will in fact be part of global enterprises, rocket builders and space freighter makers that are already going down the same trans-national route as Boeing and Airbus.

America can’t afford to go it alone in space any more. It already relies to a large degree on the Russians to carry its loads to the International Space Station. But India and China don’t have the same constraints, so far. They talk co-operation but pursue essentially monolithic state-controlled space programs.

For an America that, by and large, can’t get its head around Airbuses that can be as much as 50% US made, or Boeings that can be about 40% Asian in content, and still have European engines hanging off the wings, the proposed ceding of the moon to China and India is going to be very hard to swallow.

The original moonwalk: 40 years on 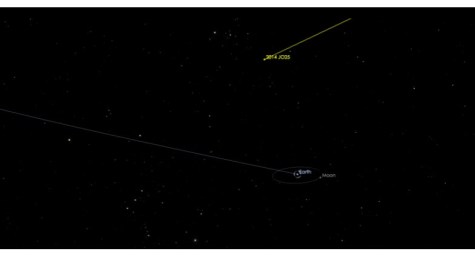 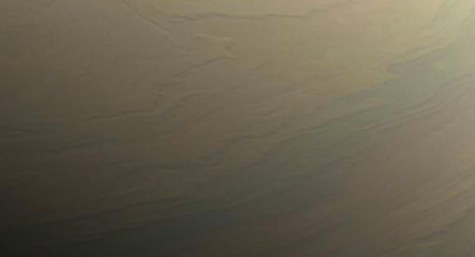 Well if this isn’t a canary in a coal mine them I’m Thomas Jefferson.

The Constellation/Ares project was always bullsh*t. The only sure thing to come out of it is the retirement of the Shuttle and its replacement with that abortion of a rocket, the Ares 1, whose upper stage is a development of the Apollo program’s SIVB and whose capsule is an enlarged version of Apollo. It’s about keeping a minimal orbital manned capability at lower cost than a the Shuttle.

There never was the money for AresV and the moon return. That was just cover so that Ares 1 looked like a step forward to something greater rather than backward. Bush knew that, but he wouldn’t be around to pay the bills when Constellation got serious. “Apres moi la deluge”…

Oh yes, why Ares 1? You might as well ask why Delta IV Heavy, as the US already has the Atlas V, which would do the same role as both the others. Problem with the Atlas V – the booster stage uses Russian engines as the Americans no longer know how to design kerosene/LOX engines. Hence the Delta IV Heavy, which uses American engines running on LH2/LOX. Problem is, going back to studies for the Saturn V, while there are clear benefits in LH2 for upper stages (where the booster is lifting dead weight) for the booster stage the advantages in propulsive efficiency (ISP if you want to get technical) are counterbalanced by the greater structure weight needed due to LH2’s low density. So the Delta IV Heavy is way bigger than it needs to be, plus the complications and costs of handling the much larger quantities of LH2 needed for a booster.

Now we get to Ares 1. Why not man-rate the Delta IV? Well that would upset Morton Thioxol (sp?) who build the Shuttle SRBs and are based in the crucial state of Uta. So to keep their snouts in the trough NASA came up with this ghastly design of an extended (from four to five segments) SRB as the booster stage with the second stage sitting bulging out over the top. Smart re-use of existing technology? Nope, firstly you need to add steering etc to the booster, and the extra segment creates its own problems with booster recovery as at burnout the booster is going both faster and higher. The A1X test flight was a joke – it used the four-segment booster with a dummy fifth when the real problems come with the five segments.

So the US has three rocket programs where one would do, and the reasons for the two extra are purely domestic politics.

And this was the nation that produced Apollo? (Well, actually that had Germans running the rocket program, the spacecraft program was largely staffed with Britons and Canadians from the scrapped Avro Arrow project, while the Americans were subcontractors and supplied the money…)

“American components, Russian Components, ALL MADE IN TAIWAN!”

The American space program can never be cost competitive with what are essentially 2nd world nation’s in China, Russia and India for one very strong reason.

A completely different value placed on human life and therefore a much higher safety margin is required. The BRICs might accept a 10% failure rate (being space that means death), whereas NASA’s might be 1%. Thats a massive difference in terms of costs.

No western developed country other than the US has a manned program (European space agency does lots of good satellite stuff), because the acceptable risk level is lower and they can’t afford it.

So the US has to be prepared to risk Astronauts lives to a much greater extent or to completely blow the federal budget (ala StarWarz).