Advice from Malcolm Tucker: here’s how to do it, Lachlan

The poisonous political strategist Malcolm Tucker from In The Loop puts his spin on some all too familiar Australian political scenarios. A pollie who screams at an air hostess? He's a terrorist-fighting hero.

If you haven’t seen BBC4’s The Thick of It, you’re well and truly out of the loop. Luckily, for those of you who want to shore up your political nerd cred, the creators of the British TV classic have just released In the Loop.

Crikey’s own Luke Buckmaster has reviewed the flick, penned by creator Armando Iannucci and a team of writers, laced with profanities and dubbed by one critic as The Office meets Dr Strangelove.

At the heart of the tale of spin, global intrigue and petty local politics is the character of Malcolm Tucker, carried over from The Thick of It, and loosely based on the former director of communications and strategy, Alastair Campbell, (a comparison Campbell himself has acknowledged). Uncannily, Campbell recently starred on the bench of the Chilcot Inquiry, defending Blair and the decision to go to war, and refuting the claim that he played a part in fiddling with the September 2002 dossier about Iraq’s WMDs. Check out his video testimony here.

Crikey came up with some scenarios (OK ripped them off from real-life events) for the poisonous Malcolm Tucker (aka Armando Iannucci and team) to spin. Apologies in advance to the spam filters:

CRIKEY: Your boss decides to run for office. During the campaign footage surfaces on YouTube of him sitting bored in Question Time, picking his earwax and then eating it. Spin it.

Malcolm Tucker: All politicians are on the take, right? Snout in the trough, hand in the till, cock in the secretary. Not my guy. No sir-fucking-ree. My guy is so concerned with saving your money, he is prepared to harvest and consume his own body rather than use up your tax dollars for a fucking tuna wrap.

CRIKEY: Your boss is on a diet. On his private plane he screams at the air hostess when she doesn’t serve him his low-fat vegetarian meal. She cries. The story makes the tabloids. Spin it.

Malcolm Tucker: This is a storm in a D-cup. The air hostess was shouting above the noise of the jet-engines that they were out of alfalfa. The boss miss-heard it as ‘Allahu Akbar’ and  thought she was a terrorist.  Obviously, his thoughts immediately turned to the safety of all the reporters on board, so he tried to disarm her with 30 seconds of Shock and Awe. If anything, he deserves a fucking medal.

CRIKEY: Your boss is accosted at a public rally by an enraged man wielding a rolled-up magazine. It draws blood. Initially dismissed as a raving lunatic, the press later discover that he is the estranged husband of  a cocktail waitress who is alleging she had an affair with your boss.  She later appears on prime-time TV to detail the affair, during which she alleges they had sex on his desk. Spin it.

Malcolm Tucker: If my wife cheated on me with another man I wouldn’t attack that man with a fucking rolled up fucking magazine. Not unless that man was Jeff Goldblum from The Fly. What the fuck was he trying to achieve — a paper cut? No, it’s clearly bollocks. Besides, there’s no way my boss could have sex on his desk. It’s covered in fucking draft legislation for a fucking start. By the time he’d moved his heaving in-box her heaving in-box would have healed over.

CRIKEY: Your boss goes bushwalking alone in the mountains on a weekend and gets horribly lost. He’s missing for three days until search and rescue find him huddled on the side of a mountain. Public feeling turns from initial concern to resentment over the taxpayer funds spent on his rescue. Spin it.

Malcolm Tucker: Look everyone needs to recharge from time to time. And, between us, we all know the opposition like to recharge by banging their cocks into car batteries. My guy just likes a bit of the old traditional. Communing with the fucking Dreamtime etc. I mean, our Lord Jesus did 40 nights brainstorming in the wilderness and he came back with fuck all. My guy did three days and he’s come up with a policy for revised urban planning regulations. We’re all very excited.

CRIKEY: Got a political pickle for Tucker to spin? Send in a scenario loosely based on an actual Australian political cockup to boss@crikey.com.au and Armando Iannucci and the team behind Malcolm Tucker will worm their way out of it. 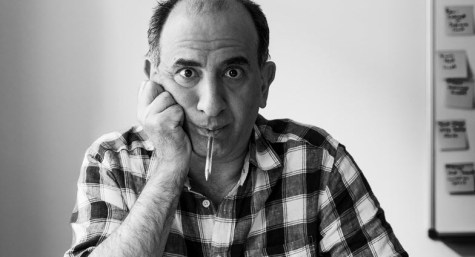