An interim report into the escape of six people aboard a flooded Pel-Air jet in the sea off Norfolk Island in November last year hangs air safety regulator CASA out to dry.

The struggle by six people; two pilots, a medivac patient, her partner, and two Careflight nurses to escape from a flooded Pel-Air jet in the sea off Norfolk Island in the dark is graphically described in the ATSB’s interim report into the November 18 ditching.

The small jet ran out of fuel after making four missed approaches to the island for refuelling on its way from Apia to Melbourne.

However, the report also hangs CASA, the air safety regulator, out to dry by reporting that there was no legal requirement for the jet to carry enough fuel to divert to an alternative airport, such as Noumea or Auckland.

On  November 20 CASA published this statement:

The Australian Transport Safety Bureau is investigating the ditching of the Pel-Air Westwind aircraft at Norfolk Island and any comment on the investigation must come from them.

CASA has legal requirements for air operators to carry sufficient fuel to undertake a flight safely. This includes additional fuel to deal with delays caused by weather or other factors and enough fuel to divert to alternate aerodromes.

CASA is examining issues relating to the planning of the flight that ditched at Norfolk Island.

CASA has been asked to explain why it was ignorant of its own rules, and why it ever approved a situation in which a flight involving a remote island landing evaded the provisions of its own legislation in regards to fuel reserves through its approval of a less rigorous standard in the Pel-Air operating procedures contained in its air operator certificate.

This issue is more important than the hyping of the Pel-Air pilot, Captain Dominic James, as a shirtless Cleo bachelor of-the-year contender hero in the general media, or the praise given him by  the owners of the charter airline, REX, which operates scheduled country turbo-prop flight in eastern and southern Australia.

The interim report shows that James did not bring himself up to date with the deteriorated state of the weather at Norfolk Island until three hours 19 minutes after leaving Apia with his jet only partly filled with fuel and some 44 minutes from his estimated arrival time at the intermediate stop.

Revised weather advice for Norfolk Island had, according to the ATSB report, been available much sooner than James asked for it, and it appears, in time for him to have gone to one of the alternatives.

After four missed approaches, three instrument and one visual, the jet exhausted its fuel and was deliberately flown flaps extended into contact with the sea at 180 kmh. The pilots did not see the sea before a contact described as two to three large impacts.

While the passengers had been briefed on the ditching, only three wore life jackets and it was considered too dangerous as water burst into the cabin after the forward door was blown inwards to launch the two life rafts on board. 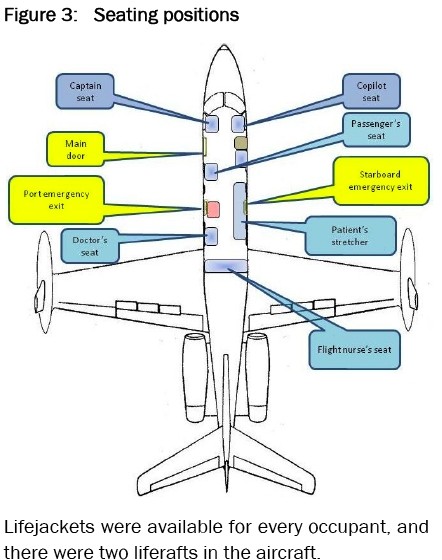 The report also details some initial uncertainty as to crash location and the actions of Norfolk Islanders who launched into the sea under difficult circumstances after a positive sighting of a faint light in the dark some six kilometres west of its precipitous shoreline.

The six people on board, who had already been feared dead by Pel-Air and REX, were rescued after 90 minutes in the water.

Sydney Airport: a noise annoys … at least till after the elections