Tennis great John McEnroe serves up a classic when introducing SA Premier Mike Rann. Plus, is no game sacred, arsenic on your cereal and other political snippets.

Interest rate rises and stimulus cutback working as planned. Housing finance figures for November released this morning by the Australian Bureau of Statistics show that the combination of higher interest rates and cuts to first home owner buyer grants are working as expected. 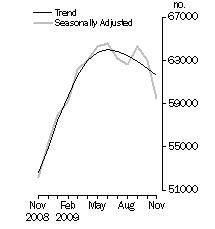 Demand for owner-occupier home loans eased 5.6 per cent in the month with the number of first home buyer commitments as a percentage of total owner occupied housing finance commitments fell, decreasing from 26.0% in October 2009 to 22.1% in November 2009.

Many true words are spoken by mistake. Tennis golden oldie John McEnroe acknowledging yesterday an introduction to the podium by SA Premier Mike Rann – “Thank you randy.” Mr McEnroe later explained he was trying to call the Premier “Ranny” because it was American cyclist Lance Armstrong’s preferred nickname for the state leader.

Who’s to get credit and who’s to get blame? Fascinating to watch the television news reports following up the CommSec judgments on the state of the State economies. The NSW Treasurer, whose state came bottom, found good reason why his Government was not to blame for any problems.  The Treasurer of the ACT, which came out on top, calmly accepted the credit for steering the Territory out of the problems of the global financial crisis. It’s a wonderful game this politics.

Killing the freshwater crocodiles. The news from the cane toad front keeps getting worse. The BBC News now reports that the poisonous bufo marinus species is responsible for putting the future of fresh water crocodiles in jeopardy. Apparently the crocs die when they eat the invader. 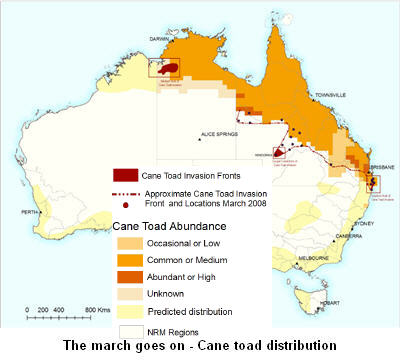 And still the WA environmental authorities are against killing the beasts with their own CO2.

Legislating better health. There are plenty of calls in Australia for governments to legislate to impose restrictions of one kind or another that are designed to force people into healthier life styles. Hardly a week goes by without the AMA advocating dearer alcohol and restrictions on fast food advertising are being called for more and more frequently. No doubt these advocates of action will take heart from what is going on in Europe at the moment. Der Spiegel reports that the Spanish government wants to ban excessive trans fats, Denmark will soon be taxing sweets and in Romania, Health Minister Attila Cseke has said he would like to see a tax on unhealthy food with the money raised used to “supplement funds needed to run health programs and invest in system infrastructure.” In Germany the Green Party leader Renate Künast wants to ban advertising for sweets aimed at children.

Meanwhile here at home the head of the Federal Health Department Jane Halton is not worrying about legislation to take the anti-smoking campaign a significant stage further. From February 1, employees will be banned from smoking during work hours or ”when representing the department in any capacity”, according to a memo sent to staff at Christmas. Staff will be permitted to smoke only during their meal breaks, but not within 15 metres of their workplace. 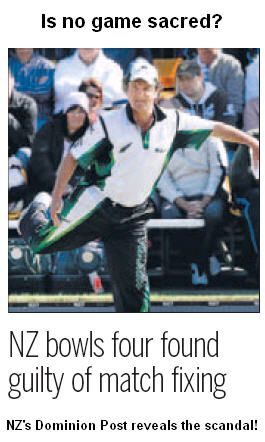 The players were found guilty of losing the 17th end of a pool game against Thailand when they dropped four shots to go from a 15-12 lead to trail 15-16. The judgment said the players then tried to retrieve the situation on the final end but lost 17-15. New Zealand’s loss allowed Thailand into the playoffs and eliminated Canada from the medal chase and the Canadians protested.

Arsenic on your cereal. The US House of Representatives Subcommittee on Energy and the Environment while conducting an inquiry into “Drinking Water and Public Health Impacts of Coal Combustion Waste Disposal” heard some fascinating evidence from Donald McGraw, an M.D. from Pittsburgh, PA appearing in support of the coal industry. The good doctor had a very laid back attitude to eating a little coal ash on his cereal. See yourself here.