From Vegemite's iSnack 2.0 to Andrew Bolt to the overuse of the phrase "A great big tax", Crikey readers vote on the biggest Arsehats of 2009. 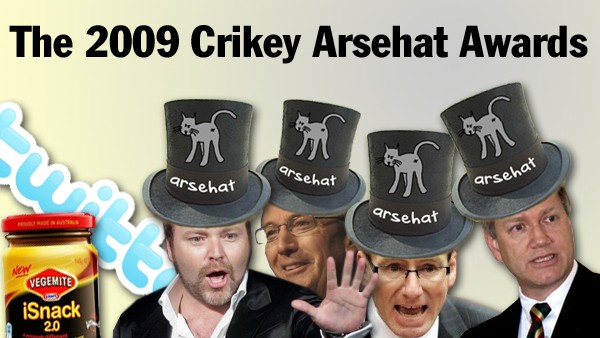 These speak for themselves, really. Steve took out The Steve, again. Presumably for services to the climate-change cause, dyslexic people everywhere and the Forgotten Australians: 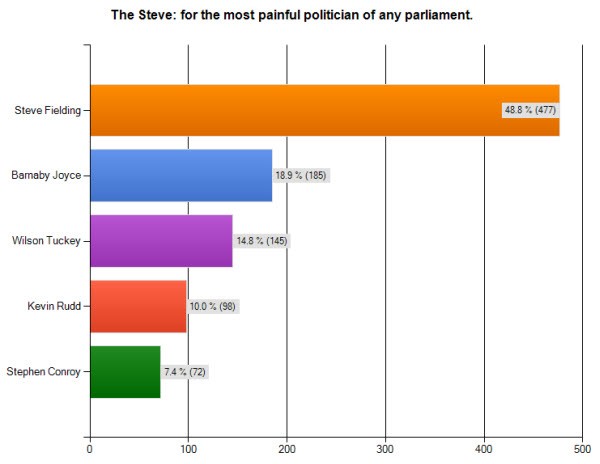 The Working Family came down to a photo finish, an EXACT TIE in fact: 34.6% for both “A great big tax” and “And I make no apology for …” Both the Prime Minister and Tony Abbott can claim bragging rights on the award For Most Overused Expression in Public Rhetoric: 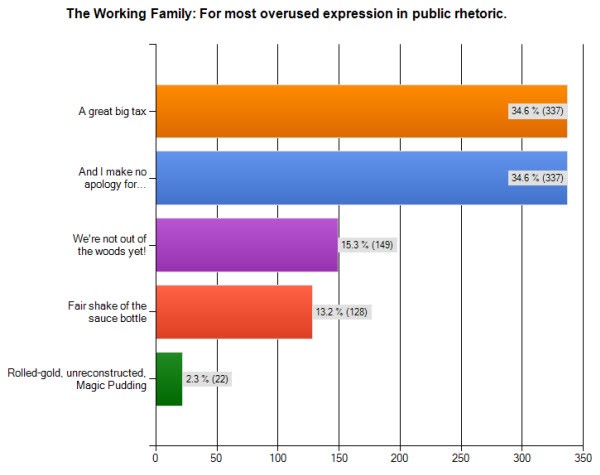 Kyle, two years in a row. Sandilands achieved the impossible by being more vile than last year. He may have won The Werbeloff, but he also took out the most popular Crikey story of 2009 for his car crash radio interview with a 14-year-old who claimed she was raped. You love to hate him, you really do: 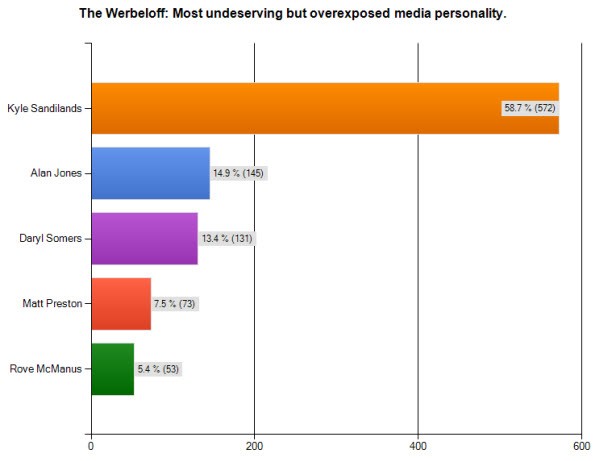 Readers overcame their confusion as to what an internet meme actually is and voted for Twitter. We’re not sure that even falls under the definition of “meme” but there you go. Go and watch David the Dentist, PS, you clearly haven’t: 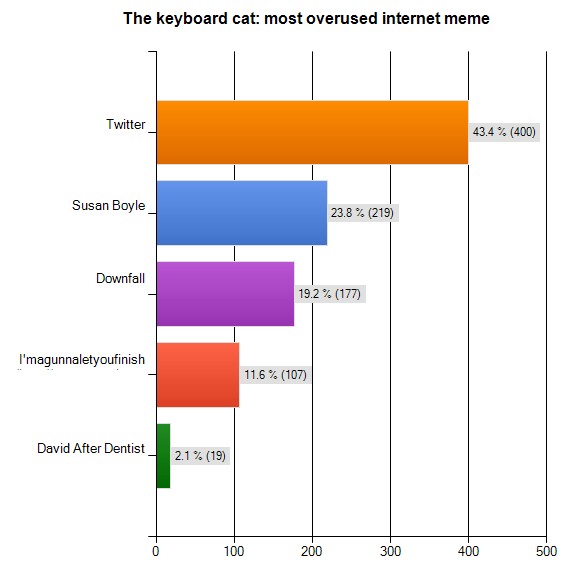 Minchin’s cup overfloweth this year, he’s earned himself another bookend for the study: the coveted and hotly contested University of East Anglia award for the Most Significant Contribution to the Environment: 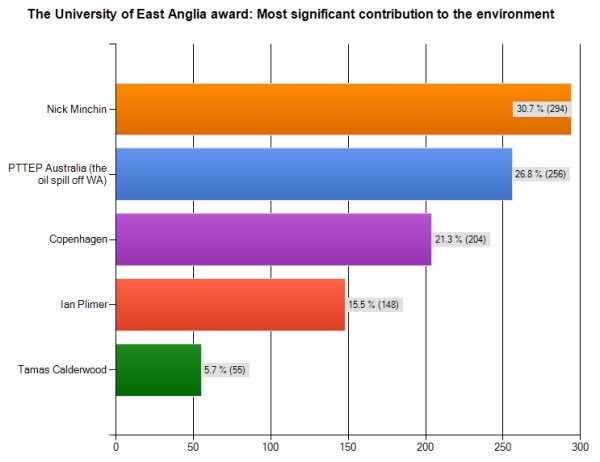 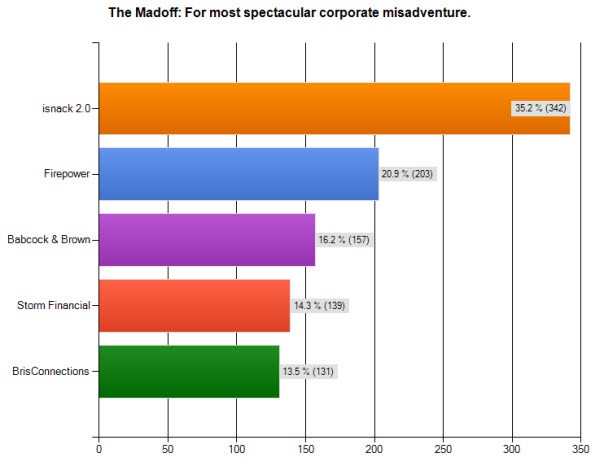 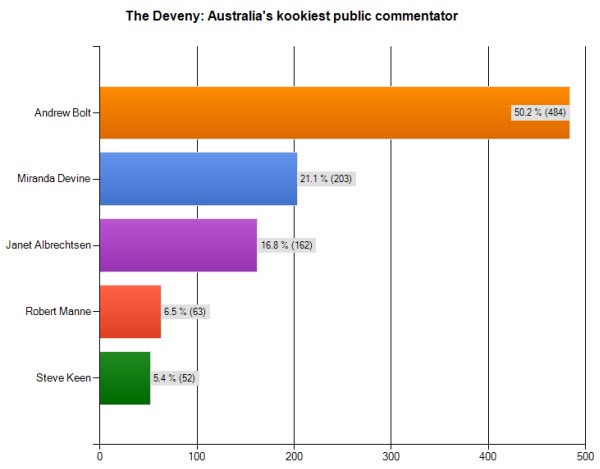 Suggest a new award next year – a Tamarsehat for services to the climate denial industry. Unless, of course, Crikey decides we’ve all had enough and purges his posturings. Either would be worth waiting for

Surely Clive Hamilton was robbed for the Deveny…Not even a podium finish.

How does “aresehat” manage to get through Crikey’s internet filter, when Conroy himself only gets to spit out a garbled “s-x”?

Crikey has always been a bit hypocritical regarding censorship. You trot out the anti-censorship line regularly, but then claim that your newsletter needs to be castrated because of workplace filters. No other serious publication would do such a thing. The least you could do would be to make such filtration opt-in.

Secondly, Crikey gives its contributors too much moderating power. I’ve seen posts simply disappear after publication because they made the author of the original article look like a fool. If you will muzzle your critics, at least you could make it clear that a post had indeed existed and that it had been removed, as the Economist or the BBC might do. Or is Crikey an exception?

And then today, you happily allow “Arsehat” through your filters. So what happens to all of the whiners that forced Crikey to use the e-mail censor in the first place? Has “arse” been magically cleaned for all of your subscribers working in prisons and Sunday schools?