Despite the best efforts of some in the mainstream media to show otherwise, the Rudd Governments turns out to have spent less on consultants than expected.

New figures collated from public service annual reports show that the Government has been successful in curbing expenditure on consultancies, despite a reputation for spending up big on external advice.

They also contradict an ongoing media campaign to portray the Rudd Government as more spendthrift than its predecessor.

Because, as it turns out, you can’t always believe the media when it complains of wasteful spending by governments.

Back before the election, Lindsay Tanner committed Labor to cutting Government expenditure in a number of areas, such as advertising, consultancies and media monitoring.  But in a move that would later be portrayed as “burying” the commitment, in the lead-up to the election Tanner revised the commitment to a one-off 2% additional efficiency dividend on the Public Service.

This was because the areas targeted by Tanner were not the subject of centralized control by a single agency, and therefore couldn’t be costed accurately in the pre-election costings process.  The efficiency dividend that replaced the original commitment also gave agencies more flexibility about how they achieved savings.

In mid-2008, journalist Tom Dusevic, then at the Fin Review, began a campaign on the issue, with a long article about boom times for consultants under the new government.  “Labor is spending up big,” Dusevic reported.  And it made sense – a new Government, which “hit the ground reviewing” before the GFC diverted its attentions, with a new, consultant-friendly head of PM&C in Terry Moran.  And let’s not forget that Kevin Rudd himself used to be a consultant.  Even I did a piece on how groups like Boston Consulting were in the thick of the action in Canberra.

Actual evidence, though, was thin on the ground.  But in 2008, as part of the Government’s transparency moves, government departments and agencies were required to report consultancy contracts on AusTender from 1 July 2008.

Dusevic began using the AusTender data to track consultancies, and in February this year declared that the Government had spent $553m since it was elected on consultancies, and was “likely” to spend $525 and $575m in 2008-09.  This “put it on track to be the highest-ever spender on outside advisers.”

Dusevic’s article sent bureaucrats into a frenzy of desperately trying to update their consultancy reporting.  A number of Departments with poor reporting suddenly ‘fessed up to additional consultancies, or corrected their records to reduce the amounts reported.  Malcolm Turnbull weighed in to accuse the Government of hypocrisy.

“The AFR’s analysis,” Dusevic wrote the following day, “shows that Labor is on track this financial year to be the highest spender yet on outside policy advisers, surpassing the $484m spent on consultancies by the Howard Government in 2006-07.

There was only a slight problem – the data was wrong.  As any public servant who has done a procurement exercise could have told Dusevic, AusTender is designed to advertise and act as a contact point for tenders, not as a reporting tool for actual expenditure, which can vary significantly from what is originally contracted for, and which often occurs over two or more years.  AusTender shows the cost of multi-year contracts in a single year and can double-report consultancies jointly run by separate agencies.  Moreover, there’s no possibility of meaningful comparison with years before 2008-09.

In July, News Ltd got onto the issue, copying Dusevic’s approach of using AusTender.  The Government had “splurged nearly $800m” on consultants since elected, News Ltd papers reported.

By November, Dusevic himself had moved to The Australian and renewed the campaign.  Except, his numbers had changed a little.  “The Rudd Government spent $454 million on consultants in 2008-09,” he wrote on 10 November.  What had happened to the $525-575m forecast from back in February?  Well, that was forgotten about.

And in order to show that the Government was spending more than its predecessor, Dusevic removed an inconvenient “anomaly” from 2006-07.  “On face value, the Rudd Government last year spent $26m less than the record $480m bill racked up by the Coalition in 2006-07,” Dusevic admitted, but then removed Immigration, which had spent $90m in 2006-07, from the figures to “reveal the underlying tendency: in 2008-09 Labor spent $414m, outstripping the Coalition’s previous record of $388m.”  What was once $575m had become an “underlying tendency” of $414m.

The Oz followed up the article with one of those characteristically ponderous editorials warning the Czar bagging the Government.  The editorial also verballed the “unconvincing” Lindsay Tanner, quoting his 2007 decision to shift savings from specific areas to a general efficiency dividend as if it were a response to The Australian’s discoveries the previous day.

But again, Dusevic’s figures weren’t correct. Leaving out Immigration because it was an “anomaly” was bizarre – all consultancies, being one-offs, are “anomalies” in that case, and they’re always lumpy, not a smooth allocation of programming funding over a financial year.

But data collated on a like-for-like basis from all annual reports for agencies under the Financial Management Act – i.e. departments and key portfolio agencies – shows a different story from the one presented in the media.  It includes data corrected yet again by Departments caught out by Dusevic’s November articles.

Why did it spend more last year than the year before?  2007-08 was an election year, which means contracting consultants for anything other than strictly departmental tasks comes to a halt for the election caretaker period.  That period extends from one month into two or three when there’s a change of government, as new minister come up to speed, deal with urgent tasks first, and then turn their attention to run-of-the-mill tasks like approving major consultancies.

Dusevic’s campaign has had the wholly beneficial effect of shining a light on those agencies – in particular, Peter Garrett’s Environment Department – that have a slack approach to reporting their expenditure of taxpayers’ money.  The extent to which agencies rushed to get their houses in order as soon as Dusevic began shining a light on expenditure is a worrying indicator of the reactive approach agencies are taking to greater accountability.

The reality, however, is that the numbers show this Government spends less on consultants than its predecessor.  It’s unglamorous and doesn’t make for great headlines and pompous editorials, but that’s not supposed to matter. 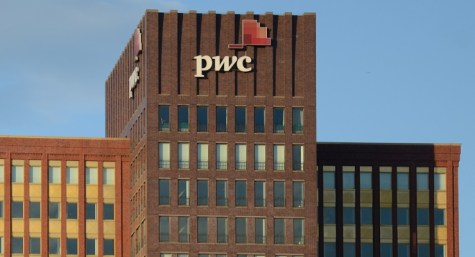 Consultants are making a motza. Just don’t ask what they’re being paid to do

Maybe they’re getting better at explaining to consultancies what they need. In the old days, it sometimes took several consultancy studies to come up with the right answer.

Limited news and the austabbottalian will pick right up on this.

The Australian campaign against the schools and social housing spending seems to have stopped as well as more and more schools profess their joy with the buildings and many disabled and others get their housing.

I even had a debate with Justine Ferraro as she claimed that three large campuses on Kangaroo Island were exactly the same as one large campus with three tiny satellites of less than 50 kids in the Mount Barker region and one was whining that they didn’t get school hall funding.

Of course if the school about to close with less than 20 kids got a $1 million hall she would have whinged louder.

I have friends who are teachers and they love the new libraries and halls that many schools have needed for years.

Now this is investigative journalism.

Do you have any evidence to support your claims, Bernard?

Some links to ACTUAL financial data; what was counted – and more importantly – what was not, would be extremely useful in determing the accuracy and efficacy of your audit.

Or should we just take your word for it?

These are public documents you’ve allegedly gleaned this information from…so it shouldn’t be too much trouble to show us where and how you arrived at your numerical conclusions.

The national accounts Lindsay released earlier this week don’t reconcile with your calculations above and reveal much, much higher payments to suppliers by the Rudd Government in fiscal 2009.

Here’s hoping you can clear this apparent anomaly up.