After the near disaster at Melbourne Airport on March 20 involving an Emirates Airbus A345 running off the end of the runway and two pilots who were later fired, a major ATSB study has been launched. What went wrong?

The near disaster at Melbourne Airport on March 20 when an Emirates Airbus A345 went 292 metres past the end of the runway before it began climbing has sparked a major ATSB study of similar incidents world wide. 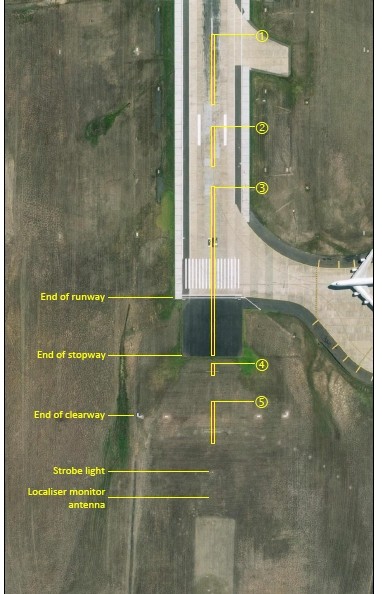 The study, announced in its second interim report into the accident, has been released after an overnight French report into the unrelated Air France Airbus A330-200 disaster that killed all 228 people aboard AF447 on June 1 in the mid Atlantic.

The Australian Transport Safety Bureau has also shifted ground on the issue of possible pilot fatigue in the Emirates incident, which was the closest thing to a major disaster in Australia in terms of a damaged jet airliner.

In its first interim report the ATSB said fatigue was not a factor. In this second interim report it says it will further examine fatigue issues, but notes that the two pilots who were subsequently fired by Emirates were within their permitted duty hours when the accident happened.

The first officer on the flight incorrectly entered a takeoff weight of 262.9 tonnes into the computer used for calculating takeoff performance, when the true figure was 100 tonnes higher. The captain failed to notice the error and the jet making a standard flexi-thrust takeoff began an underpowered and leisurely roll toward the end of the runway.

The jet’s engines were not manually pushed to full power until it had actually come to the end of the runway, and after its tail had already struck the runway three times. After that it vanished from sight sinking downslope over grassy ground during which the tail hit the ground a fourth and fifth time, it wiped out a stroke light and tore a hole in the localiser antenna with its left main wheel.

Heading for Keilor Park, the jet eventually began to climb and returned to the airport badly damaged.

The ATSB report notes that Emirates has identified a number of areas in its pre-departure procedures that need improvement and has taken steps to prevent a recurrence of this type of incident.

This was the second such incident involving an Emirates jet after it made similar statements following an incident in which one of its Airbus A340-300s crashed off the end of a runway at Johannesburg in 2004, travelling 150 metres further before beginning to climb but also managed a safe return to the airport.

This one was truly scary. Imagine the loss of life on the ground at KeilorPark if this baby had pranged. This must make people living under the take off path of R34L in Sydney very nervous.

How is it that the plane does not know at least anapproximation of its own weight?

lol talk about loss of life! i live in the closest street to runway 34 and i would of been caput. 🙁 ive had a few annoying experiences there have been alot of aborted landings in the middle of the night so basicly the plaes are just above my house and then they decide to put full thrust ( walls shake dogs bark etc) and then the rest of the ear jets jets jets taking off its pretty gay but luckily for me i like planes but in moderation