Conroy is the Kevin Andrews of the Labor Party

Conroy's filter, banana bender politics and Dick Adam's haircut -- these are the subjects that have Crikey readers talking today.

Greg Angelo writes: Re. “Conroy’s filter: a nude horse” (yesterday, item 10). Conroy is the Kevin Andrews of the Labor Party. Imagine what Tony Abbot and Kevin Andrews would do with this type of internet filtering if the Liberals get back into power. Free speech is the essence of democracy. I fear that the Labor government is pandering to the religious right rather than protecting our democratic freedoms for which the Labor movement has fought for over a century.

Secret lists of topics and subjects will be prescribed and at the push of a bureaucratic button, without any recourse,  you will not know what you are not allowed to see. The content blocking  tools that the government is putting in place are no different from controls use by despotic governments in China, Burma, North Korea, and less repressive but similarly obsessive governments in countries like Malaysia. If we allow this ISP filtering control to proceed we are potentially facilitating “Big Brother” controls for a despotic future government.

We must preserve our democratic right of access to information, ideas and images no matter how challenging. Internet filtering in the children’s section of libraries and schools, where parental supervision is not possible, is quite acceptable but mature adults should have the right to see and read what they want, within the open prescriptions of the legal and judicial systems.

Queenslander Michael R. James writes: Re. “Queensland prepares for a Dick-led government” (yesterday, item 3). The media, even Crikey in the form of Andrew Crook’s article are playing their usual game of throwing mud without shedding any serious light on the issues confronting this state, in fact almost all states in Australia.

The reasons why Bligh is in trouble has to do with the non-stop growth of the state, combined with decades of poor infrastructure planning and an appalling role of the fifth estate in informing the electorate.  That can only be expected in a city where all major newspapers are from Murdoch, but I might have hoped for better from Crikey.

Crook asks “what would Beattie do”.  We all know the answer: nothing.  Peter Beattie was just a caricature of a populist politician who managed to stay in power but without seriously tackling the problems such rapid growth creates.  He was even too timid to bring in water fluoridation (one understands, because there are still people here who believe it is a communist plot — as if such people’s IQ could be made much lower!

I agree with the old joke that those aged Victorians who move up to the Sunshine State improve the IQ of both states.). In his case he was smart enough to get out before the inevitable hit the fan.  No wonder it is so difficult to attract quality people into politics when the voters act like children and want all the sweets without paying the price.

Priority was given to a half a billion dollar football stadium, before suddenly realizing how inadequate all major infrastructure was and jumping inadvisably into massively costly projects, many of which were promoted by industry, desalination being the most egregious. We have a Brisbane mayor who, like someone four decades out of time, sincerely believes that building about $20B worth of road tunnels will solve the traffic problem rather than actually make it worse.  Both sides of politics proposed 500 new buses as their serious “solution” to public transport even though the roads and bus ways are already not coping with the bus congestion.

To be sure, Bligh was a part of the government that created this mess but she should be given some slack for having inherited most of it directly from Beattie.  She deserves some credit for bringing in some long overdue improvements (fluoridation, Freedom of Information, a better quality set of ministers, transparency of donations by developers).

The continued obsession with Traveston dam and unnecessary desalination plants is common to all governments in Australia in being driven by so-called “expert” advice but which is obviously just industry rent seeking schemes regardless of public benefit.  The proposed privatization of coal railways and a few other things is unfortunate but no really big issue for Queenslanders to get into such a lather about (my reasons for not liking it is more what I suspect what they will do with the funds — prop up the forever more expensive desal plants rather than proper town planning and public transport.)

Queenslanders need to be careful what they wish for. They get the government they deserve. It is ludicrous to imagine that by throwing out Bligh they will get a better government. Bligh should batten down the hatches and tough out the more than two years to the next election.  Her party should stiffen their spines rather than their d**ks.

Dick Adams and the best political haircuts of 2009:

Peter Tucker writes: Re. “The Best Political Haircuts of 2009” (yesterday, item 14). I know a hundred people would have pointed this out already, but Dick Adams is not a Senator. He is the federal member for Lyons (Labor).

Kate Hannon writes: You missed a classic bike pump bouffant just like our Mums and Grannies used to wear with dignity in the 1960s and 1970s in the current junior WA Liberal Senator Michaelia Cash. See the full horror/glory here.

Colin Booth writes: What about Albert Jacob from WA? 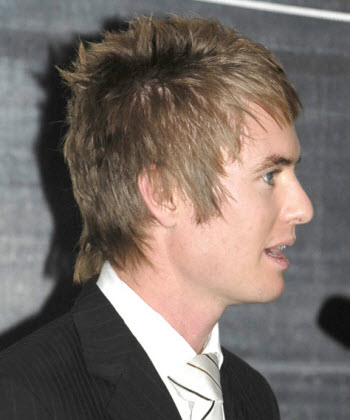 Friends of the ABC:

Glenys Stradijot, Campaign Manager, Friends of the ABC (Vic), writes: Re. “Don’t waste your time, waste theirs: a guide to writing to Ministers” (Wednesday, item 10). It’s a pity Bernard Keane’s effort to provide ‘inside knowledge’ for citizens writing to their politicians is marred by yet another snide attack on Friends of the ABC. Did this active community organisation cause him difficulty when he was a senior public servant (Manager of National Broadcasting) during the Howard years? It’s time to get over it, Bernard.

As is often the case, careless antipathy leads to error. Over the years, Friends of the ABC has galvanised many people to write to politicians and inquiries, often with powerful effect and resulting in carefully crafted responses signed by local MPs and ministers. Bob Mansfield, who received 10,615 submissions to his review of the ABC in 1996, remarked that any business would give its right arm for the public loyalty and affection demonstrated to the ABC.

It is because of its leading role in defence of the national public broadcaster that Friends of the ABC is widely respected — and not always loved by politicians, or it seems, some former senior public servants from the Howard era. We can live with that, especially as we helped save Radio Australia, campaigned successfully for the restoration of half-way decent funding for the ABC, and now look forward to the passage of the Bill before parliament which will create a new, merit-based ABC Board system of appointment.

Matt Andrews writes: Tamas Calderwood (Wednesday, comments), along with what seems to be the entire “denialosphere”, is trying to cast Kevin Trenberth’s “it’s a travesty” comments as if they were some kind of evidence against the reality of global warming.  In reality, Trenberth is decrying the lack of detailed measurement of the breakdown of the energy flows within the Earth system to allow us to track more accurately where and how heat transfers are taking place.

Tamas quotes Trenberth saying that the “ocean data are also lacking although some of that may be related to the ocean current changes and burying heat at depth where it is not picked up”; and indeed more recent evidence (von Schuckmann 2009) shows an accumulation of heat at ocean depths below 900 metres, which was something of a surprise.  In fact, Trenberth goes on to say that if heat “is sequestered at depth then it comes back to haunt us later and so we should know about it.”

It should also be pointed out that these comments are part of a robust discussion with other climate scientists, some of whom don’t agree with Tremberth’s assessment that the current estimates of heat flows cannot fully account for the variability in temperatures over the last decade.

As for the supposed evidence of scientific malpractice that Tamas cites, all four soundbites amount to, as I said, zero evidence of wrongdoing.  In fact, the Climatic Research Unit email hack clearly failed, assuming that its aim was to show that consensus climate science was built on a fraudulent conspiracy.  See, among many many articles debunking this, A few good reads on the CRU email hacking.

Justin Templer writes: Thomas Richman (yesterday, comments) wonders what Tony Abbott is to do now that the Pope blames human activity for the ecological crisis.  In one word — nothing. Tony Abbott would not be the first committed Catholic who chooses to finesse the promulgations of the Vatican.

As example, like many Catholics Abbott may choose to use condemned methods of contraception, or not believe in the literal concept of Angels (as the Pope does) or have a moment’s doubt about the impending sainthood of Mary MacKillop.

But, more importantly, Tony Abbott would know that the concept of Papal infallibility has never meant that the Pope carries an error-free guarantee in matters not relating to dogma.

Never mind Cash’s hair, she is one nasty piece of ignorant works as she rants and rails against poor refugees as if they are lower forms of life than cockroaches.

She, Chris Back, Cory Bernardi and that awful Connie F-W led a chorus of disgraceful horrors worthy of faust as they claimed that Afghan muslim refugees were living it up in the wet bars of expensive hotels in Indonesia instead of the rat holes they are really forced to live in by us at our expense.

“Conroy is the Kevin Andrews of the Labor Party”.

Classic. That thought should at least make all ALP voters take notice and rethink the merits of government censorship.