The word that dare not speak its name at Copenhagen: science

Lost in all the talk of arrests and walkouts and stolen emails have been the voices of those whose work brought this whole crazy circus about: climate change scientists, writes Matthew Knott from Copenhagen.

The Copenhagen climate change summit has been an attention seeker’s nirvana: protester stunts, global warming sceptics and grandstanding politicians have provided colourful copy for journalists locked out of most of the negotiation sessions.

But lost in all the talk of arrests and walkouts and stolen emails have been the voices of those whose work brought this whole crazy circus about: climate change scientists.

Pity the friendly folk at the American Geophysical Union who organised 650 climate scientists to volunteer to assist journalists covering the Copenhagen climate talks through an on-call email service.

Sounds like a good idea. Just one problem: only about 20 journalists have bothered to write in (over 3,500 journalists are here reporting on the conference).

Lack of promotion of the initiative probably played a role – I certainly hadn’t heard of it until yesterday – but the fact remains that scientific issues have been low on the priority list of most journos at COP15.

This isn’t really a surprise. Protesters dressed up as pandas certainly make for better photos than dour climatologists. And sceptics like Ian Plimer provide streams of juicy quotes – global warming is the greatest scientific hoax of all time etc etc – while mainstream scientists tend to shy away from commenting on politics. (Note: I’m certainly not claiming to be holier than thou – my interview with Plimer shows I’ve been as guilt as the rest of ‘em)

It’s natural that reporters are interested above all in political pageantry of the talks, Mark Henderson, one of the experts scientific volunteers, told Wired Science. But the science shouldn’t be lost in all the white noise.

“How will the public judge whether their leaders have done a good job in Copenhagen if they don’t know the likely results on the climate of the agreement reached there?” he asked.

The case of Tuvalu, which last week called for a new treaty limiting global warming to 1.5 degrees, is a prime example of a story where increased scientific knowlege among journalists could have produced better reporting.

Tuvalu’s pleas for survival made headlines around the world and the media came out en masse to film the NGO protests that erupted in support of the small island nation: 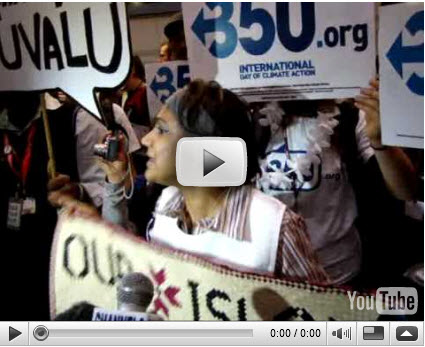 However, as Matthew England, IPCC author and joint Director of the UNSW Climate Change Research Centre, told Crikey: “Unfortunately, we´re probably already locked in to 1.5 degrees celcius warming. Whilst 1.5 degrees is a laudable goal it´s virtually impossible to achieve without a shutdown of all industry.”

This is a reality I didn’t see reflected in most media reports.

Dr England said that emissions reduction targets on the table from rich countries like Australia at Copenhagen are disappointly low. “Scientifically, if you look at all the climate models and our understanding of past climate change we need to be reducing carbon dioxide emissions by about 40 per cent by 2020,” he said. “At the moment many of the targets are around five to six per cent. There’s a big gap between what is being considered and what the science is saying we should aim at.”

The full interview with Dr England – in which I also ask him about the impact of the Climate-gate emails and his hopes for COP15 – can be viewed below: 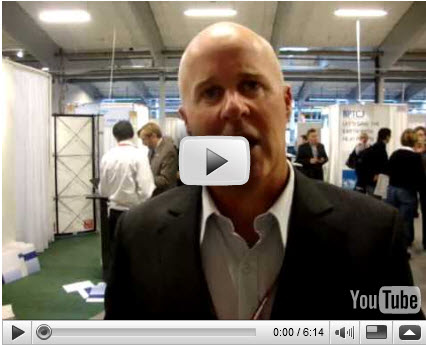 What is a “climate change scientist”?

What a tragic wasted opportunity.

Here’s a thought: invite 20 of the worlds best climate scientists to visit the United Nations when it is sitting. Get them to talk about the problem, and ask the world to do actually something about it. Clearly having a big event in Copenhagen to try to achieve something has backfired.

We really need a boring and dry actual meeting that plans to really do something. Keep the media away till it is all over – that way there will be no grandstanding by idiot politicians and skeptics.

I know, I know… tell him he’s dreaming….

I can’t say that I am surprised that mankind cannot come to any agreement as we’re simply not that intelligent a species. We are looking down the barrel towards our extinction and we can’t see it!
If you have children or grandchildren I can only sympathise.It is how those responsible will explain why they did nothing which interests me.

When have facts & reality EVER swayed phantasy & emotion? On this planet. In recorded history. Religion was once the preferred method of social control then that damned Education Bill of 1845 made Jack think that he could think as well as his Master so representative politics was invented, though still a few (hundred) bugs to be worked out, to control yoiks with more amendable/biddable/bribable yoiks.
Why don’t scientists just stick to their job of making better weapons?

ABC and the Oz are particularly bad at reporting the Copenhagen conference and the science of climate change – they would have nailed Tuvalu on their stunt – 1.5C is already locked in as anyone with the remotest interest in the published sicence already knows – , but they didn’t BECAUSE they are clueless. ABC is so bad. Blaming the show-offs outside and China inside for stymying the talks. Not following the actual money-trail which leads straight back to coal interests and their US and Australian diplomat friends who are trying to roll back Kyoto and strong arm the China India axis into measurable and verifiable targets. Interesting, that Di-Aping called Rudd and Wong on their two-facedness. Interesting, too, that the AFR is doing the best job on reporting climate change politics at the conference – J Breusch easily beating all others. – although Matthew Knott’s report is the best I have seen on Crikey. Let;’s get some more detail on the finance deal and the REDD, please.