The Best Political Haircuts of 2009

Crikey presents its list of the top 10 political haircuts for 2009. From rangas to sharp bobs and salt and pepper sexy, take your pick of the best, says Luke Williams.

Show-business for the ugly? Well even the ugly, the bland, the bureaucratic and the ideologically extreme have to find a way to style their hair. Crikey has put together an expert panel of hairdressers Cara Piccioli and Chris Greacen and Sydney-based model/photographer David Paris to come up with the 10 best politician haircuts in 2009.

Admittedly, the talent pool was not particularly strong and there was a clear partisan bias for middle-aged Liberal women and hipster Labor men.  Happy to hear your suggestions.

Brownyn Bishop — The rise of the fallen one?

Once boasting the tallest hair in Australian politics, as Bronnie’s political ambitions slowly dissolved in a bath of kerosene, so too did the height of her hair.  Though still wonderfully rigid, Bishop’s hair today is more of a classic chignon bun than beehive.  The new Shadow Minister for Ageing impressed the panel with her generous use of hair-product, as Mr Paris glowingly remarked, “a girl can never have too much hairspray”.

There is some speculation that Bishop’s hair may rise again now that her political career has made an unexpected comeback. Certainly, nostalgics and drag queens from all walks of life will be quietly hoping for a Bishop beehive-renaissance (and for an explanation about why Liberals make everyone else rich at their expense because of their infallible neoliberalism click here). 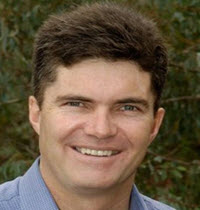 As far as male politicians go, this haircut is about as wild as it gets.

The panel was unanimous in selecting Whan. His edgy, spikey cut suggests a repressed anti-establishment party man who “don’t play by society’s rules”. Appearance is, of course, not always the same as reality. Whan is actually a Labor career politician who represents a very marginal, very conservative electorate of NSW. So it seems, some rules (like conservative values and those used in Labor factional games) just aren’t meant to be broken if you want to be Emergency Services Minister in NSW. 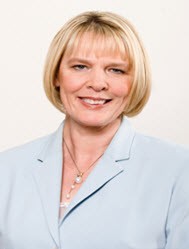 Robyn is a rare type in our great nation, she is not a Liberal Party Minister — but a women in cabinet to boot!

The Western Australian Minister, impressed panellist Piccioli, in particular, with her smooth sultry bob-cut. It’s not a trendy Posh Spice cut either, it’s subtly layered with a neat cut just above the brow line — timeless and reminiscent of Anna Wintour’s page-boy bob that  has endured virtually unchanged over the decades. Two thumbs up for McSweeney! 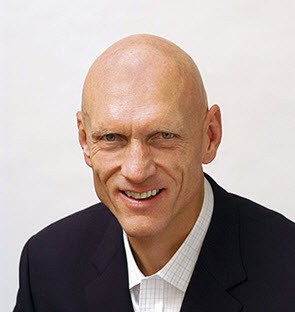 Garrett has proved the shaved head for men is a style for all seasons. The shave has not only been malleable enough to work in  music videos and parliament, it has also survived near full-scale policy flip-flops from his time as an environmental activist to a pragmatic Labor politician.

There are also ongoing debates about the real colour of Garrett’s hair. Tim Blair has used this video to argue Garrett shaves his hair to hide his “ginger nut” locks. Either way, trying to picture what Garrett would look like with a full head of any type of hair feels unnatural to the point of bringing on an anxiety attack.

Julia Gillard — Hair is important to her 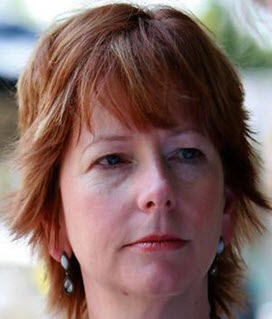 Whoever her hairdresser address is, he does a great job. Personally, I’d be putting him on a political advisory committee of some sort just for his obvious creativity and flair. 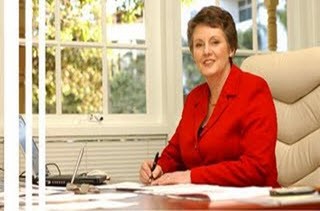 “Chosen solely because she has exactly the same close-crop and subtle tint as my own mother,” according to Paris. Indeed, there is something comforting about the maternal, rural, middle-class and conservative stylings of this Liberal senator that transcends one’s natural political leanings. I reckon I’d even take Wednesday off work just to eat cake with her at mid-week ladies tennis. 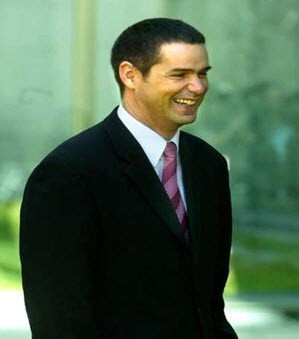 David Paris loved Conroy’s cut for being as stiff and televisual as Ray Martin’s, he certainly has the looks for television — although his slight lisp might make a future broadcasting career difficult.

Kate Ellis — If You Need

Glamorous in a suburban netballer kind of a way. Also, don’t be fooled by the friendly smile — those sharp cuts suggest she could be a rather aggressive type of goal-defence if you wanted to take her on. 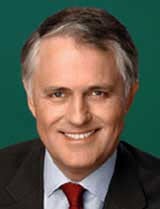 Many female Labor voters had a hard time with the fact they liked his policies and found him sexually attractive.

Certainly, his arrogance helps with his sexual appeal. So too his characteristically slick, urban, socially-progressive, toffee haircut. Judging by the reaction of the panel, Turnbull might be the most popular Liberal leader with the gays since Andrew Peacock. After all, Abbott might have the body but he doesn’t have Turnbull’s suave cut (or progressive style of Catholicism for that matter).

AND THE WINNER IS… 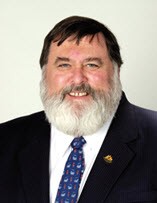 The perfect dualism of his black hair and grey beard made him the overwhelming favourite among the panel.  His aesthetic, which was developed and perfected in the abattoirs of Northern Tasmania, would have made him quite a striking spectacle before the advent of colour television.

The question remains about whether the two are naturally different colours (which is reasonably common, I’m told) or if the Senator’s vanity only extends across the top half of his head.

This is an old photo of Julia Gillard. She has much better hair nowadays. Disgraceful. Do better Crikey!

Bronnie should do the purple spikes in the montage. It’s a great improvement on the 1960’s Ansett Air Hostess style she usually adopts. It makes her look human. And alive.

It’s not until you see the kero queen in person that you realise how short she is. No winder she used to pump up the hair, LOL.

I thought that the fine, fine Christopher Pyne did very well with whatever it is that grows out of his head.

@First Dog On The Moon: You need do nothing with Bronnie for your cartoon, this photo is horrifying enough.