It’s getting hot in here…

The temperature of the world is actually on track to be warmer at the end of the century by 0.1 of a degree Centigrade than it was before discussions at Copenhagen started.

The temperature rises. Perhaps never before has so much been written by so many that tells readers so little about what is actually happening as the Copenhagen climate conference. The only sure fact that I have gathered after 10 days of breathless reporting is that Danish policemen employ similar tactics on mindless demonstrators as those in other parts of the world. As to what progress if any has been made on getting an international agreement on climate change I am none the wiser despite religiously reading thousands of words from journalists around the globe.

In desperation I turn again to the Climate Scoreboard lovingly constructed, as I described in Crikey earlier in the month,  by the Climate Institute to keep track on the progress at Copenhagen. It now shows that after decisions made so far by delegates the temperature of the world is actually on track to be warmer at the end of the century by 0.1 of a degree Centigrade than it was before discussions started. 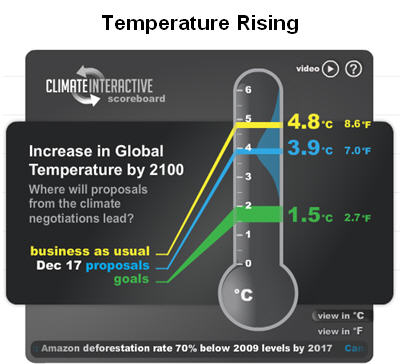 So much for hot air.

Sticking like the limpet. Our man Kevin is not leaving much room for Tony Abbott to attack him. The Australian strategy in Copenhagen is to stick closely to the United States. It looks like whatever is good enough for them will be good enough for us which continues to bring criticism from developing countries about the Ruddsters climate change credentials with this report giving the flavour: 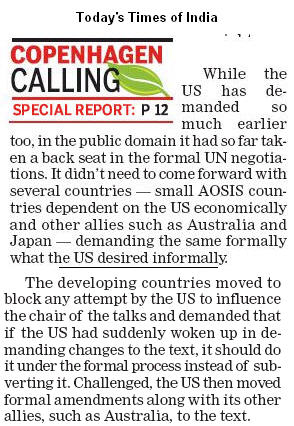 Promoting family values. In Uganda the government claims that its new legislation which has the death penalty for those engaging in some forms of homosexual behaviour is designed to promote family values. Elsewhere, as the BBC has now discovered, the legislation can bring forth a tirade of homophobic commentary. 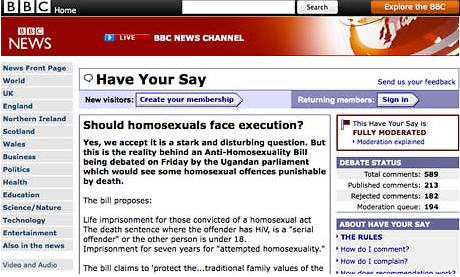 When it asked readers to have their say there were more than 600 comments, only 200 of which were deemed suitable for publication. Somewhere along the line someone at the BBC twigged that the question was perhaps a bit too provocative and a substitute was made:

The London Times has reported that the change in wording came after a protest from “the BBC Pride board, which is composed of gay and lesbian staff at the corporation.”

Comments are no longer being accepted.

Getting a grip on drought. The new NSW Premier Kristina Keneally has been out and about this week learning at first hand the problems of rural drought. 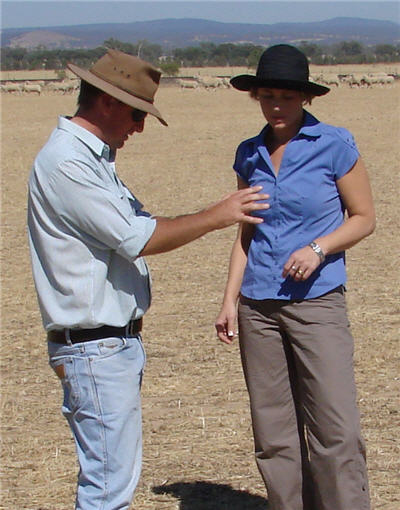 Surely not, that hatted fellah is not about to handle a part of the premiers person, but then perhaps they are bosum buddies just keeping abreast of the drought. Its a tittlating subject.

That last picture is pathetic. I know its Christmas an all but really?