Windschuttle hung out to dry on the rabbit-proof fence

Keith Windschuttle's appearance in last week's Oz Spectator may be the first example of Howard-era retro-chic, in an article focused obsessively on the 2002 film Rabbit-Proof Fence

Make a note of this date, for the annals of largely meaningless culture wars — for history will record December 15, 2009 as the day the Australian hung Keith Windschuttle out to dry on the rabbit-proof fence.

What’s going on may be the first example of Howard-era retrochic. Promising a startling revelations, we get a rehash of a debate had in 2002. Windschuttle’s article is focused obsessively on the 2002 film Rabbit-Proof Fence, (about three girls removed from their communities as half-castes who trek home hundreds of kilometres) and claims that it misrepresents, or omits, key facts about why the girls were removed. Windschuttle argues that documents demonstrate that A.O. Neville, the “protector of Aborigines” removed the girls because they were “running wild with white men”.

Windschuttle’s evidence is tenuous — one letter to Neville from a woman in the area — but in any case it doesn’t in the slightest contradict the indisputable fact that there was a well-documented policy of child removal for the purpose of dissolving the Aboriginal race. So a heavy-breathing story in the Oz spruiking Windy’s claims was followed by a report from the filmmakers themselves releasing a letter by Neville, noting that:

I agree with you that in this case it would be inadvisable to allow ‘Daisy’ to mate with her tribal husband who is a full-blood, and as legal guardian of this child I desire it to be known that I disapprove of any such proposition and do not wish the matter to be further considered

Neville, whom the white-knight Right have taken as a sort of martyr, was an undoubted eugenicist and racial dissolutionist (as were many people of the time) , and an active campaigner for such, noting:

The blacks will have to go white. It is exemplified (by) quarter-castes and by the gradual absorption of the native Australian black race by the white.

So the story is the same old selective argument and omission of evidence that Bolt, the comic dog, chases his own tail with. But it’s even the same story. In an article for The Australian on the March 11, 2002, the late Peter Howson and Des Moore wrote virtually the same article, noting that:

When he received reports these girls were being allowed to run wild amongst whites and were in danger, Neville acted responsibly …

So how did Howson and Moore know that the phrase “run wild among whites” was being used about these girls if Windschuttle “discovered” it? Probably because he didn’t. It’s a non-news story spun from an article in the Spectator and bounced into the Oz, in true Howard-era fashion. Today’s story on the matter with its headline ‘Filmmakers dispatch historian to the fence over distorted history’ and the much longer account of the film-makers side of things is another example of the Oz having to correct the record on Keith – and getting a good story out of it.

What’s even more telling is that both pieces were published by the same editor — Tom Switzer, oped at the Oz in ’02, associate editor of the Oz Spectator now. There is no way he doesn’t remember the Howson/Moore article. Apparently he just doesn’t care. Well, fair enough — everything has gone sour for him since he left the Oz’s sheltered workshop (Brendan Nelson’s media adviser, failed preselection candidate), a little nostalgia for the glory days is permissible.

This whole phony stolen generations re-hash apparently comes from “volume three” of his series “The Fabrication of Aboriginal History” which follows hot on the heels of … “volume one”. What happened to volume two? It is nowhere to be found, even on the website of Macleay Press, the semi-vanity publisher Windschuttle established after marrying into the wealthy Fink family.

But none of the White Knights seem to care. That’s the full march hare madness of the whole business — the Right are so devoid of ideas, energy and focus (witness the vacuous and fluffy piece by Peter Coleman kicking off the “What’s Right” series) that they will allow themselves led by the nose of a man who was calling for an Australian peasant revolution in the ’70s (“soon the oil will run out, and white workers and the Aborigines will join together …”).

They broke the mould before they made Keith, and the crack runs right up the middle of him. He genuinely sees only what he wants to see, which is why he fell so easily for Katherine Wilson’s “Sharon Gould” hoax, even when there were a few clues planted to get him off the hook

And one cannot but wonder at the way in which their obsession with the stolen generation era, seems to shadow the obsessions of the time — its haunting fear of miscegenation chief among them. Windschuttle’s fairly ugly comments about who this or that person was “screwing” in the 1930s, bodies forth all the shivering s-xual anxiety of that era, its transmutation of personal repression into political repression.

But, of course, Windschuttle saved the best for last. Replying to the filmmakers’ release of the letter he simply changed his story utterly, saying, according to the Oz, that: “if Daisy was betrothed to marry an Aboriginal man, it would have been in her interest to be removed”.

So, quite aside from the fact that he’s changed his story — he had earlier argued that Daisy and other girls benefited from removal because they would be rejected by their clan, and now that they had to be removed because they wouldn’t be — he is now, as I read it, endorsing a great chunk of the policy that underpinned the stolen generations’ practice: that Aboriginal society itself was pathological, and its very operation cause for removal.

There’s a moment in the great film Judgement at Nuremburg where a judge is on trial for his alleged complicity with the Nazis. Proving this involves digging up an old case of s-xual assault he ruled on, and a defendant from that case is found to be retried — and thus the whole guilt of the Nazi regime is brought to judgement on a prosecutor yelling at a witness “did you kiss her? Did you kiss her?”, before one of the Nazi defendants shouts at the prosecutor to stop, that guilt or innocence of the matter at hand does not hinge on a single incident.

That’s the point we’re at now — the sad fag end of the culture wars, where sick old men and sick young men born old, obsessively pore over the question of who f-cked who, of people long dead. The cultural Right takes to necrophilia easily because it is in the land of the dead, and that’s all it has.

When Windschuttle took over Quadrant, I suggested that he would destroy it. He is well on his way. Though he has goosed up its online presence, he is hollowing out what remains of his credibility with his mad obsessiveness. One or two whacks more, and it will have the same bearing and demeanour as the League of Rights’ “On Target”.

Tom “Heidi” Switzer seems set to do the same with the Oz Spectator, whose UK parent — a once great magazine under Charles Moore, Dominic Lawson and later Stuart Reid — has become an ideas slum for alcan-hat global warming and the “HIV does not cause AIDS” crowd. A revival of Howard-era detritus was always on the cards.

Rabbit-proof fence? Down the rabbit hole, more like, with Keith as Twitchy Alice, and the Mad Switzer and the Red Queen (guess, guess) following on behind. 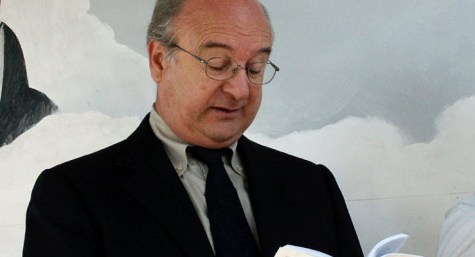 This is sickening isn’t it? I wonder how those aboriginal people who were forcibly removed, only because they weren’t ‘black enough’ feel when this stuff is published. There’s been so much pain and anguish for generations, without this hateful tripe being thrust upon them. How many can fight back? How many have the emotional energy to do so? I suppose the massacre at Myall Creek didn’t happen either, as told in ‘Demons at Dusk’ which the author, Peter Steward researched for 20 yrs before commencing this book! I couldn’t get this book out of my head for weeks after I read it.

I feel ashamed by these hateful people, who’d probably like to think, that they have a certain standing in the community. Maybe when they all lie down and die, will those who were stolen children will have peace and justice! There’s no peace without justice!

Tiny correction – it was the defence lawyer, not the prosecutor in judgement at nuremburg. pologies

The CRU and Copenhagen are desperate for your kind of rhetoric and ad hominems…please call them immediately.