New Idea's publisher has been ordered by a judge to give up its sources for an article that falsely claimed former soapie starlet Bec Hewitt had another man in her life.

New Idea versus the Hewitts. New Idea’s publisher has been ordered by a judge to give up its sources for an article that falsely claimed former soapie starlet Bec Hewitt had another man in her life, a former fitness trainer identified as “Minder Mark”. — The Australian

Sydney: top radio city. Melbourne’s brief stint as Australia’s number one radio market has ended after just one month.   In figures for October, Melbourne had nosed ahead of Sydney, with a market worth $17.8m for the month, compared to Sydney’s $17.59m. — mUmbrella

Blogging bureaucracy. Blogging, tweeting and the liberal use of Facebook … far from being a hindrance to getting on with the job, these might soon become a significant part of life in the public service. — The Age

Why reality TV is bad for us. Amid the smoldering wreckage of the popular culture, the author blames reality TV, which has not only ruined network values, destroyed the classic documentary, and debased the art of bad acting, but also fomented class warfare, antisocial behavior, and murder. — Vanity Fair

CNN goes local. CNN.com is investing in Outside.In, a start-up that feeds neighborhood blogs and other local news and information to the websites of newspapers, TV stations and other media. – Wall Street Journal

And when news gets hopelessly outdated: 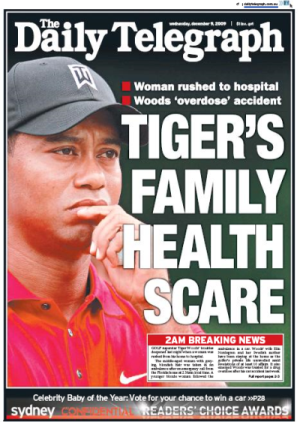