On Monday we launched the Crikey Caption competition for an amusing photograph of Joe Hockey leaving John Howard's house. Too bad all the entries were terribly unfunny.

On Monday we launched the Crikey Caption competition for an amusing photograph of Joe Hockey leaving John Howard’s house.

They are not funny.

Sorry, A for effort, but roughly one third of the entries were who farted?  jokes, followed up the rear (ha!) by fat jokes. Admittedly, the Yoda ones were a little bit funny.

So the winner is … Frank Campbell. For wearing us down.

Frank sent us 43 entries. And counting. He’s still sending them.

But today we’ll give the last word to the Frog. Today is Jonathan Green’s last day in the bunker, so we thought it fitting to run his effort: 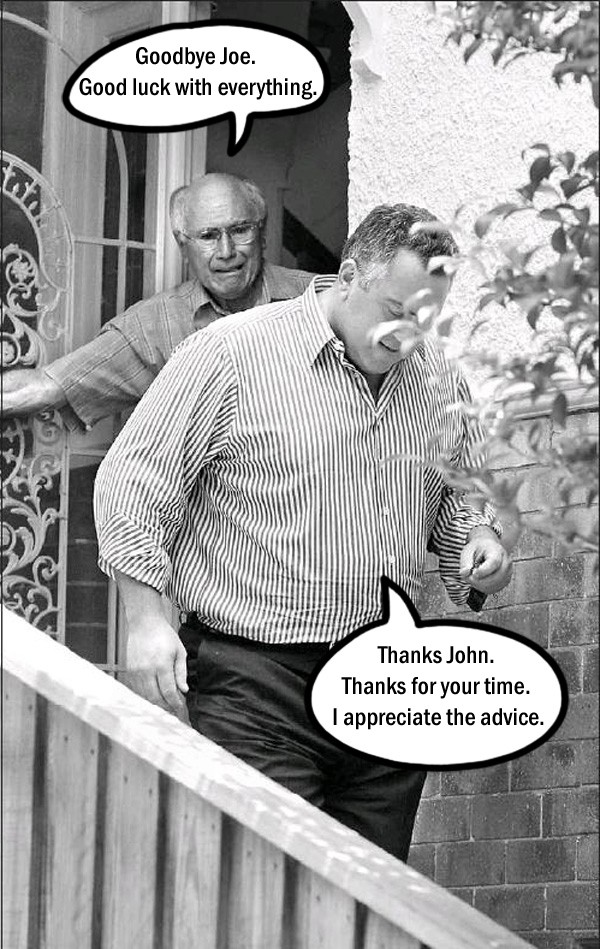 The Crikey contest goes down to the wire